A COUNTRY owner who sued over a leaky sports car that filled with water when it rained has won a £118,000 legal battle with the seller.

Alison Kynaston-Mainwaring, 49, said the “catastrophic” leak had knocked out the electricity in her car, rendering it almost worthless.

Ms Kynaston-Mainwaring, a keen dressage rider who runs an equestrian center on her property, bought the Mercedes AMG GTC Roadster in August 2018.

But the first time she drove away parked outside her garage, Mrs Kynaston-Mainwaring was stunned to see the floor of the car full of rainwater.

She then sued the seller, luxury car dealer GVE London Ltd, and has now won a payout of £118,334 from the Court of Appeal’s top judges.

Lord Justice Phillips upheld an earlier ruling that the car Ms Kynaston-Mainwaring received was not of “satisfactory quality”. 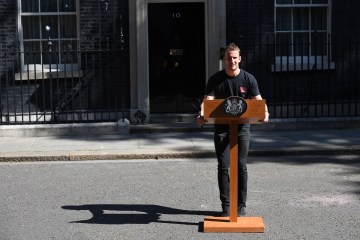 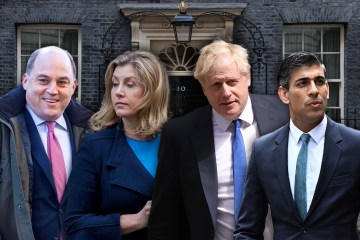 However, he said the court’s finding did not mean the problem was “inherent” to the GTC convertible.

With her husband, Mrs Kynaston-Mainwaring owns the Hardwick Hall estate in Shropshire, which has an old listed Georgian house at its centre.

The hall, built in 1720, has three floors and a basement, with villas flanking the south and north sides.

The extravagant country estate also includes a park to the south and a lake to the north.

It was also the birthplace of the famous Shropshire bandit, Wild Humphrey Kynaston.

In his judgment, Lord Justice Phillips said that after buying the car, Mrs Kynaston-Mainwaring kept it locked in a specially modified garage at her home.

It was only left outside for a few days in November 2019 and on November 22 when she went to move it, she found the floor filled with water.

The leak caused extensive damage to electrical components and wiring, and experts later said it was only worth around £8,500.

Ms Kynaston-Mainwaring sued GVE London at Manchester High Court and was awarded a payment of £118,334 in March this year.

The amount included a refund of the purchase price minus £5,000 for his use of the car, plus damages totaling £1,334.

At the High Court, Judge Richard Pearce heard that the problem with the car was a blockage in a roof drainage channel which caused rainwater to run onto the floor.

He concluded that there was no reason to suspect that the duct had not been cleared when the car was serviced in May 2018 or when it was delivered to Kynaston-Mainwaring in September 2018.

However, by February 2019 the car had been “fogging”, and in April 2019 a mechanic examining it noticed “carpet dampness” on the floor.

GVE claimed the problem was due to the drain channel not having been cleared when the car was serviced by a Mercedes-Benz dealer before being delivered to Kynaston-Mainwaring.

However, the judge found it more likely that the canal would have been cleared as it was common practice and that Mrs Kynaston-Mainwaring’s private car must not have been “of satisfactory quality”.

Lawyers for GVE London argued in an appeal that the judge’s finding that the channel had been licensed in May 2019 was based on “flawed reasoning and to some extent speculation”.

Ruling on the appeal, Lord Justice Phillips said GVE’s claim was “plausible” but it was not enough to overturn the earlier decision.

He said the outcome of the case had no “further implication” as there was no suggestion that the GTE model itself had an “inherent flaw”.

Lord Justice Snowden and Lord Justice Green accepted his decision and GVE London’s appeal against the award of £118,334 was dismissed.