Jeep presents its Avenger at the Mondial de l’Auto in Paris, just to make its European ambitions immediately understandable with this model. With a length of just over 4 metres, the car is still a bit more compact than the Renegade and therefore probably a bit too small to convince many American customers, for our roads and cities it should be absolutely perfect. Of course, the style is hardly surprising, the opposite would have been surprising… A Jeep must remain a Jeep, regardless of its mode of propulsion.

Thus, even this Jeep Avenger has a seven-slot grille, now common to all four-wheelers of the brand. Also note the recessed headlights, to better protect them in the event of a collision. With its flared wheel arches, it also looks sporty and even quite rugged, which was undoubtedly a real need to help true Jeep fans make the transition to electric driving. Speaking of which, the shape of the rear lights is also somewhat inspired by the classic X-shaped jerrycan for…gasoline.

Regardless of its mode of propulsion, a Jeep must also perform well off the asphalt. Hence the rather large wheels, generous ground clearance (20 cm), wide approach and departure angles (20 and 32 degrees), Hill Descent Control and also a Selec-Terrain system as standard. It offers a choice of six modes, including Sport for more dynamic driving and Snow, Mud and Sand for better traction in more difficult terrain. However, you won’t be using it to conquer California’s Rubicon Trail, known to be home to many Wrangler adventurers, because the electric motor only drives the front wheels of the Jeep Avenger.

Don’t expect peak performance from the Jeep Avenger, the American offshoot of Stellantis doesn’t have the ambition to join the race for kW that many other brands are involved in these days. The car is equipped with an electric motor (at 400 volts) of 115 kW or 156 hp, the maximum torque is 260 Nm. With a 54 kWh battery, it reaches a range of 400 km according to the WLTP standard. In a purely urban cycle, this autonomy amounts to 550 km. With a public fast charger, three minutes should be enough to drive another 30 km. In 24 minutes you increase the battery from 20 to 80% of its capacity. This is apparently the same, recently improved, technology used in Stellantis’ electric city cars, namely the Peugeot 208 and others. 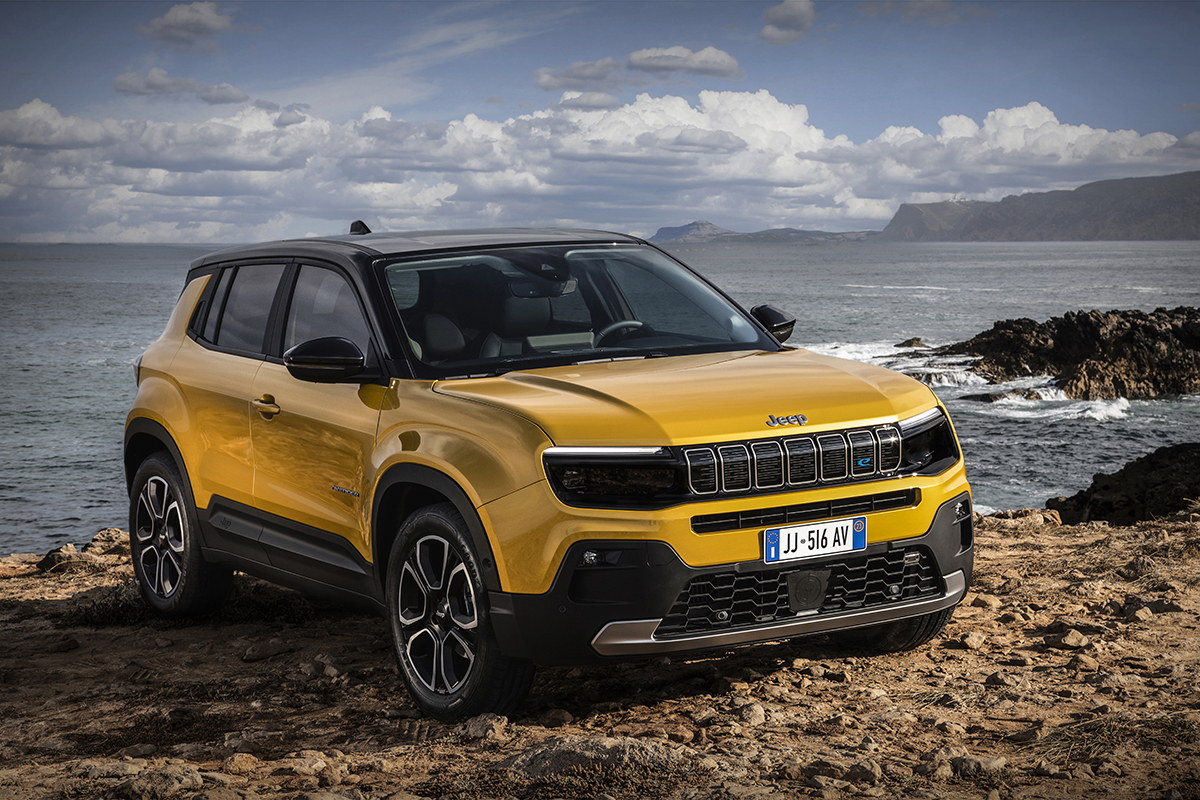 For the interior of the Jeep Avenger, the choice fell on a fairly clean and robust design, somewhat inspired by the Wrangler. In the upper part we find a set of functions and the air valves. In the center is a 10.25-inch touchscreen. At the bottom of the dashboard there is considerable storage space. In the trunk, with all seats up, there is 355 liters of cargo space available.

The exact equipment options for the Belgian market remain to be seen, Jeep is already promising electrically adjustable leather-covered seats with massage, multi-colored mood lighting, automatic climate control and a large sunroof. A number of specific accessories and personalization packages will also be offered that Jeep customers are used to. The car is also equipped with almost every driver assistance system imaginable today. 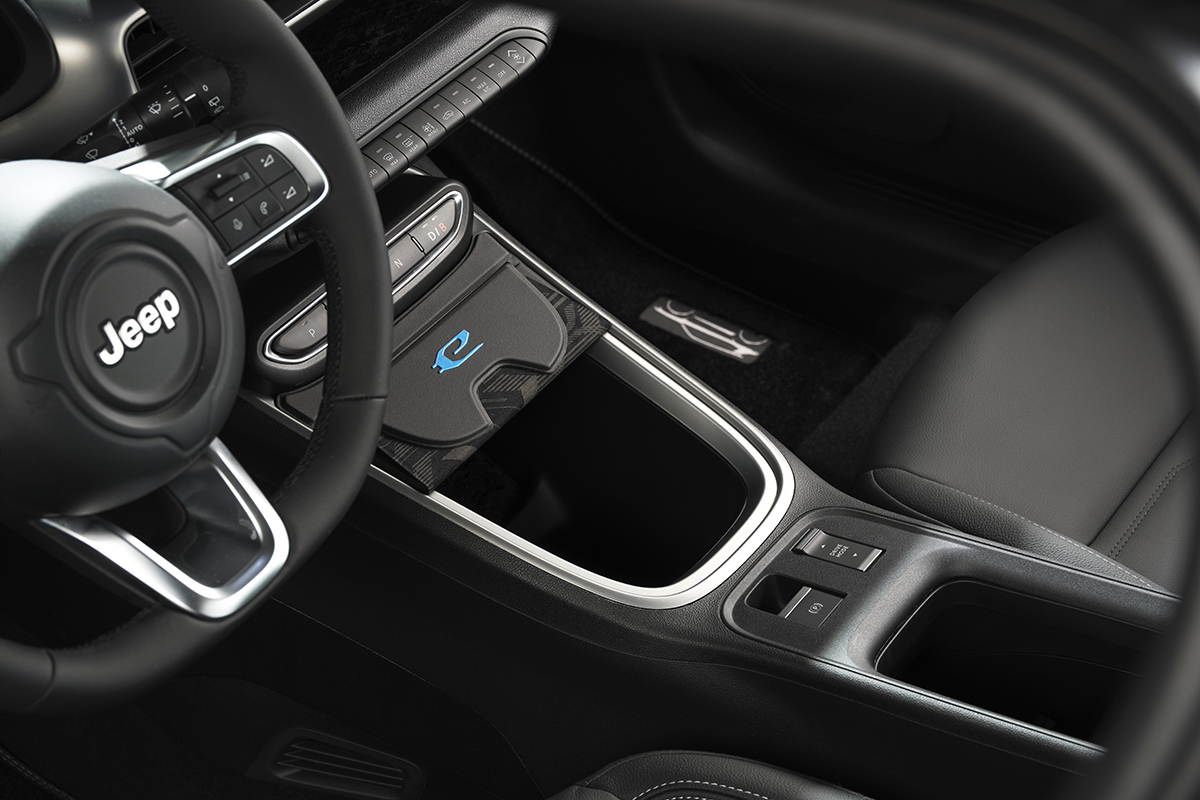 Like other Stellantis models, the Jeep Avenger will be built at the factory in Tychy, Poland. It was completed in 1975, and since then 12.5 million cars have rolled off the assembly line. Again, further investments were made, precisely to prepare the unit for the production of cars based on the new SUV platform for the B segment on the European market.

The Jeep Avenger is the first in a European series of electric vehicles that will already have four fully electric models by 2025. Jeep thus aims to become nothing less than the largest brand of electric SUVs in the world, but of course the American subsidiary Stellantis is not alone in showing such ambition. The plan even calls for a kind of top-of-the-range Wagoneer S, such a luxury electric SUV will then have to compete with similar products from high-end German brands and of course Polestar, Volvo and Tesla, among others.