A space freighter is traversing deep space. On board a very precious cargo that must not fall into the wrong hands because the political forces that rule the galaxy could drastically change sides and thus change the course of history. A team of Empire dragontroopers board the freighter and break through its thick hull in search of the sacred gold.

During this time, the Emperor and the Great Houses struggle to maintain cohesion in the Imperial Provinces, whose political interests diverge. Within these houses, a young aristocrat tries to understand the great forces that rule the galaxy. Among these we must count the old god Loki. The latter takes advantage of the current suffering to collect artifacts to regain his former power and integrity. 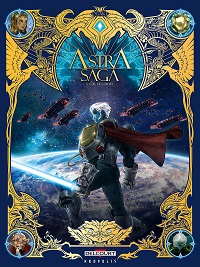 See the name of Philip Ogaki on a cover represents, in our eyes, a guarantee of quality, as well as involvement in the story and in the desire to give the reader a beautiful moment with comics. The author of terra premium has actually taken it to the next level in every way. If this previous series told about the arrival of a ship colony of humans who had spent several generations in space before approaching a new Earth to settle there, the author goes beyond this planetary stage to include this time a entire galaxy, as well as various peoples who compose it. Plus, he’s going from the comic book format to a big Franco-Belgian volume… which also still seems pretty small for him, given all he wants to tell and draw.

Because with Astra Saga, we take full head and full eyes on each side! First of all, full of the head, because its scenario is again very skillfully constructed. Not only does it honor two main characters: a young man from the slums and an aristocratic woman full of mischief. But in addition, he plays with the different periods in his story to show both how they behave in adulthood and how they have developed since childhood, skilfully coming into psychological depth and connecting with the reader. 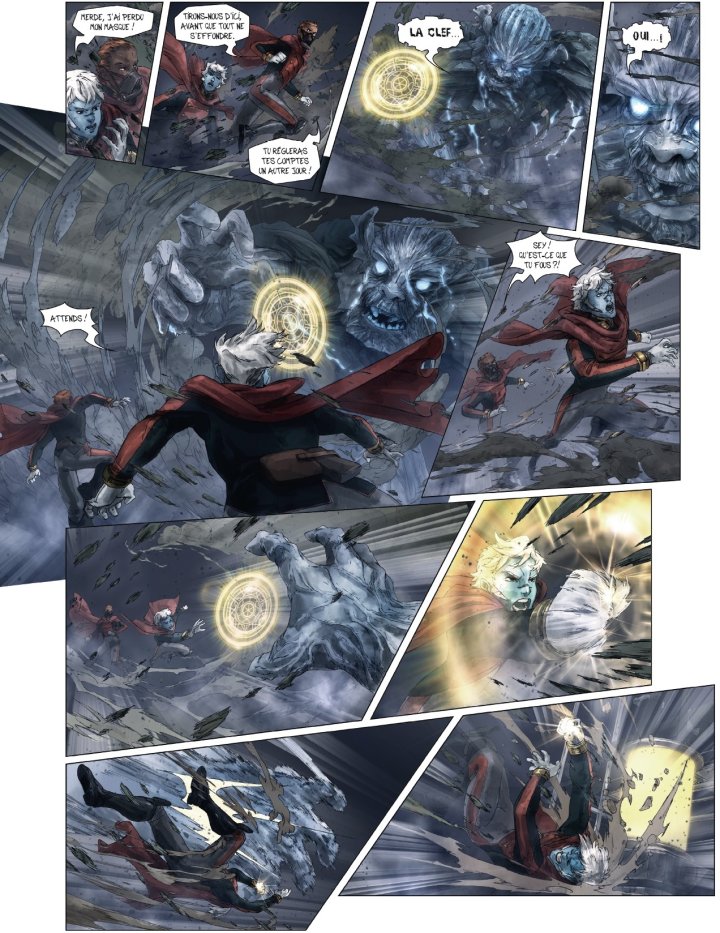 These strong identifiers are part of a framework of great richness but which manages to remain simple: an empire experiencing its own discords and an enemy seeking to invade it. And in this empire, aristocrats and the left behind, often within planets blown by Ragnarök. In fact, the basis of Scandinavian mythology is added in this interstellar story. Gods who knew the secret of superluminal travel but died after a terrible battle.

All these elements are distilled according to the important episodes of the lives of our two young heroes. No long explanations (except on the cover, but they are not essential), no professor who tells the history of the universe over twelve pages, on the contrary, dynamic sequences that mix twists, fights and well-established characters. Let’s add an aristocratic world and the center of gangsters, which also add a lot of charm to the whole, and you get the main ingredients of this stellar saga. 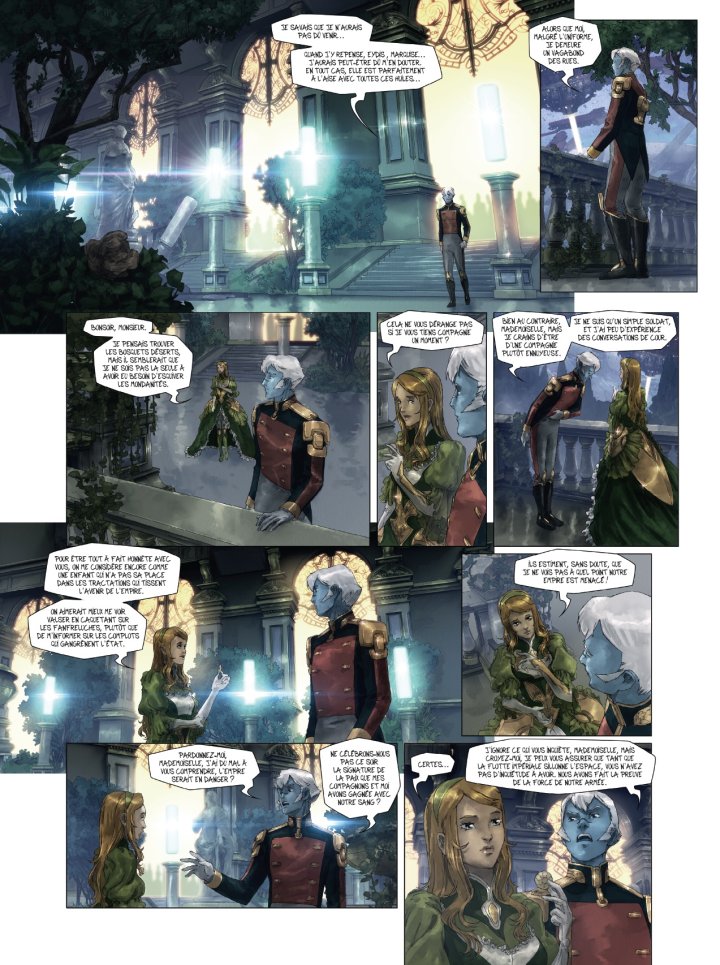 We’re also amazed that designer Philippe Ogaki has surrounded himself with a real team to create the colors and 3D effects of his series. It is so advanced that we find ourselves more in an animated feature film than in a cartoon. For each sequence, the author imagines a very elaborate setting (ballroom, ship plan, castle architecture, etc.) that he often only uses in a single plate, that is, involving the whole team to really immerse the reader in this galactic battle.

In a way, this graphical requirement represents a disadvantage for some readers who appreciate greater legibility in the albums. The care given to the colors and to the representation of this universe would also get its full dimension in a very large format, a luxury print that would best enhance the excellent work that has been done. 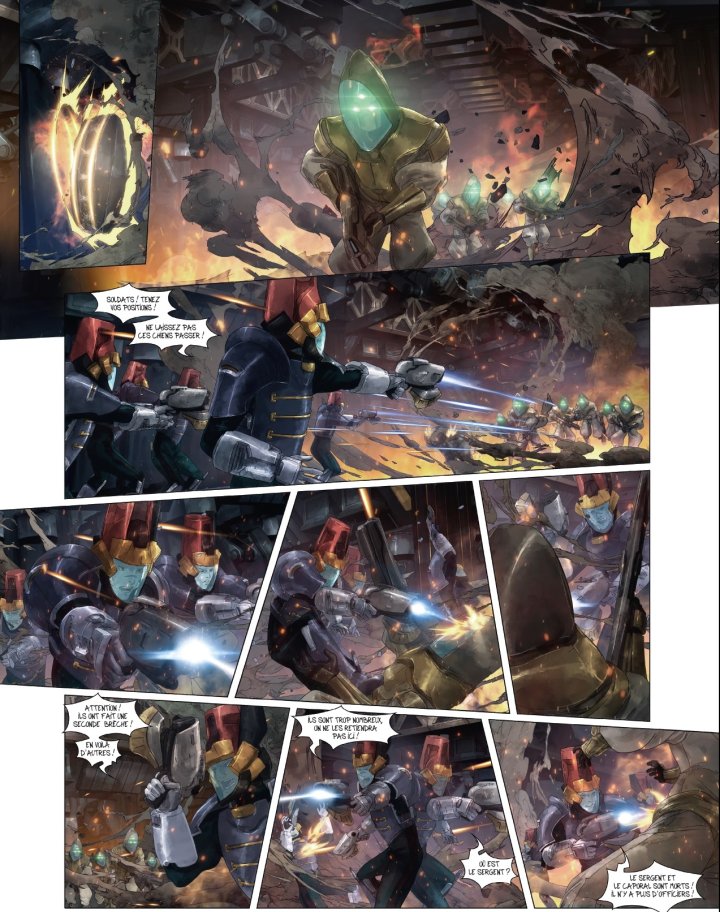 As far as we’re concerned, this second volume, which has just been released, already allows the series to rank among the best space operas of the year, and we eagerly await the continuation of this legendary series in more ways than one. 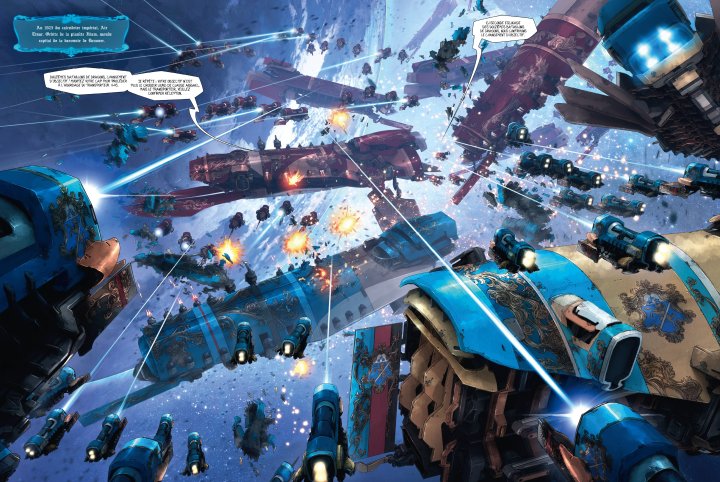 The double side of one of the galactic battles

This article remains the property of the author and may not be reproduced without his permission.