Chamonix, Ventimiglia, Port-Bou, La Baule: certain historic ends of the national network have imprinted beautiful images on the memory of the French. Collectors also vie for railroad posters from the first half of the 20th century, illustrations of an elitist “travel art” at the time.
The center of France hosted one of these prestigious terminals: at Mont-Dore station (Puy-de-Dôme) the line came up against a mountain, as in Chamonix. The “Thermal Express” poured its spa guests, skiers and hikers at the foot of Sancy. Since 2016, the stations La Bourboule and Mont-Dore are no longer served. Only the Clermont-Ferrand-Volvic section remains, at least for passenger transport. The daring railway that twisted to cross the Puys range was downgraded in suburban survival.
Stripping continues, but the French rail network retains a large number of spectacular routes. From Corsica to the Jura, all our mountains have their mythical trains that spin over cornices and dizzying works of art. The attractive landscape supports the frequency of the yellow train (Pyrénées-Orientales) or the Train des Pignes (Nice-Digne).

The Rise of the “Slow Train”

In the Massif Central, users are fighting for the Cévenol (Clermont-Nîmes) or Aubrac (Clermont-Béziers) lines to keep their daily trains and not be reduced to their tourist interest. Elsewhere, it is sometimes precisely the tourists who make it possible to revive crazy breakthroughs every summer through mountains and gorges (Gentiane express in Cantal, Chemin de fer du Haut-Forez, etc.)

In 2019, Juliette Labaronne identified “30 rail breakers” in France. These are sometimes just simple TER lines dividing a pleasant bocage. She made a book out of it: Slow Train (Arthaud), which is part of the new fashion for slow travel and a change of scenery with low carbon emissions.
Another militant print, journalist and writer Olivier Razemon (Le Monde) regularly offers “destinations” in “car-free weekend” mode and therefore accessible by train.

A ticket to another place

The successive narrowings of the railway network have broken many historic junctions (Saincaize, Saint-Germain-des-Fossés), but the countless cut lines have brought new terminals like so many unexpected “ends of the world”.
Since 2011, in Avallon (Yonne), everyone has come down! Morvan is no longer divided straight through by a TER. Ten years later, Pierre Demoux continued on foot to Autun, along the disused line (In search of the ghost train. Éditions La Tengo).
Not everyone dreams of being a pilgrim on his way to Saint-Jacques-du-compostage. A simple trip on the TER can offer this ticket to other places, a change of scenery.
As destinations to be cleared, here is a selection of small terminal towns with a strong temperament. They have in common that they are full of history(s), know-how and good products. We let you find the Hôtel de la Gare and its famous paupiette recipe.

The castle of Valencay in Indre, the prince of Talleyrand, photo Pierrick Delobelle
In 1902, when it opened, the Le Blanc-Argent line shared all of Bas-Berry and Sologne. This little country train, still called “The BA”, has lost its ends, but has kept its distinctive features: a metric track operated for 120 years by a private company (now a subsidiary of Kéolis) and perfectly integrated into the TER network Center -Val de Loire. BA is connected to the SNCF network in Salbris (Loir-et-Cher), but the main station is Romorantin-Lanthenay, the capital of Sologne. Served daily, Valençay is its terminus in Indre. The impressive Château Talleyrand alone justifies the trip for a weekend, but this corner of Berry towards Touraine combines the arguments with two AOC (wine and goat cheese) and curiosities galore. It pays tribute to the illustrator Benjamin Rabier, who lived there for a long time, but also to the automobile (the museum) and sugar creations 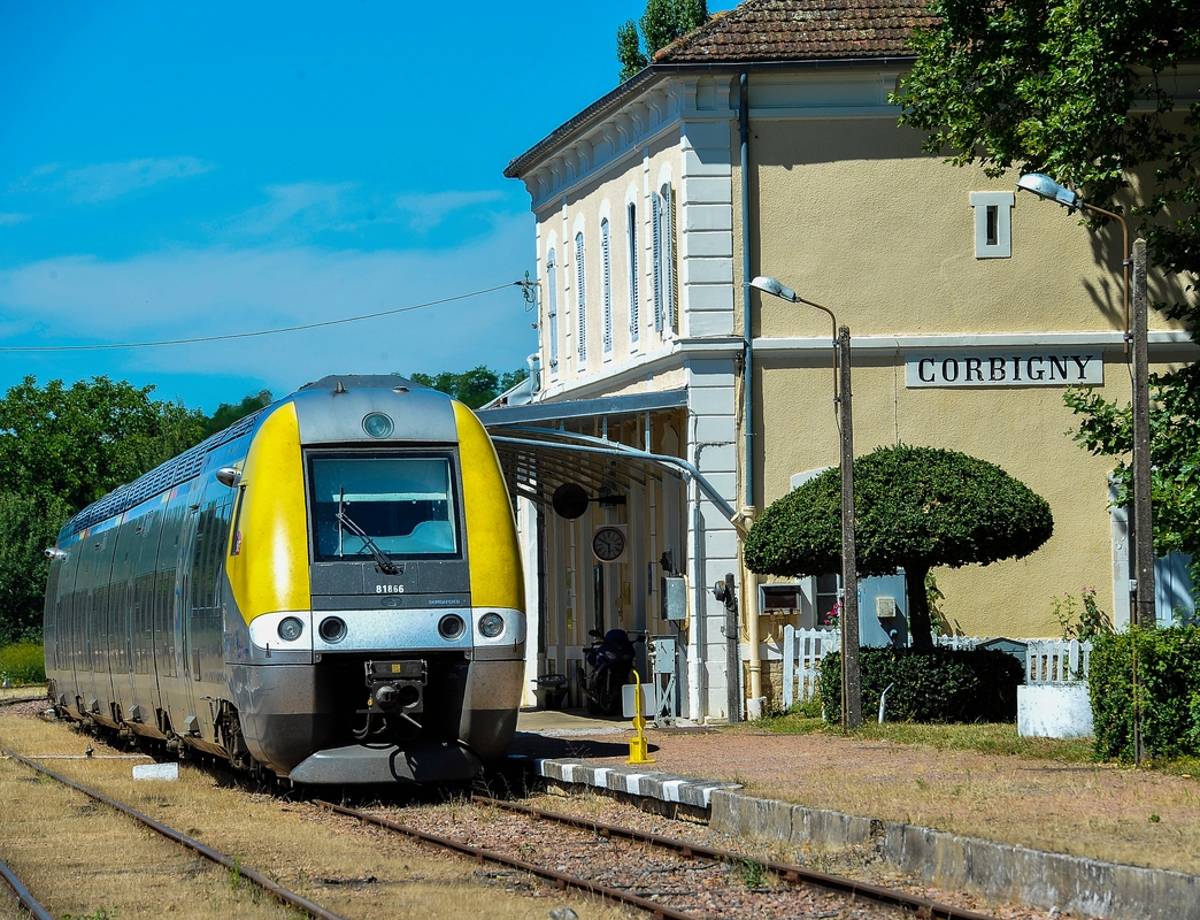 The Auxerre-Corbigny line once continued to Nevers for travelers (there is still freight)
Since there is a Paris-Latour-de-Carol (Pyrénées-Orientales) train, the fact that there is still a daily Paris-Corbigny is something of a miracle of regional planning. This village is not in the last valley before Spain, but at the foot of the Morvan, 230 km from the capital. It has only 1,600 inhabitants. The trip to Corbigny, via Auxerre and Clamecy, along the Yonne, the Tannay vineyard and the Nivernais canal is a bucolic and poetic adventure. The artists were not wrong. Saint-Léonard Abbey is an outpost of modern creation (spotted by rural agitator Jean Bojko). Several live performing companies have taken up residence in this commercial town, which has been based for centuries on its fairs and markets and where Charolais cows are still traded. You can also take your bike on the Corbigny train … and continue the ride along the Nivernais canal.

3. Thiers (Puy-de-Dôme): knives, Truffaut and the cave of Hell. 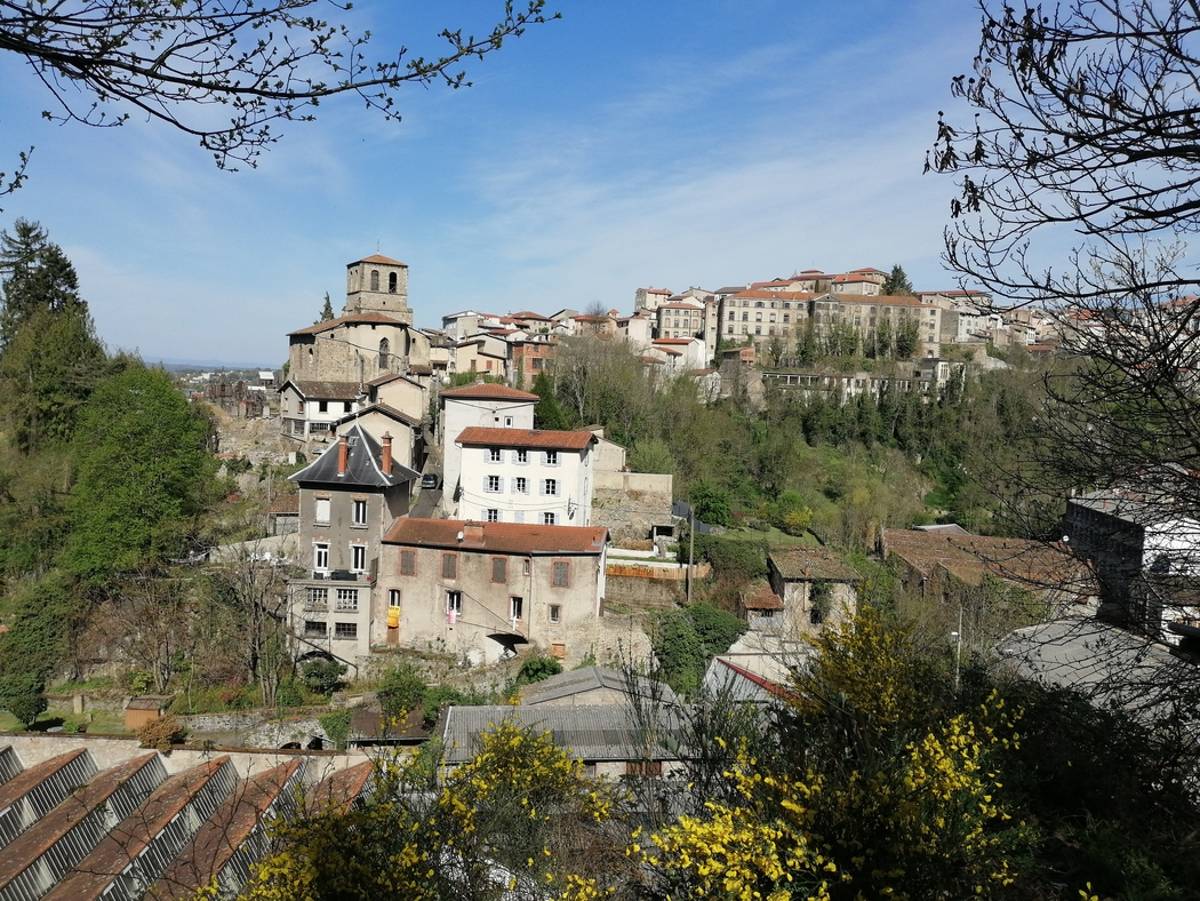 A city with a “plagued” topography that had seduced François Truffaut…
When you get off the train, just follow the incline to find the city center. Thier’s station culminates. The Clermont-Saint-Etienne line climbs in Forez and Bois Noirs. Alas, a budget clover (not sharpened in Thiers) cut it. Auvergne’s terminus, capital of cutlery, is still connected to Clermont by seven trains a day. Workers no longer spend their days bent over the crashing Durolle. At the bottom of the Creux de l’Enfer’s steep gorge, the industrial heritage is awakened today by contemporary art. Do we still see children running down the stairs in Thiers? This “plagued” place had caught the eye of François Truffaut (L’Argent de poche- 1975). The upper town offers a medieval setting but also a balcony over the Auvergne mountains, magnificent at sunset. The tradition of cutlery is not a decoration: the craftsmen are happy to share their passion. All year 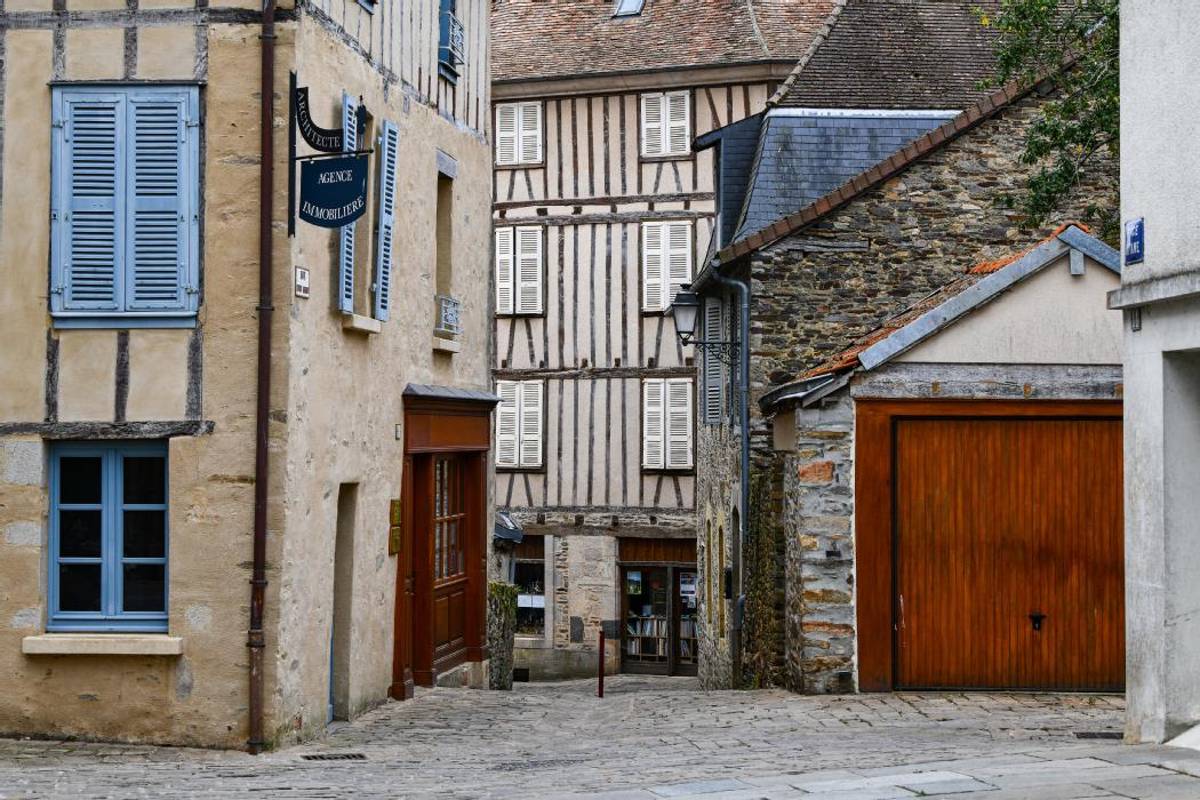 The medieval district of Saint-Yrieix-la-Perche

Until the 2010s, it was a luxury: two railway routes connected Limoges and Brive. The main line Paris-Toulouse or the more rural line via Nexon, Saint-Yrieix and Objat, a large part of which was closed due to lack of track maintenance. From Limoges we are now forced to stop at Saint-Yrieix-la-Perche (7,000 inhabitants) and we must take it as a chance. The medieval and opulent surroundings underline its centuries-old role as a marketplace: in Saint-Yrieix, Limousin meets Périgord. The 12th century bequeathed a Bible classified as a historical monument. The city can lay claim to both the cradle of the Limousin AOP apple and Cul noir pork. The basement is equally opulent: a gold mine was exploited nearby, and this is where a seam of kaolin launched the adventure of Limoges porcelain. Throw no more! If: in Saint-Yrieix ovens gild famous madeleines 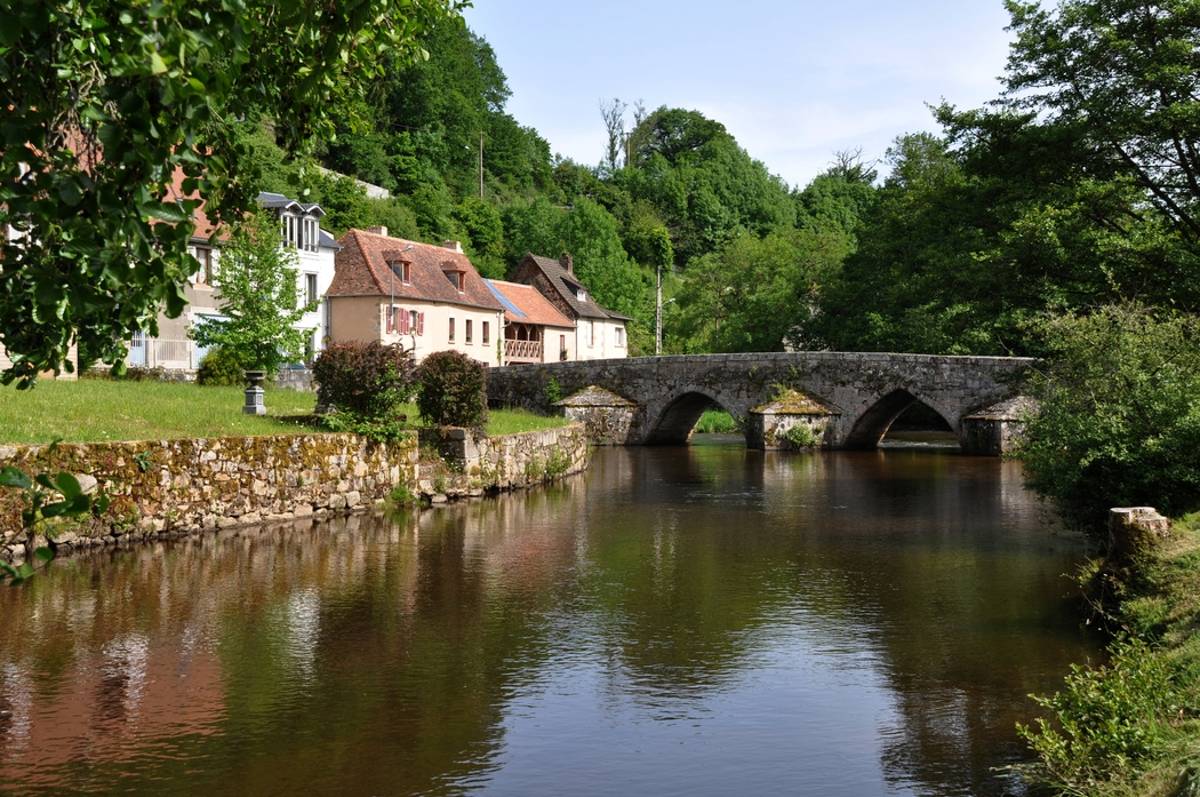 Pont Roby in Felletin, on the Creuse.
So much for saying it straight away, the railway activity in this small town in the upper Creuse valley hangs by a thread: a daily return service to Limoges (via Guéret). A political choice for the benefit of a territory where many public services have slipped away. This light traffic allows at least to justify the maintenance of the track while waiting, who knows, for a more muscular service. Felletin station does not doze too much: a café-cultural place opened there this year. Forehead! (pun on SNCF’s unmanaged breakpoints). It is the inauguration of the fixation, nearby, of artists and craftsmen. A creative and happy troupe has settled in Felletin, a small town connected to the Millevaches plateau, and has given it some color. Cradle of tapestry with its neighbor Aubusson, Felletin is also a capital of wool. The historic center buzzes every Friday morning with a lively market.