When you open the XPS 13 Plus for the first time, three things immediately seem… unusual. These are important design changes that make the XPS 13 Plus stand out visually, but make it less conventional to use. The experience isn’t necessarily bad, but it goes against the muscle memory that laptops have accustomed us to for years.

First, there’s the invisible touchpad, tucked away in the edge-to-edge palm rest. Although indistinguishable, the touch area is relatively easy to use. It extends from the left edge of the Space key on one side to the right edge of the Alt key on the other.

The overall feel of the XPS 13 Plus’ touchpad is generally good for a Windows laptop, but it can also be too sensitive or not sensitive enough, depending on what you’re doing. The best word to describe this general feeling would be “floating”.

Dell makes a big deal out of the touchpad’s haptic system. It looks like it’s clickable, but it really isn’t. MacBook touchpads have worked the same way for years.

Next comes the keyboard, which ditches the standard island-style keys (flat with reduced space between each) for an edge-to-edge design. This helps provide a larger typing surface for each key and in some cases helps make the laptop thinner. We quickly got used to it, but again, our muscle memory worked.

The last major change is the row of function keys. With its backlight and touch icons, it reminds us of Apple’s Touch Bar, which is now gone. Media and system controls light up by default: brightness, volume, keyboard backlight, etc. Hold down the Fn key and you’ll see the usual F1 to F12 keys appear. You can reverse this behavior if you wish. We liked the clarity of the icons and their backlighting. 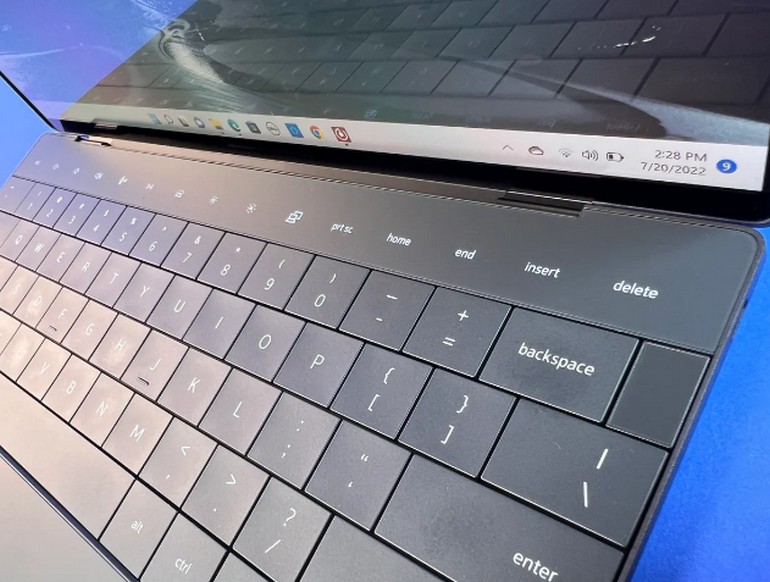 Why this choice? Presumably to reduce the thickness and save space for the hinge. The idea is valid, but the rejection that Apple has suffered with the Touch Bar tends to prove that users do not want to replace physical buttons with virtual buttons. But at the end of the day, the one thing missing the most is the physical Esc key, which can be important depending on your daily usage.

Apart from these three breaks from orthodoxy for portable design, the rest of the XPS 13 Plus’ configuration is conventional and generally worthy of a high-end 13-inch ultraportable. The XPS 13 line has always been one of our favorite Windows laptops.

The engineering that went into getting this setup into this 15mm thick chassis is impressive. That being said, the fans are pretty loud. And despite this, the system can heat up quite strongly, especially on the bottom panel.

The performance of this 12th generation Core i7 is a strong point, and it’s nice to have such raw power in a high-end laptop.

In the pre-installed My Dell program, you can play with the presets. Performance mode was actually faster, but it also spun the fans even faster and created a lot of heat, and that certainly didn’t help the already poor battery life. 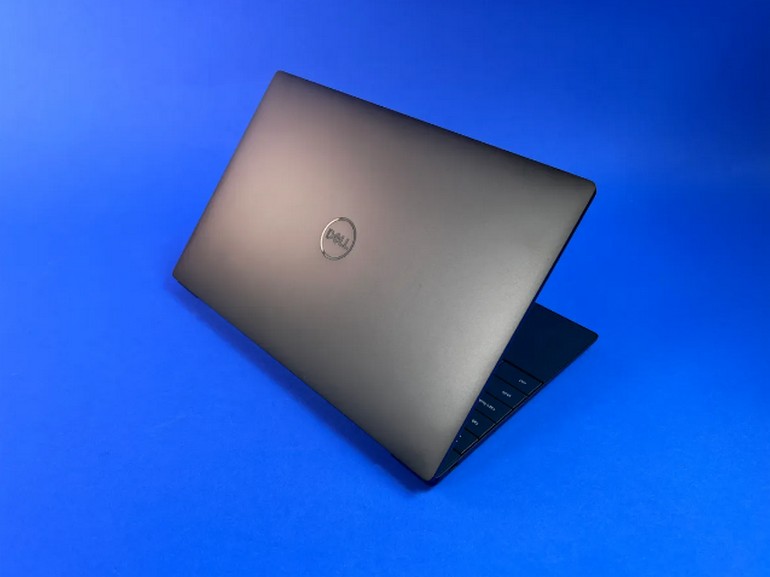 The screen is also a strong point of the Dell XPS 13 Plus. We tested the 3,456 x 2,160 pixel Oled touchscreen version, which proved impressive. Unfortunately, that’s not the case with the 720p webcam, which clearly lags behind at a time when most high-end laptops have switched to full HD webcams. Dell explains that the camera has image processing, but we didn’t see any real benefit.

The webcam is also used for presence detection functions. The computer can wake up when the camera detects a face, or lock when you walk away. The feature we liked the most was Look Away Detect, which dims the screen as soon as you’re not looking at it. It’s good for battery life and privacy, and it works so well that we wish more laptops offered this system.

The XPS 13 Plus has two USB-C Thunderbolt ports. That’s enough for most uses, and that’s what the latest 13-inch MacBook Pro delivers. But Dell removed the headphone jack. USB-C to audio and USB-C to USB-A adapters are included. This is a significant bonus that some brands charge as an option. 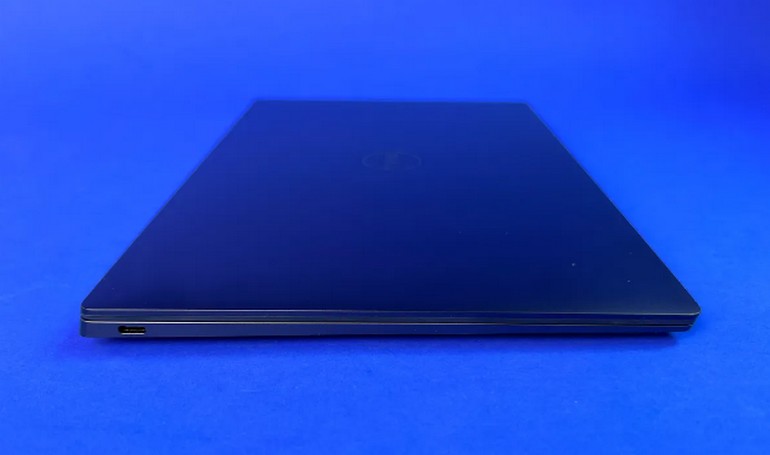 This level of power in such a thin and light laptop is very welcome, and the performance modes offer more flexibility than comparable laptops offer.

But there’s a problem with the recipe: battery life. In our online video streaming endurance test, the XPS 13 Plus lasted about four hours. In daily use, battery life improved depending on what we were doing, but it went from nearly 70% to less than 30% in less than two hours while writing this review.

If you use the performance preset, lower screen brightness, close unused apps, you can probably improve battery life. But it is not certain that one can take this laptop in the morning and work on it all day without recharging it. As such, the presence of a fast charging preset is a good thing.

The XPS 13 Plus has a lot of innovative ideas. Some are important, while others are change for the sake of change. If we had anything to say about the next generation of this ultraportable, we would keep the design, while suggesting that we sacrifice some thickness for a more powerful battery, so that this computer can be an easier to use travel companion.