Nokhud Offensive is a 5 player dungeon in Dragonflight. It is located in the Ohn’ahra Plains, one of the areas of the Dragon Islands. This is a gigantic instance that ideally requires you to have the Dragon Ride skill. The dungeon hosts 4 bosses: Granyth, Raging Storm, Teera & Maruuk and finally Khan Balakar. Find our guide to the Nokhud Offensive below.

The area that hosts the instance is titanic. It is strongly recommended to have hang gliding to go there because the journeys between bosses are long. It is nevertheless possible to use a ground mount, but it will therefore be necessary to arm yourself with patience and hope that your teammates are not tired of waiting for you. If you feel like it, don’t hesitate to wander around the instance with your kite and enjoy the updrafts. Considering the size of the area, Blizzard may have placed here and there small flashes or sometimes interesting decorative elements.

Granyth is usually the first boss you encounter, although you are free to start with another. Not much trash, just zig zag the ballista wielding mob packs on your centaur friends.

Once the monsters are eliminated, Granyth arrives to punish you. He will use multiple AoE to eliminate the players that present themselves to him. First it will start Outbreak. It is a spell that deals nature damage to all players every 3 seconds. The longer the fight goes on, the more rash damage increases, which is something to consider if the fight drags on.

The second attack is Shards of Stone. These are shards of rock thrown by the dragon at players within 60m. Let me tell you, it concerns everyone. The third attack is again an area of ​​effect. It’s about Tectonic tramp which damages players and knocks them backwards.

The main combat mechanic comes from Dragonkiller Spear (dragon slayer spear). It’s a weapon you can throw at Granyth to stun her for 5 seconds and deal up to 5% of her health. If you can get by without it on Heroic difficulty, high Mythic+ Keys will require you to take advantage of this effect more often. However, be aware that the boss will not give you permission. You will actually see an add-on that Nokhud Saboteurwho will rush towards the spear to take it apart, i.e. make it useless.

The second boss is Raging Storm. To defeat it, first eliminate the 4 lightning burst totems that are around the battlefield. Totems are marked on the minimap so you can’t miss them. Knock down the totems as soon as possible because if you hang around some mobs will overload the totems and you will take a lot of lightning damage.

When Raging Storm is activated, you can run into it. The boss has many abilities, but the key to the fight is in power balls that will pop in the area. By touching these orbs you take some damage, but above all you receive one buff that increases damage and healing 5% products for 15 seconds. And this effect is can be stacked 10 times !

For the rest, Raging Storm can summon Lightning, a spell that hits all players indiscriminately. The boss also casts another AoE, Electric Storm, which deals damage every 0.5 seconds to the entire party. Healers should pay special attention to their companion’s life at this time.

If you play the tank, you’ll be happy to know that the boss has two attacks just for you:

Finally, be aware that players in melee can also be the target of one spell that deals damage to them every second.

Explained like that, Raging Storm can make you feel like a particularly sneaky boss. But be aware that the fight doesn’t last very long, especially if players take advantage of the Power Orbs buffet. 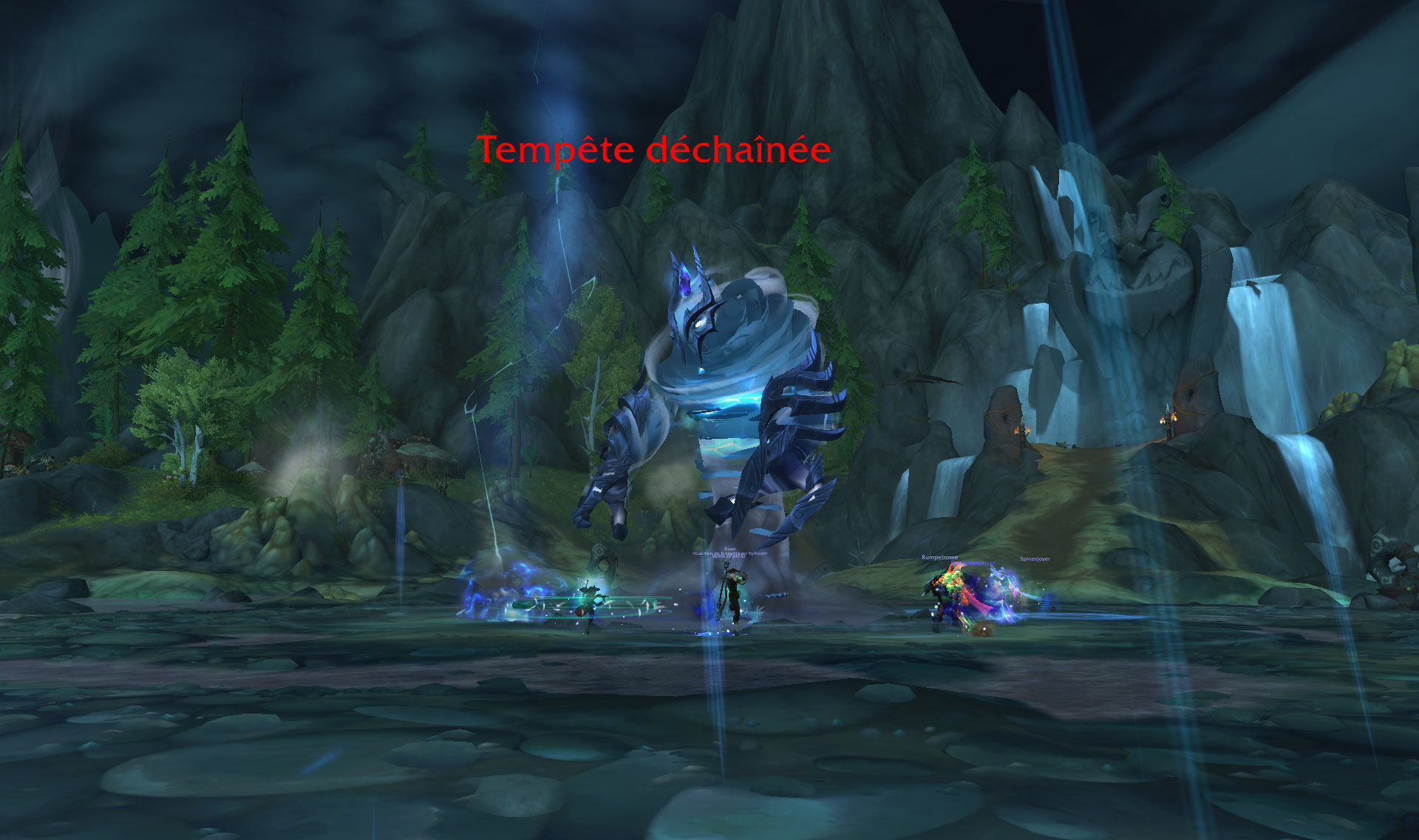 Before facing Teera and Marruk, cancel several monsters’ spells. It’s an excuse for you to spend some time at the trash can. Battle locations are marked on the mini-map, and when the enemies are eliminated, Teera and Maruuk will land.

Teera is a spellcaster while Maruuk is the gang’s warrior. The two bosses share their lives and will therefore die at the same time. However, be aware that Teera has some pretty annoying abilities and you’ll need to move around a lot to avoid AoEs. 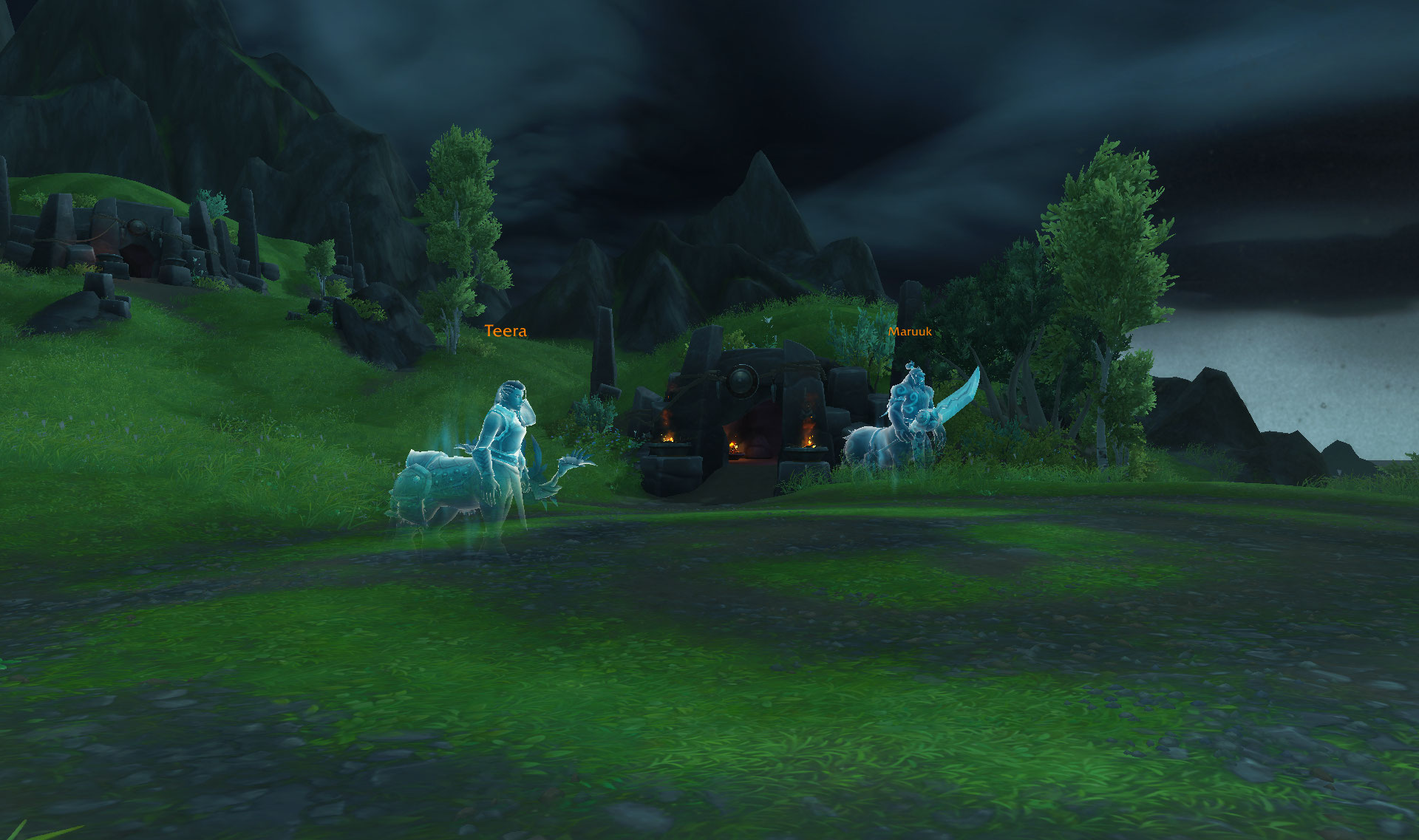 The last head of the body is Khan Balakar. It’s an interesting enemy because the encounter has two separate phases with an intermediate phase in between.

IN Phase 1, Balakar can throw an iron spear at a player. The latter is marked so he knows what awaits him. The spear deals damage, but will also damage players within 6m of impact. As a bonus, they are pushed back. Balakar can also charge up (Iron Cavalcade) and damage all players in its path. It is therefore sufficient to anticipate the movement to avoid injuries.

The tank must be alert to the boss’ cuts and wild attacks. The first applies a DoT and a debuff that increases the damage taken by Wild Strike by 500%. The latter is a simple strike.

We also note the existence of the Uprising ability, a ranged attack that deals damage and knocks players back, but is used very little, if at all, during certain matches.

At 50% health, Balakar casts Stormy Winds. It becomes immeasurable and begins to unleash gale force winds and lightning. Stormy Winds deals damage every 0.5 seconds and knocks players back. The lightning deals a lot of damage 3m around the impact points.

During this time you will have to manage the additions that Balakar has just woken up. Nokhud Stormcasters aren’t too bad, just make sure to interrupt their Stormbolt.

When the additions are dead, we go to Phase 2. Balakar may be attacked again. The boss can still charge in one direction, but he gives up the skills in the first phase and takes advantage of other abilities:

That’s a lot to say, but the fight isn’t hard to understand. The boss has almost too many abilities and he doesn’t have time to cast them all in every fight. This is the case, for example, with Crackling Uprising, which may fail in Phase 2. 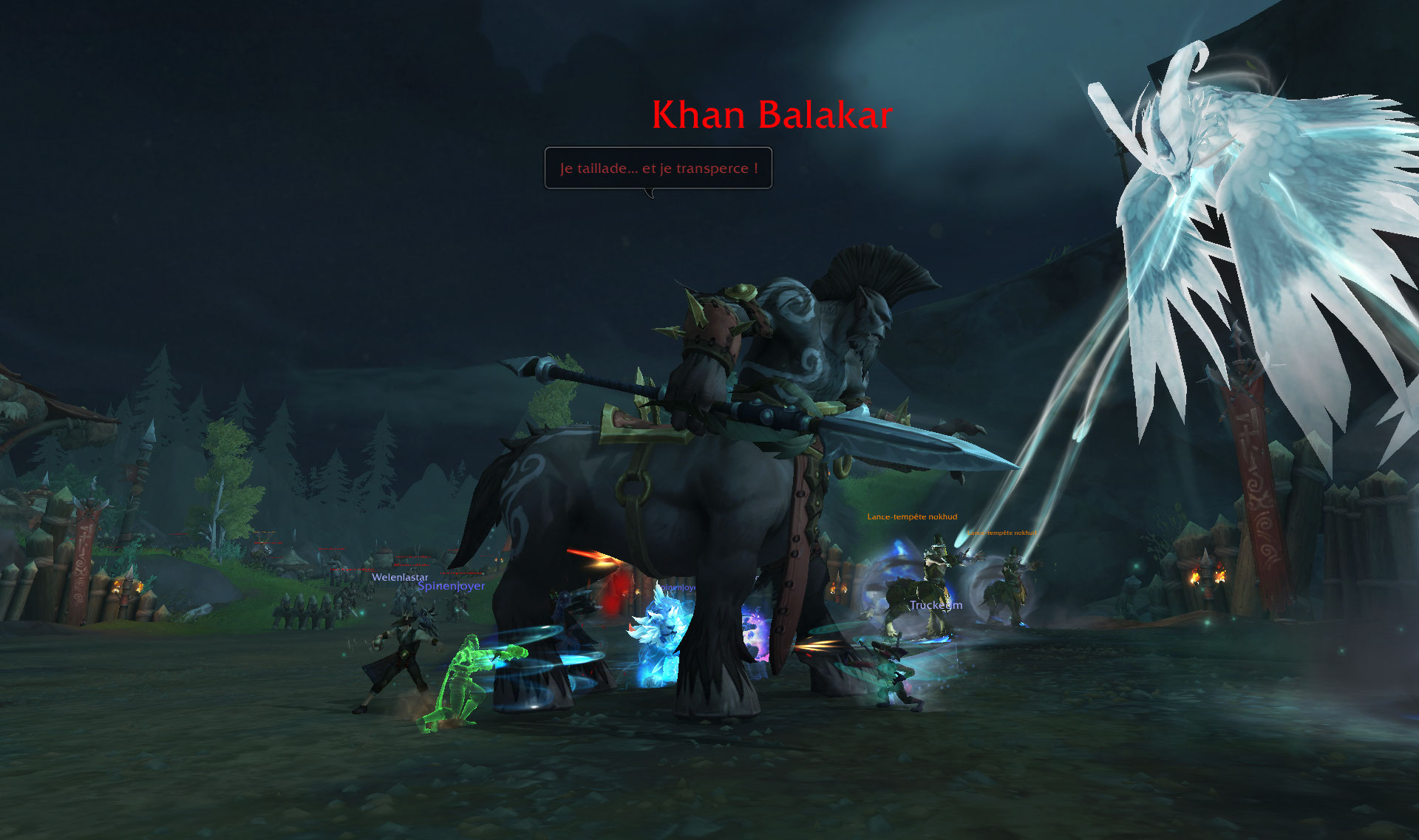