Death befalls Jedha!
– One Jedi lies, dead, in an ancient tomb, another is on the trail of the assassin.
– Who wields ancient powers on the streets of the holy city, and why have holy relics disappeared?
– And why do all roads lead to Whills Temple?

– Centuries before the Skywaker saga, witness the rise of a legend: the mighty Jedi Porter Engle, arguably the High Republic’s most skilled lightsaber wielder.
– Together with his friend, the Jedi Knight Barash, he travels around the galaxy and serves as the guardian of peace and justice.
– But even Porter Engle has enemies he cannot defeat. 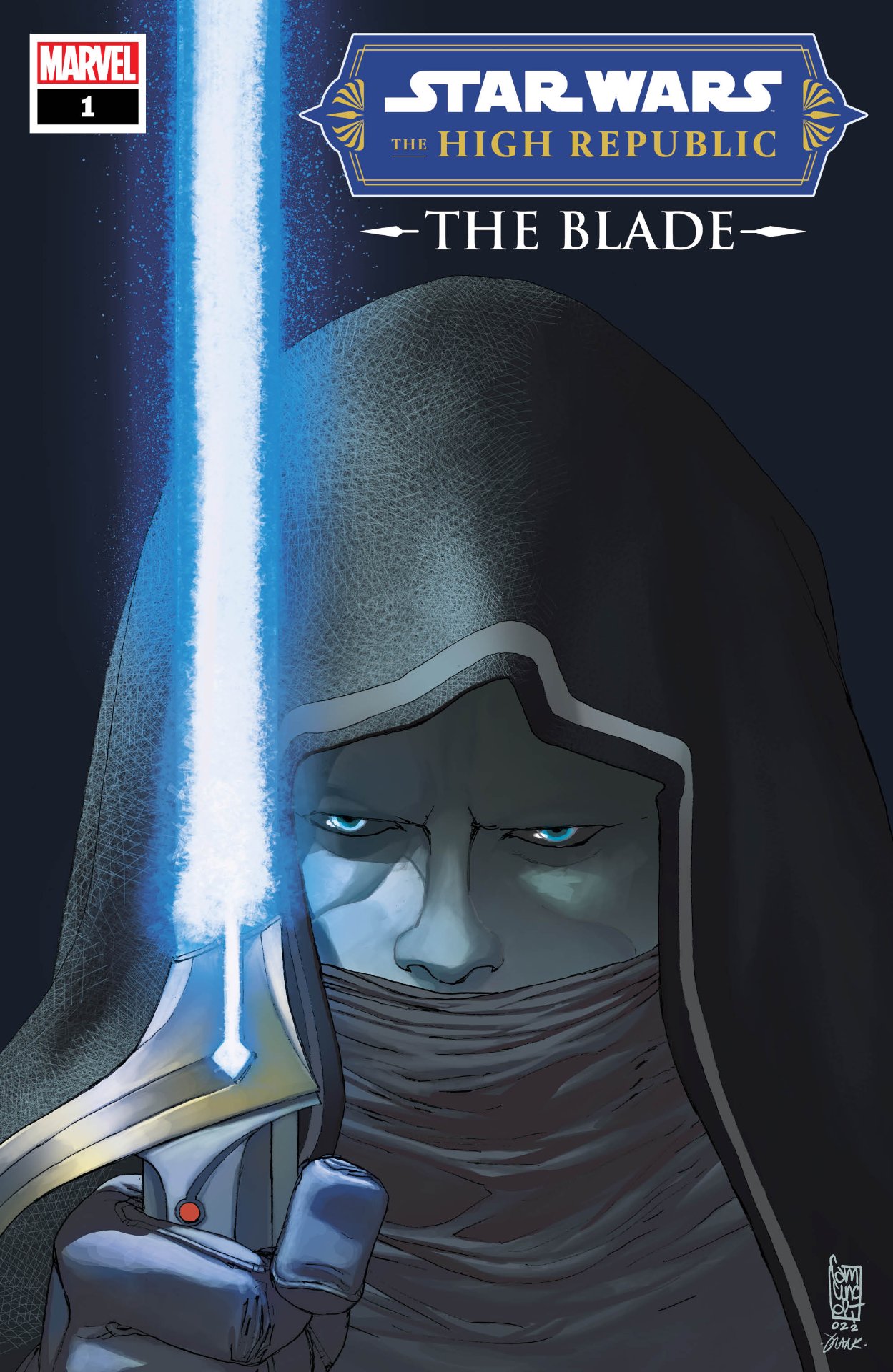 New adventures for the greatest Jedi Master of all time!
– For some it was a legend. For others a teacher. Today, Yoda is all but forgotten, living in exile and haunted by his past. As a strange, familiar voice echoes through the swamps of Dagobah, Yoda recalls the many lessons he’s taught over the years, from the days of the High Republic to the chaos of the Clone Wars.
– In the first of three arcs, a desperate cry for help reaches the Jedi Council on Coruscant, and only Yoda can answer it.
– But how far will he go to protect a community from attack? 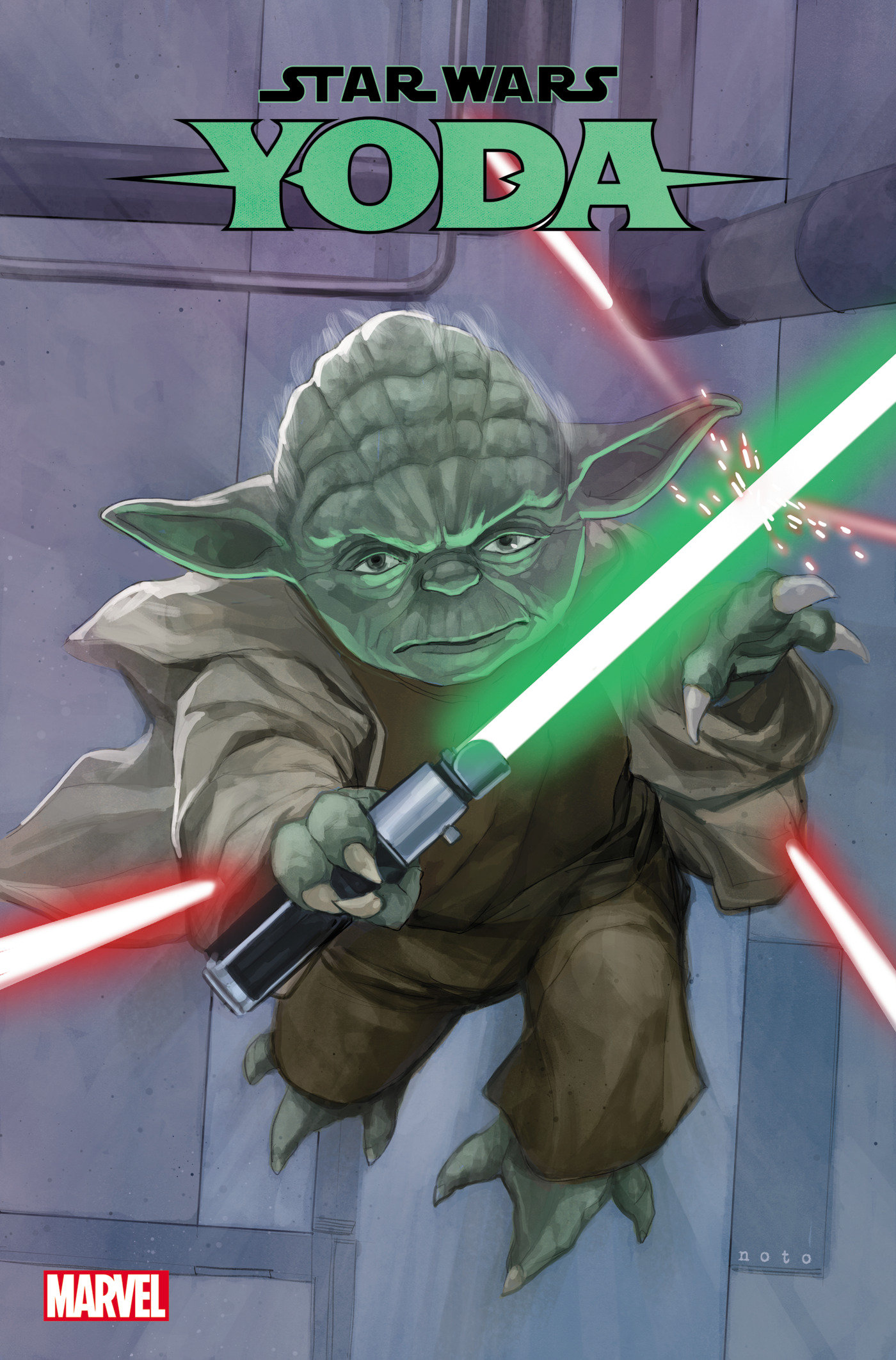 – After War of the Bounty Hunters came Crimson Reign… then Hidden Empire. Qi’ra has profoundly reshaped the galactic landscape!
– But what awaits the rebellion? The Empire? What role do bounty hunters play? And what happens to Doctor Aphra? 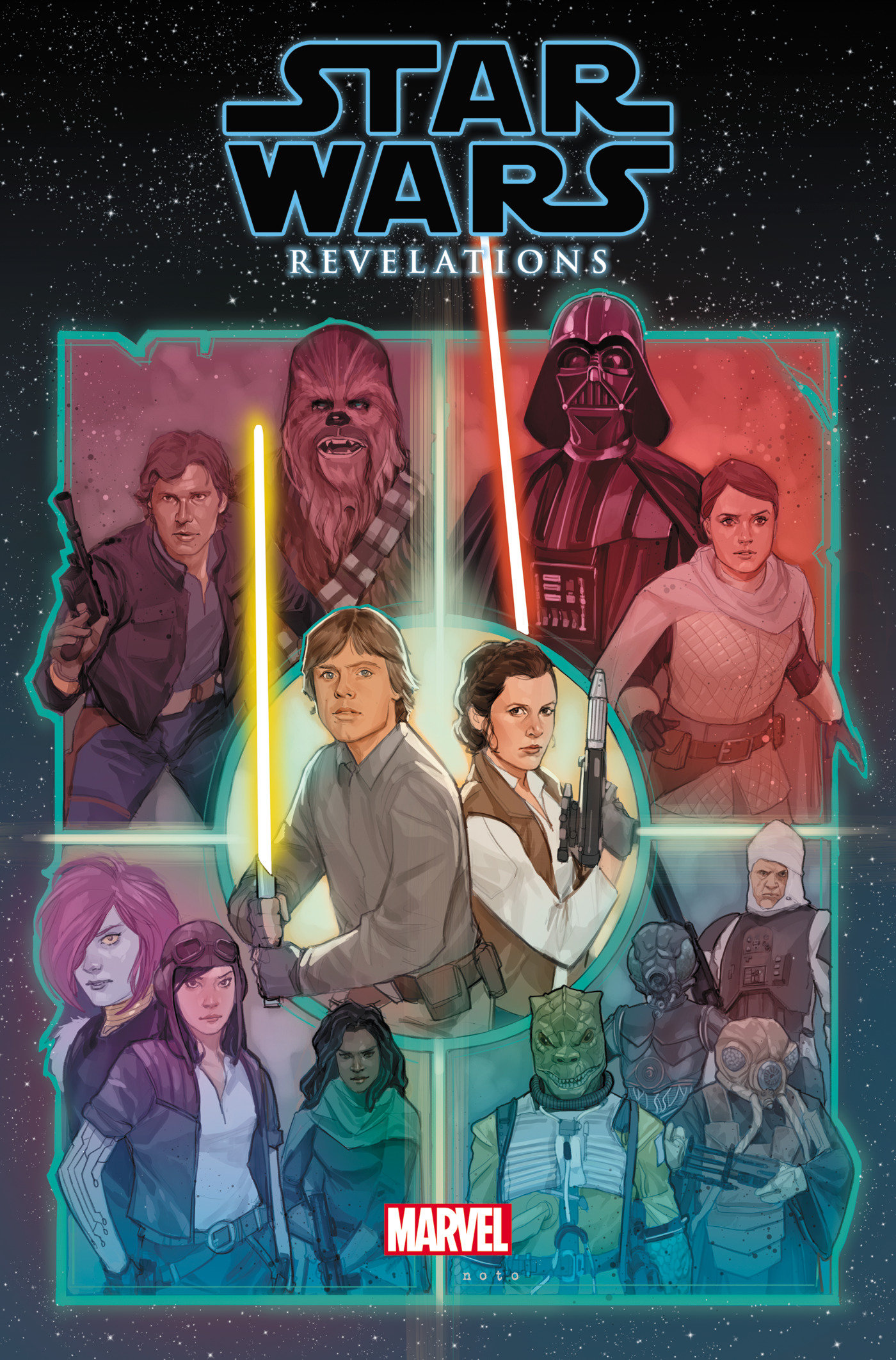 – The mysterious Scarlet Dawn Syndicate and its leader Lady Qi’ra have become the galaxy’s most wanted criminals as Emperor Palpatine realizes the extent of Qi’ra’s plans against it and plots its destruction.
– But Qi’ra still has some tricks up her sleeve, and with the help of the Knights of Ren and many other allies, she won’t surrender without a fight! 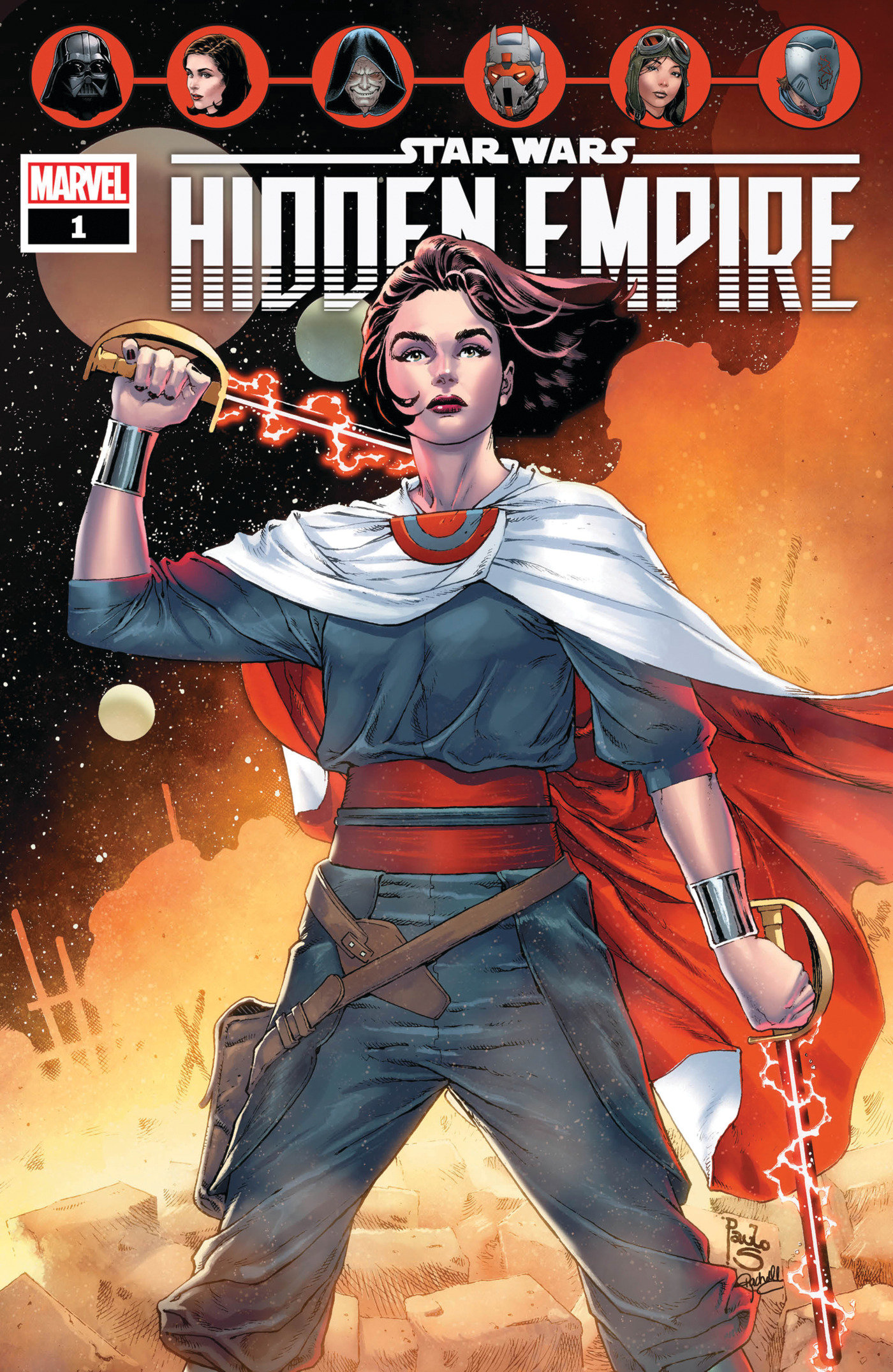 The Rebel Alliance is in crisis!
– With supply lines in crisis due to broken promises from the Scarlet Dawn, General Leia Organa knows it’s only a matter of time before the Rebels run out of essential supplies.
– Fortunately, Amilyn Holdo has a solution… the search for a giant fuel depot that has supposedly been missing for centuries.
– It’s time… for a treasure hunt! 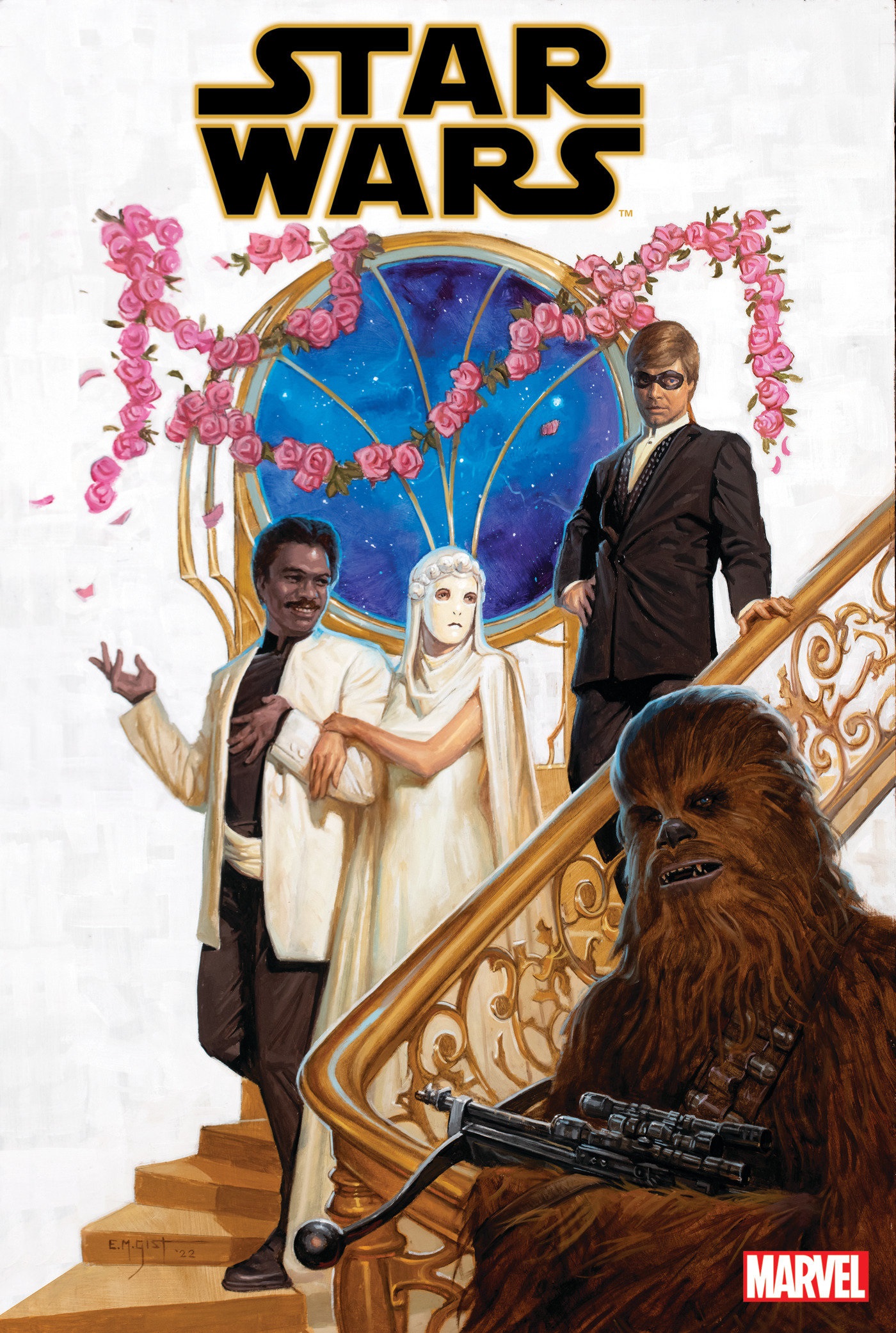 Techno (Re)Union!
– 30 years ago, Anakin Skywalker killed Wat Tambor, leader of the Techno Union, as well as all the Separatist leaders, by order of the Emperor.
– Who is the pirate Jul Tambor? What is he planning with Skako Minor, and what will the servant, now standing by Vader’s side, do when it is up to her whether Jul lives or dies?
– But which servant is that? And will this new adventure fulfill Sabé’s dream of seeing Vader turn away from the dark side – or just the opposite? 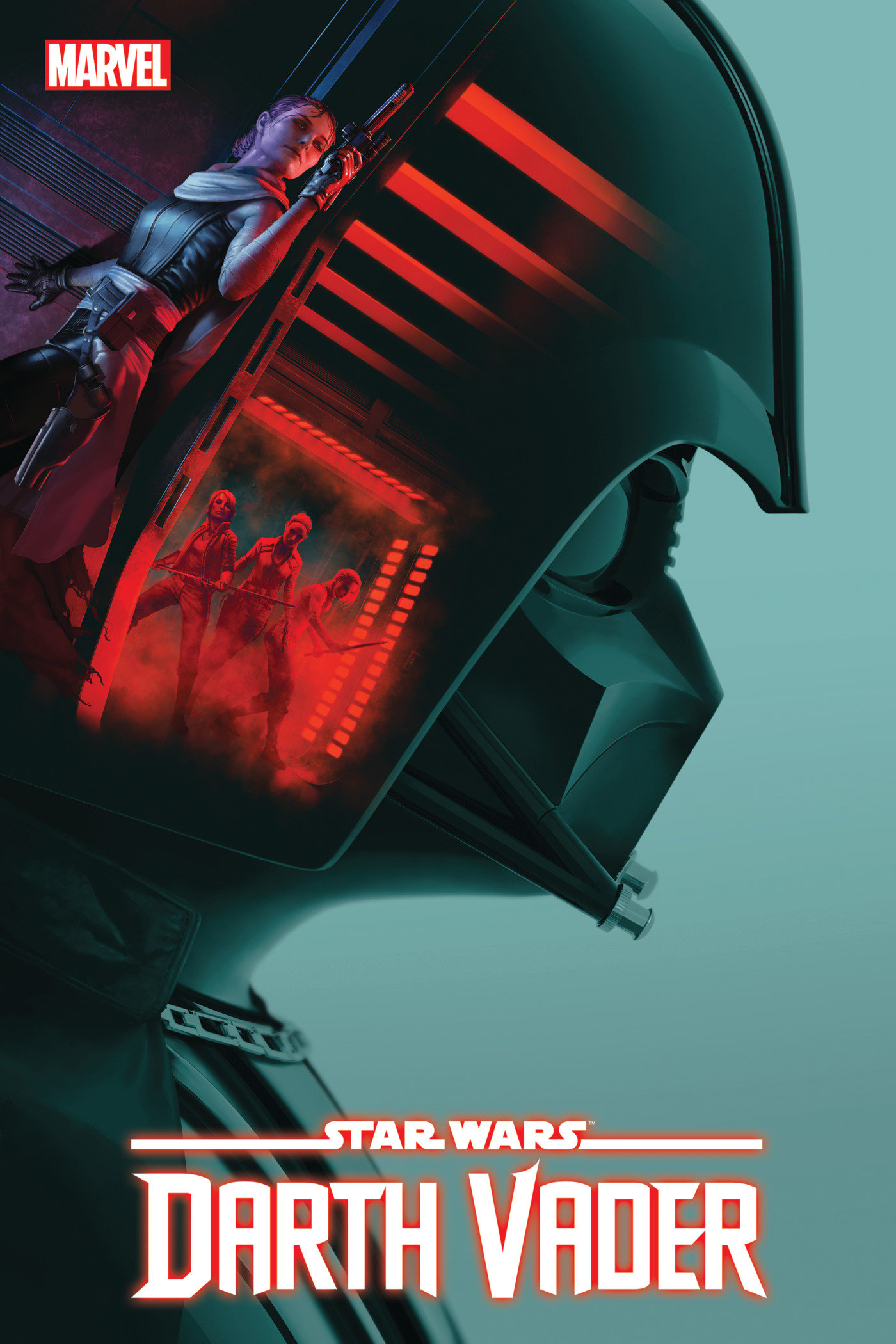 Friends and Foes!
– Sana Starros and her allies have cornered the Eternal Spark!
– She is determined to bring Aphra back no matter what!
– But will it be enough? Or will it destroy Sana, Aphra… and everyone they love? 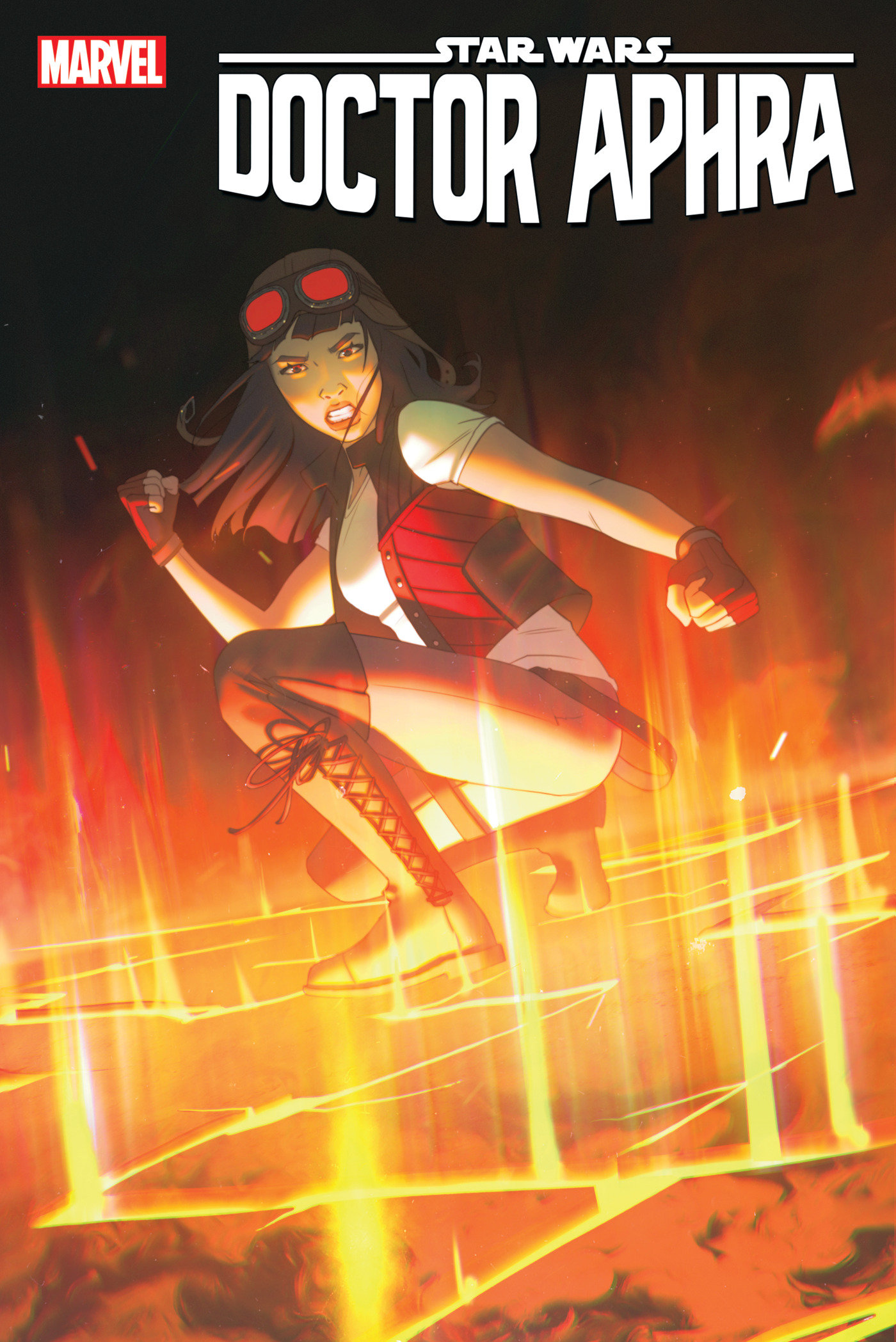 Panic at Disco Accretion!
– Bounty hunters are trapped and desperately trying to escape the pull of a black hole!
– Even worse, the Pykes are out to kill them first!
– What will Valance have to sacrifice during this time to serve the Empire? 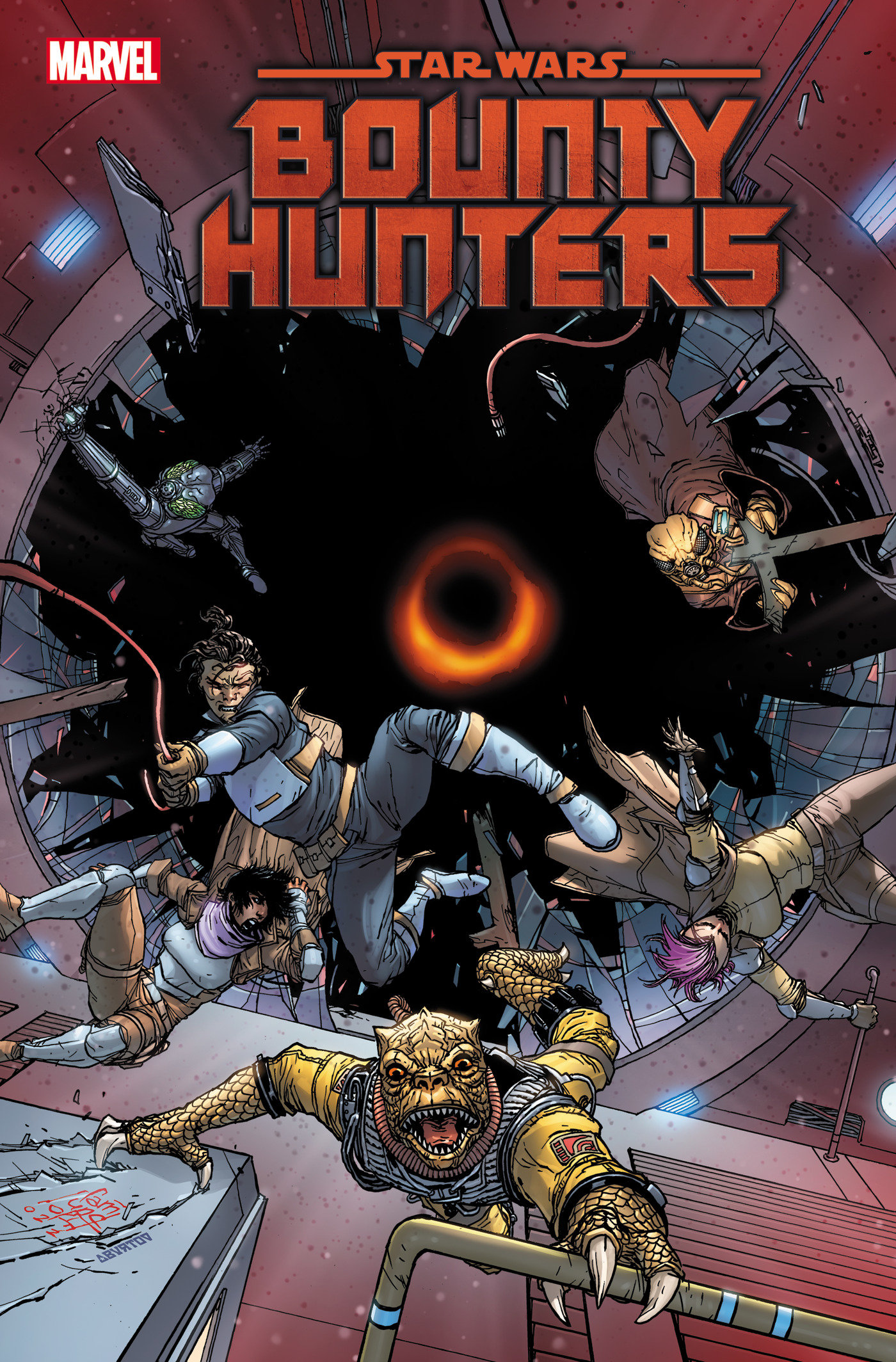 The return of [CONFIDENTIEL] !
– Outmatched and outgunned, Chewie embarks on a daring escape from prison!
– Greedo is on the run and you’ll never guess who’s after him!
– [CONFIDENTIEL] is back ! And damn, he (or she) is crazy (or crazy)! 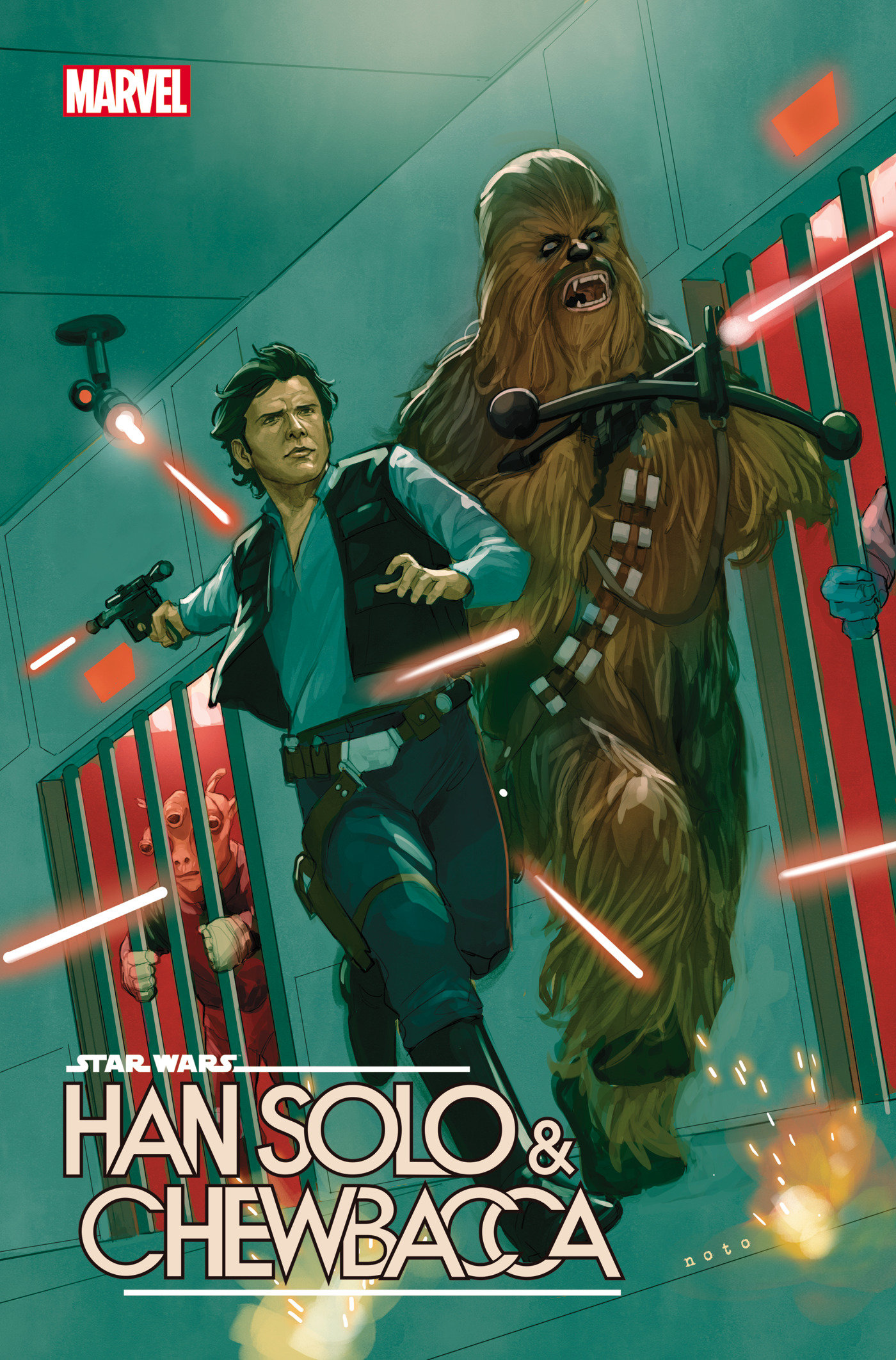 The Mercenary!
On a familiar desert planet, the Mandalorian helps a completely overwhelmed young bounty hunter. 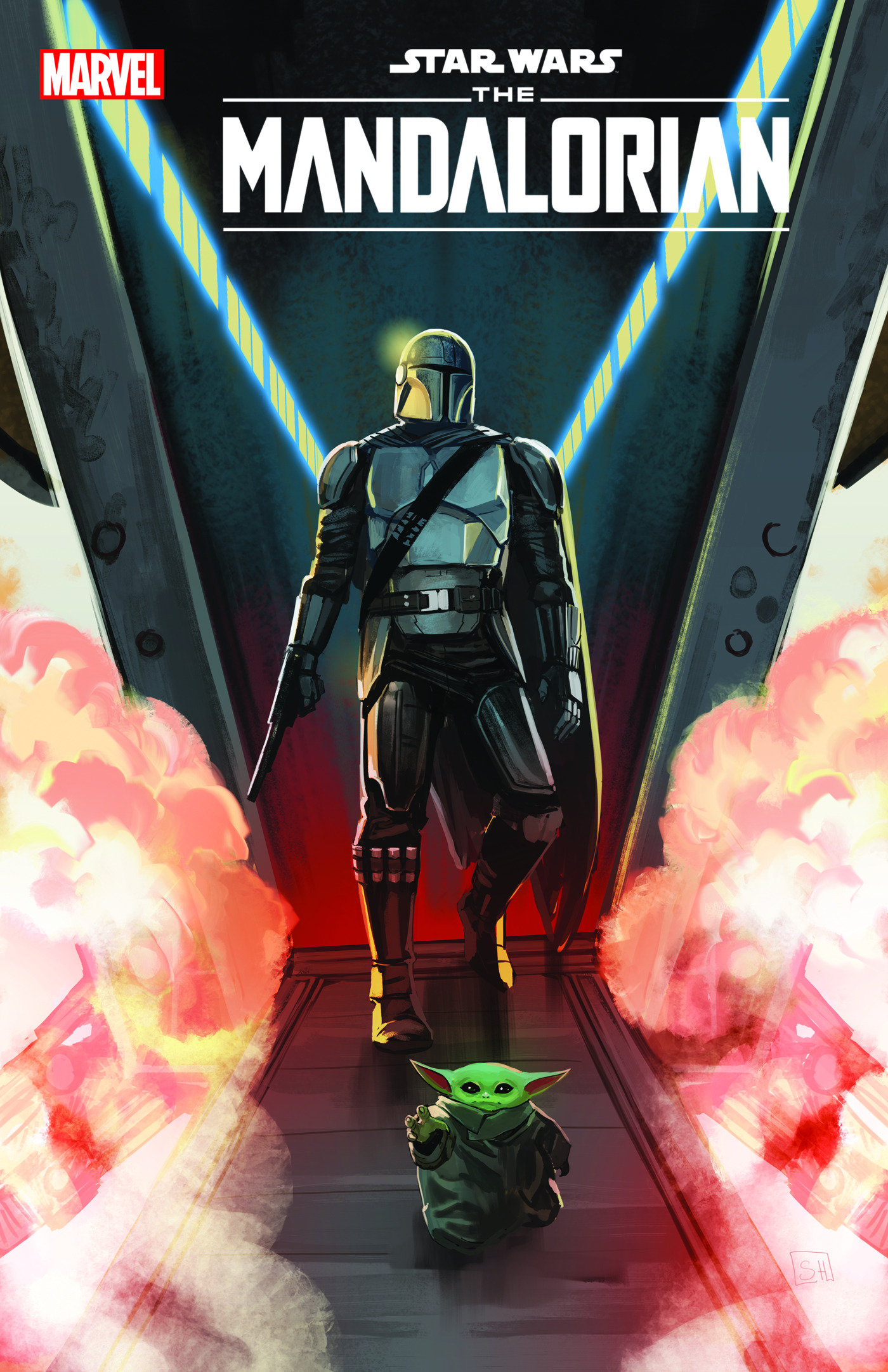 So much for info, we await your reactions on the forums.