As successive heat waves multiply in France, as throughout the planet this summer, here is a summary of the 10 items you must not leave in your vehicle in case of extreme heat.

As explained in their user manual, electronic devices do not like heat, especially if equipped with a lithium battery. According to Apple, temperatures above 35°C irreversibly damage the device’s battery.

More generally, overheating an electronic device can cause damage to its components, which also affects the device’s long-term performance.

Like electronic devices, products containing alcohol, such as deodorants, perfumes and hand sanitizers, should be kept away from heat.

When exposed to a high temperature, the alcohol evaporates, causing the perfume extracts to be lost and pressurizing the gas contained in aerosols. In this case, products containing alcohol become flammable or even explosive, which of course can be dangerous.

As far as disinfectants are concerned, the evaporation of alcohol linked to heat makes the product ineffective, as it is the alcohol that removes bacteria.

Do not leave sunscreen in your car or the product will lose its effectiveness. In fact, the heat causes the sunscreen’s protective effect to be lost against UV rays. It should be noted that this is one of the products that deteriorates the fastest under the influence of heat.

To avoid food poisoning, it is recommended to respect the cold chain and not leave certain foods in the heat. Among the potentially dangerous foods for humans, eggs, cold meats, dairy products, mayonnaise, raw fish or minced meat should not be exposed to excessively high temperatures.

Note that bacteria that cause foodborne illness doubles every 20 minutes at room temperature.

Carbonated and alcoholic beverages do not appreciate exposure to sun or heat. Soda cans in particular can explode in extreme heat, while the latter can also cause the corks on wine bottles to pop.

In addition to the unpleasant sensation associated with hot water left too long at too high a temperature, exposing water bottles to heat is dangerous to human health.

Studies have shown that a plastic water bottle releases carcinogens such as phthalates and BPA if left in direct sunlight for a long time.

It is also strongly recommended not to leave wet beach clothes, such as wet towels or bathing suits, in your vehicle to avoid the spread of bacteria and yeast responsible for an infection.

Among the recommendations often made, the one against leaving a lighter exposed to a hot environment is common. Under the influence of heat and sunlight, the lighter poses a fire hazard.

Make-up and beauty products should also not be left in the car in hot weather, as these products can otherwise melt. This can lead to marks that are particularly difficult to remove. 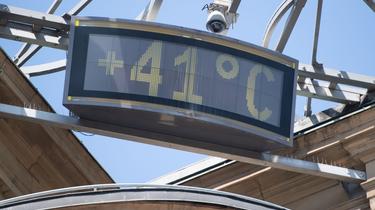 Similarly, it is not recommended to leave sunglasses in a similar environment because the heat can deform the frame if they are made of plastic. If you have glasses with metal frames, it is recommended to let them cool down so as not to burn yourself by putting them on as soon as you get back to the car. Finally, it is necessary to be aware of the magnifying effect caused by the glasses, which can cause a fire.

Medicines should also not be exposed to high heat, as is expressly stated in the instructions. This can actually lead to ineffectiveness of the product or even the appearance of unwanted effects.