The NX is the first Lexus available with a plug-in hybrid powertrain, meaning the brand is finally catching up with its main competitors. Even parent company Toyota has already presented RAV4 Plug-In Hybrid, equipped with the same powertrain. Still on the RAV4, it benefits from a fairly sober design. That’s how it is for many Toyotas, while the designers at Lexus seem to have a lot of leeway. They must of course follow the stylistic trend defined for the brand. But we’ll talk about that later.

This second generation of NX hit the market at the beginning of the year. In addition to the additional transmission option and design, it differs from its predecessor in its new platform, lower center of gravity, wider track and better weight distribution on both axles. The car has a more rigid structure, provides more comfort and also has better dynamic qualities, so many logical improvements for a model change. But there is more.

I was hardly a fan of the Lexus interior, where the terrible touchpad and other fancy features sometimes detracted from usability. Fortunately, that is a thing of the past. The power unlocking of the door handles takes some getting used to, but I can fully appreciate the available front space and the driving position of this NX. There are still several large buttons and everything is very well done. On the other hand, it is difficult to understand why in 2022 my Android phone still needs to be connected to the car using a cable, while an Apple can apparently be connected wirelessly.

But of course that’s what really matters with this NX the drive unit it houses. We have known about plug-in hybrid technology for some time; the unique thing is that this Japanese system, after draining the available battery for a maximum of 70 km, starts working as a self-charging hybrid. I therefore consumed no more than 7 l/100 km; for a car that weighs around two tons and uses a 2.5-liter gasoline engine, that’s a very good result.

NX is not really sporty. Anyone who sees this as a problem would rather look to the German competition. In the meantime, I can be satisfied with the easy driving and thus the comfort of the car. The combined output of 309 hp and the always smooth revs, thanks to the internal gearbox (with planetary gears), certainly contribute to this. Maybe it’s partly in my head, but with a Lexus like this, I always feel less need to go fast than with, for example, a BMW or a Mercedes.

Ah, the design of this SUV and other Lexus SUVs. Some people love it. For my part, I think it’s a little too bombastic. The giant grille is almost visual torture, but during my week of testing I was surprised to receive more positive than negative comments about it. The same applies to the rear, which for my taste also has a bit too many sharp angles.

My assessment of the price is not a matter of taste, it is quite high. The NX plug-in hybrid is offered from the third equipment level. Then you enjoy great luxury and an impressive arsenal of comfort equipment, but you have to pay at least €70,000 to get them. If you can register it as a company car, you will still have a significant tax advantage. But the price difference with the self-charging hybrid is still very significant, while the latter does not consume much more in practice. The kind of choice you’re better off calling an accountant for. 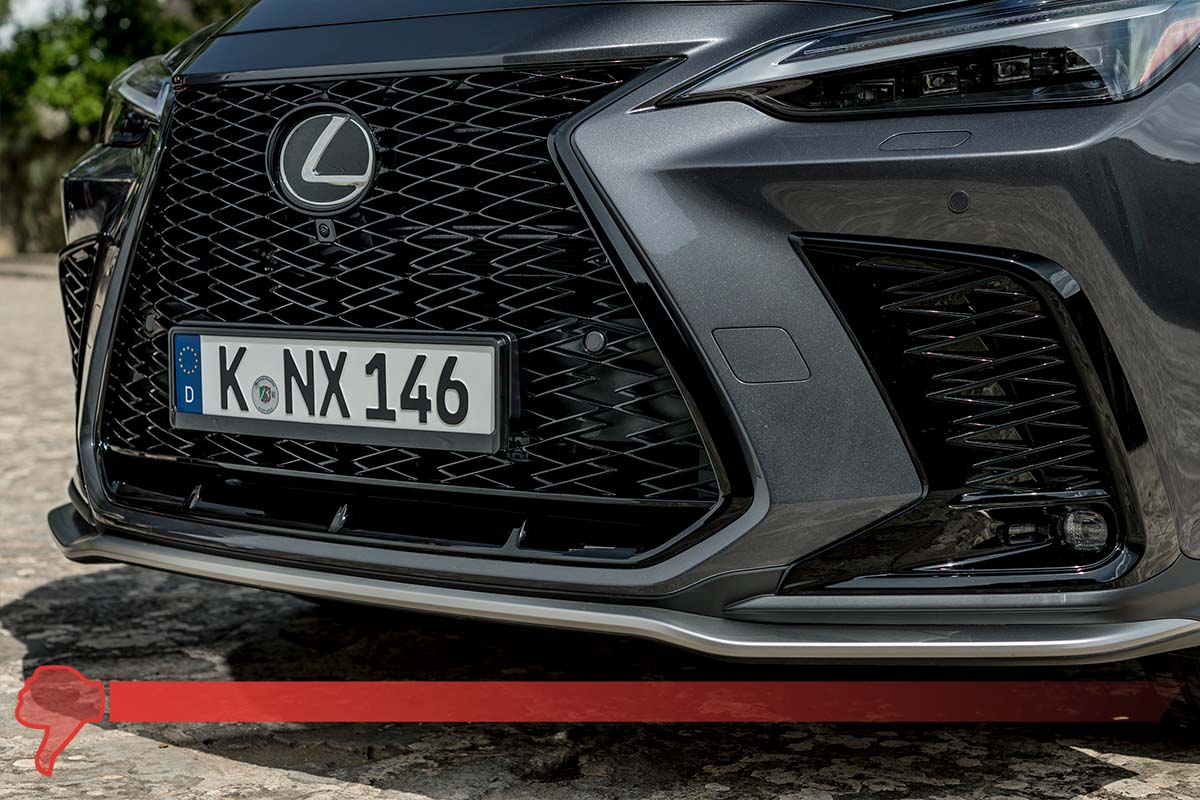 Perhaps the great advantage of a brand like Lexus is that it maintains its underdog status, even in Europe. I find it hard to accept this artificial design, but it brings that little touch of originality that the “umptente” Audi, BMW or Mercedes have long lost. Should we choose the 450h with its rechargeable hybrid system? If it’s a private purchase, definitely not. In this case, the 350h, which is also available in tandem if desired, is much cheaper.