Changing a smartphone is not a purchase like any other. This device has become a true extension of our brain, a companion both professionally and personally. Before you get your hands on the wallet, you should therefore ask yourself the right questions.

One of the first steps is to find out which universe is right for us. Better Android smartphone or iPhone? If these two worlds tend to come closer, they are still based on very different concepts.

Often considered more closed, iOS is praised for its simplicity and its integration into Apple’s ecosystem. Android is cited for its great openness and customization options. So two schools.

Throughout my life I have regularly switched from one world to the other according to my wishes, but especially my jobs. After a year at Samsung, I spent a few years at Apple. So I was able to sail between these two shores more out of obligation than conviction.

At the beginning of my career as a tech journalist, I chose to trust the little green robot. If I was able to test iPhones, I would never have made it my main smartphone. But 2 years ago, after the presentation of the iPhone 12, I took the plunge. The iPhone 12 Pro has become my daily companion, replaced in 2021 by the iPhone 13 Pro. After 2 years of daily usethe hour of the great assessment has come.

I will not return to the technical aspects of the iPhone 12 Pro and iPhone 13 Pro, this exercise results in an objective test and not a feedback. In my eyes, all smartphones sold above 1000 euros are equal. Some perform well on very specific criteria, but overall they meet all my needs, both personal and professional.

I will specify that I went from one high-end smartphone to another to compare my experience with products of equal value. Comparing the iPhone 12 Pro and iPhone 13 Pro with an Android smartphone that was sold three times cheaper the previous year would not make sense.

More generally, I put myself here in the place of a consumer who is curious to know if switching from one universe to another involves having technical knowledge, performing complex manipulations, in short anything that can slow down the ‘purchase’. And if I’m approaching the transition from Android to iOS here, it’s not impossible that I’ll try the opposite experience in a few months.

Android to iPhone: a complicated switch?

The first objection from my friends when I propose to them the idea of ​​changing the universe is the following: “I have my habits, I don’t want to lose everything I had on my phone”. Where does this fear come from? Probably bad past experiences stemming from a time when more complex manipulations were needed to switch to a new world. 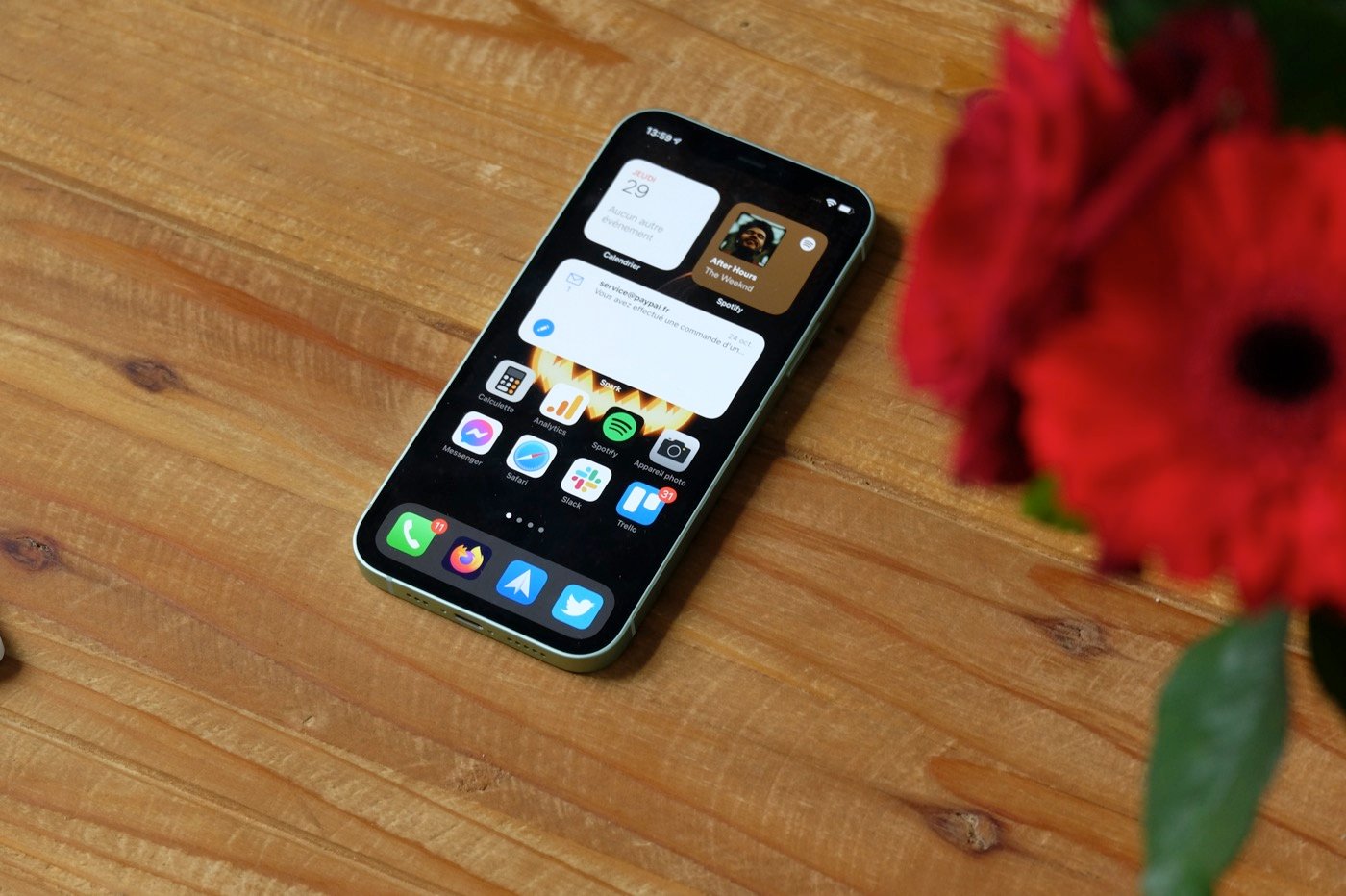 That era is over. Today, every manufacturer offers a data transfer application. We install it on the old smartphone and start a complete transfer in seconds. At Apple, this application is called Migrate to iOS. I downloaded it to my old Android smartphone and followed the instructions. My iPhone was set up after a few minutes of waiting.

I then found most of my applications, all my contacts, my old messages, photos, videos, etc. It only took me a few minutes to add the missing items (very few) and customize my interface. Child’s play.

Getting back to normal can take time

In reality, the most “complex” phase was “getting out of my habit”. Broken to the Android universe, it took me a few days to figure out all the intricacies of the iOS logic. This turned out to be all the more complex as iOS had changed significantly since my departure from the Pomme world. After a week I felt comfortable again.

However, I want to clarify that the Apple universe was not completely unknown to me. I use a Mac and an iPad Pro every day for my professional activity, and at least in theory I should know most of what’s new in iOS. Important clarification: For people who are less informed about new technologies, it may therefore take longer to find new habits.

My favorite things about the iPhone

I don’t want to get into the Android vs iOS war. In my opinion, every universe has its qualities and its defects. So there are things I liked more about the iPhone, others less.

Among my favorite features, AirDrop takes the top spot

As a Mac and iPad Pro user, I was first able to (re)discover the full power of the Apple ecosystem. The automation and interactions between the various devices are simply impressive and saves considerable time on a daily basis. Among my favorite features, AirDrop takes the top spot. Taking a photo on your iPhone and sending it to your Mac or iPad Pro with a single gesture is pure joy. And it works the other way around.

Adding accessories like AirPods, HomePod mini or Apple Watch happens in an instant, communication between these devices is natural and simple. A delight. 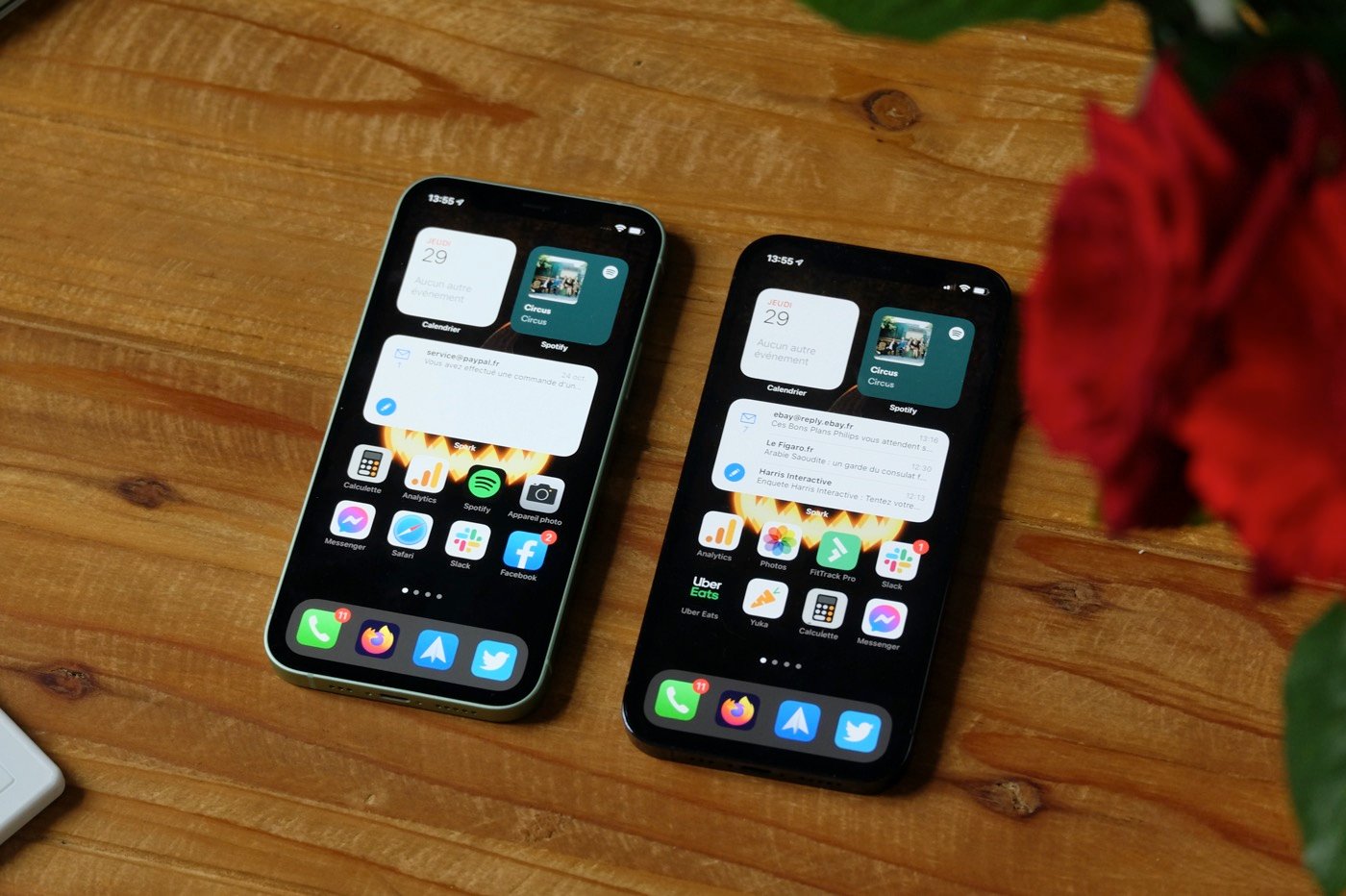 The other great strength of the iPhone is undoubtedly the quality of the applications. This argument is often raised by Apple fans, and rightly so. The quality of integration and flexibility of the applications in the App Store far surpass those in the Google Play Store. On a daily basis, I did not shy away from my pleasure. And if I were to return to the Android universe, I would miss this design quality to that extent.

If I had to give just one example to illustrate this know-how, I would mention the quality of Google applications. On iPhone, Google apps are better developed than on Android! And they often ship new products first. A height.

I will not dwell on the applications made in Apple, which is mostly unmatched among alternative applications. I tried dozens of programs to replace them, but I often returned to Apple apps. Only Spark replaced E-mail and this by simple personal preference, the application of mail from Apple is already very complete. On the other hand, Plans was quickly replaced by Google Maps, with Apple’s map application still light years ahead of its competitor despite significant recent improvements. 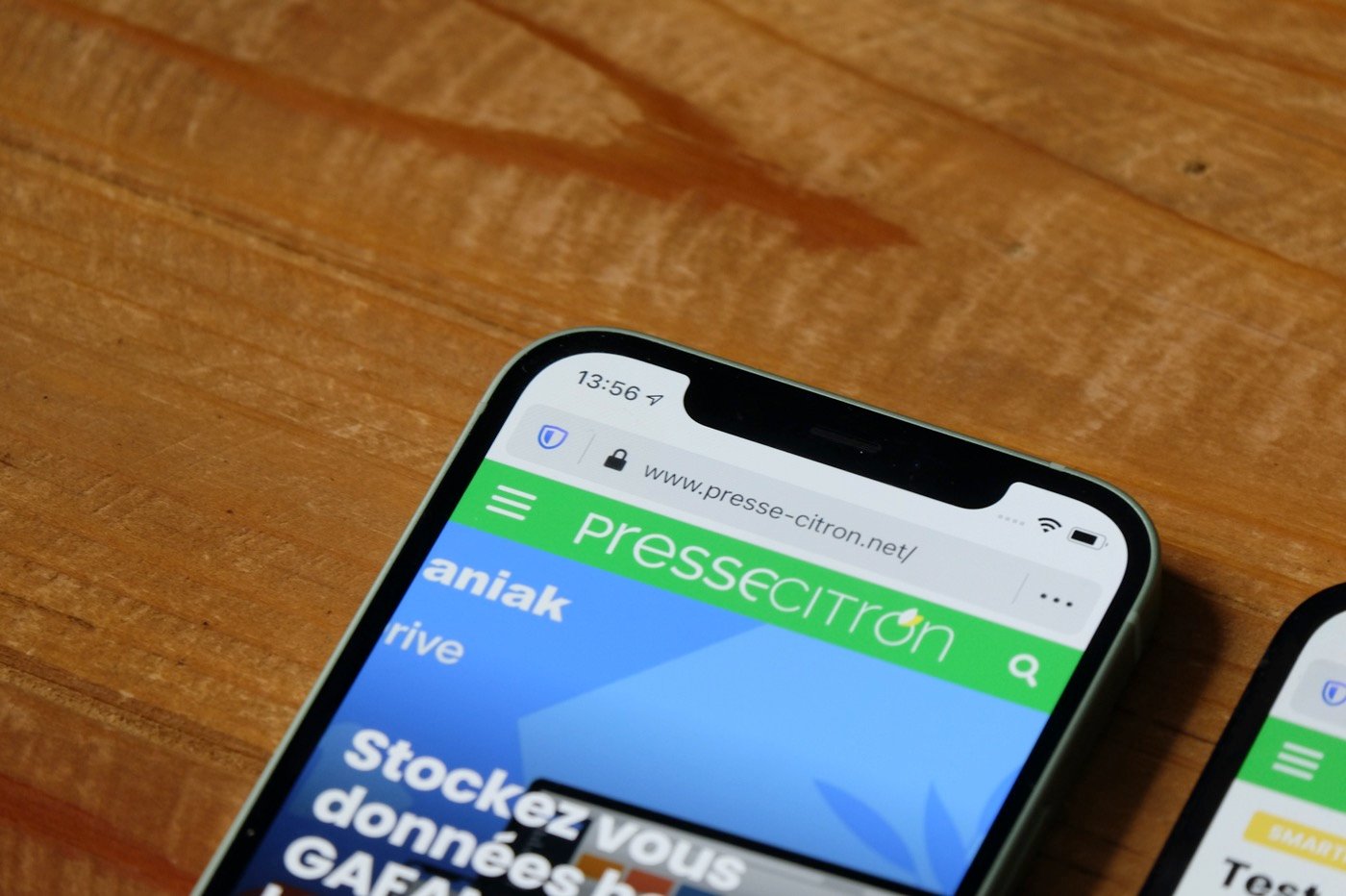 Finally, I cannot approach this editorial without citing Apple’s efforts protection of privacy. If Face ID forces Apple to keep this large notch on the screen, the facial recognition system is formidable in terms of security.

It can be used not only to unlock the iPhone, but also to pay in store or online. Face ID can also replace written passwords or the security systems of third-party applications, especially the most sensitive ones (banking apps, for example). 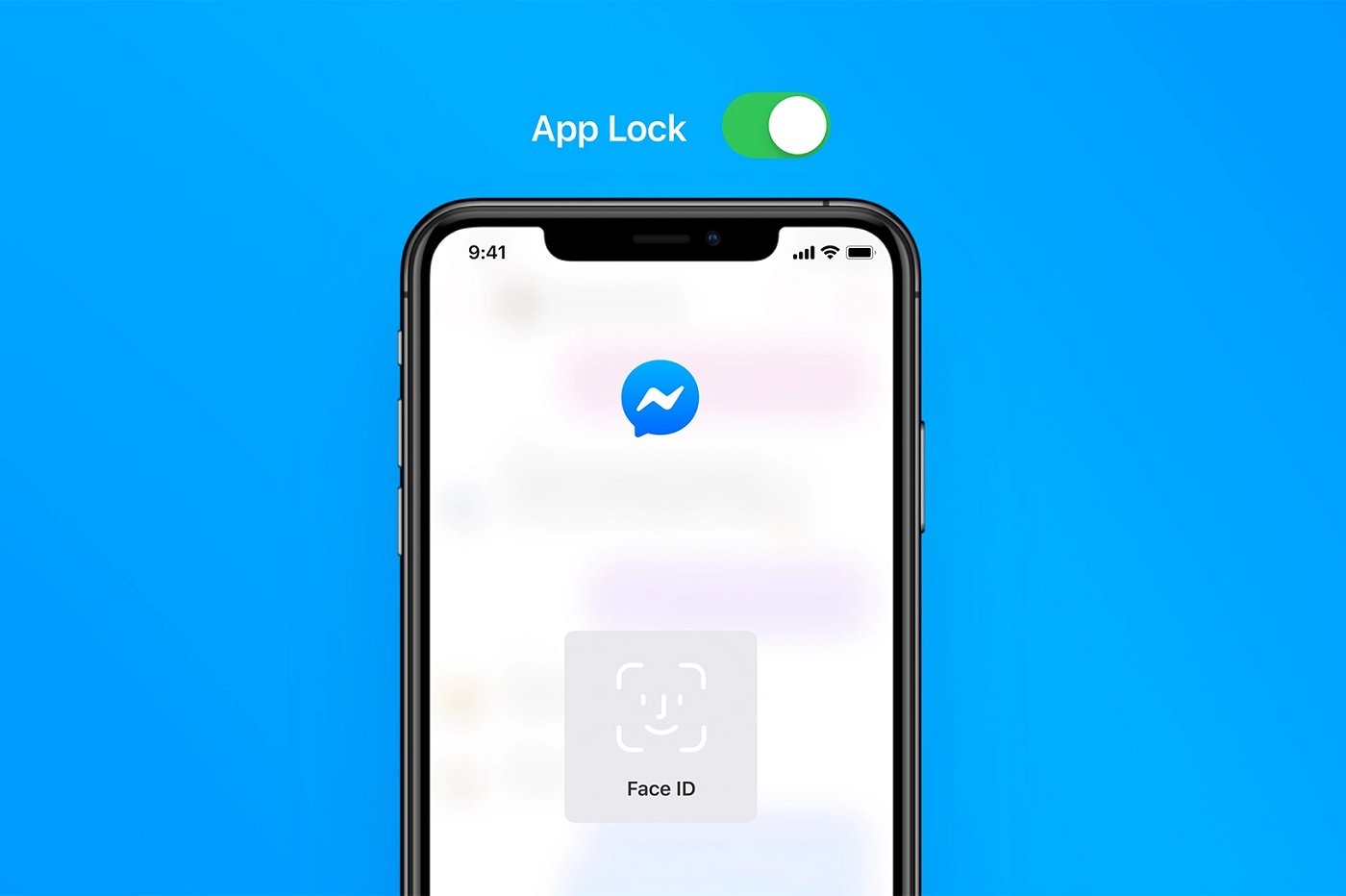 Finally, I would like to add that the management of application permissions is exemplary. A question of economic model: Apple does not exploit personal data, Google has based its model on this private information.

Reading these lines, you are probably saying to yourself that I like everything about the iPhone. Think again. I believe today that no system is perfect. Also, Coincidentally, I hated the iPhone to the point where I wanted to return to the Android universe.

The main black spot on the iPhone is only the consequence of the closure of iOS. I’m having a hard time figuring out the lack of interaction with third party apps. They are not fully integrated with iOS and an action that would have taken two seconds on Android requires multiple manipulations and/or round-trips. Terribly annoying on a daily basis.

Siri, you are a merguez

I also tore my hair out trying to communicate with Siri. I will not take tweezers: Apple’s assistant cannot match Google Assistant. First, because it does not necessarily interact with all third-party applications, but also because its response lacks relevance. It’s also not uncommon to have ended my “conversations” with Siri with “Siri, you’re a merguez”. 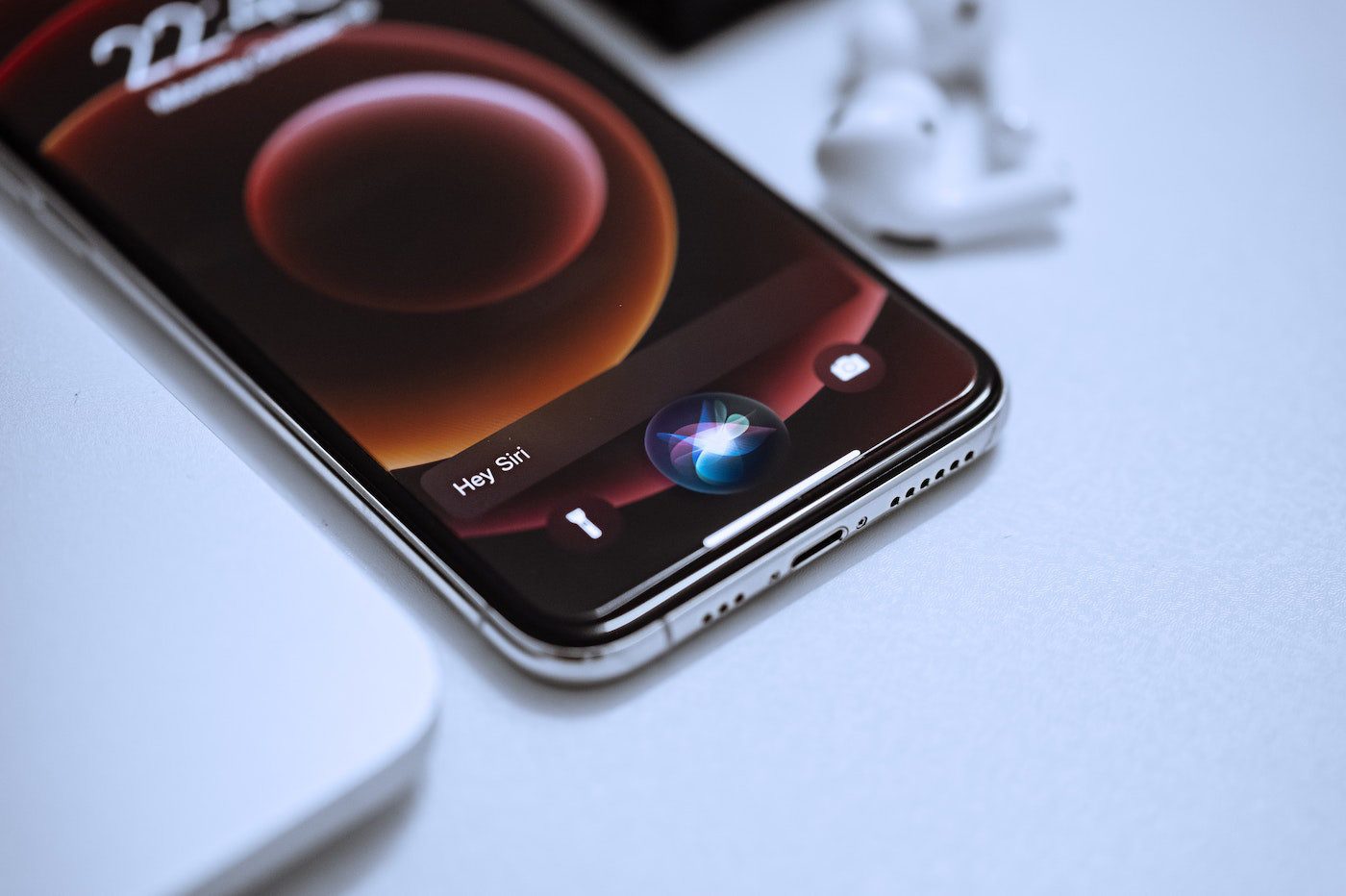 It won’t surprise anyone, the lack of customization in iOS also frustrated me a lot. Granted, Apple has embraced widgets, but the company seems to enjoy locking everything down. It’s better, but still far from the capabilities offered by Android.

Finally, the handling of notifications is also very far from what we find on Android. But iOS 15 and iOS 16 improve things significantly, especially with Do Not Disturb modes. I will therefore wait for the arrival of Android 13 and iOS 16 (which I have already tested in beta for a few weeks).

The opportunity to perhaps take the big leap again…