As with any electric motor, the basis of it all is a ring of copper coils that creates a magnetic field. This is a proven technology already in use by TQ, which can be easily dimensioned depending on the purpose and application of the end product.

A system of concentric rings, with the crankshaft as the common axis, was built around this. They engage when needed and an integrated freewheel ensures zero resistance when no action is required of them. An asymmetric force sensor – by pushing the pedals to the left and then the right side creates forces on the shaft in different directions – activates the engine electronically.

The result is support and training similar to a conventional bike. Getting rid of the characteristic “disturbing” noise from e-bikes was a priority for Trek. With a classic bike, after all, it is the sound of the woods and rubber rolling and shifting on the ground that dominates. As Trek explains, the noise level in decibels is one thing, but tone also has a big impact on engine perception. On this TQ HPR50, engineers have therefore strived to “produce” a lower sound, less noticeable and more pleasing to the human ear than the loud whistles that these engines normally produce.

A small detail, but not insignificant for the natural driving feeling, is that the HPR50 has a narrow Q-factor of 135 mm. The entire engine and its electronics are produced in Germany, at TQ’s production facility in Inning am Ammersee. Setting up the production line required a significant budget, but it would provide the necessary flexibility, and since most of the raw materials come from Europe, there is also more stability in terms of delivery times. Given the current situation in the sector, this argument may be important.

The battery, the screen and the application 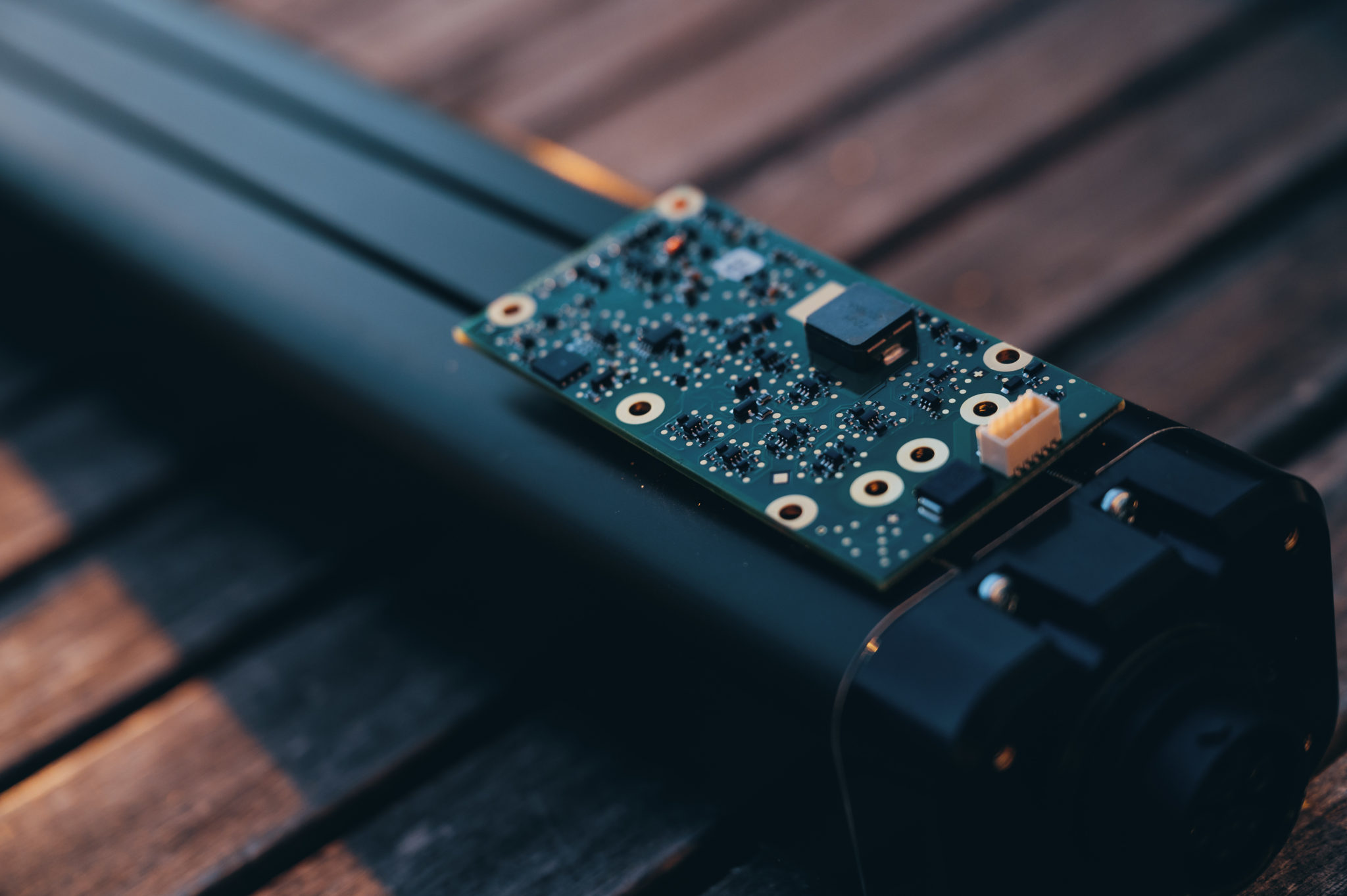 The proprietary battery delivers 360 Wh capacity with an energy density of 316 Wh / dm3, the highest on the market today. In other words, it means that it is small and compact, primarily thanks to the BMS control system reduced to its simplest form (removed from the battery box in the picture as an example).

For the Trek, it also means fewer limitations in frame design, and an e-bike that looks (very much) like a regular bike. The total weight of the engine, battery and accessories (screen, handlebar, charging port,…) is only 3.9 kg. By comparison, it’s 300g less than the new Fazua Ride 60. The latter offers 10 Nm and 70 Wh more, but we know that when it comes to assistance, numbers are not everything, and electronic steering is even more important.

The battery itself weighs only 1830g and has a capacity of 360Wh, which can be further increased with the optional 160Wh range extender. This Range Extender has the weight and especially the dimensions of a bottle (full) and therefore fits easily into a bottle cage. On the frame, the charging port is not located in the classic place at the bottom of the front triangle, but at the top of the downtube, on the “inner” side. This prevents dirt from penetrating and can be easily accessed to connect the charger or Range Extender. Speaking of which, the main battery can be charged in two and a half hours with TQ’s proprietary charger.

Range Extender can also act as one autonomous power source.

Thanks to its dual charging ports, the Range Extender can be recharged simultaneously with the battery without having to remove it from the frame. And it can also act as an independent power source. It is therefore possible to ride very easily without the main battery in the down tube … And you can (finally) take your electric bike on the plane, as separate 160 Wh batteries are approved on planes. 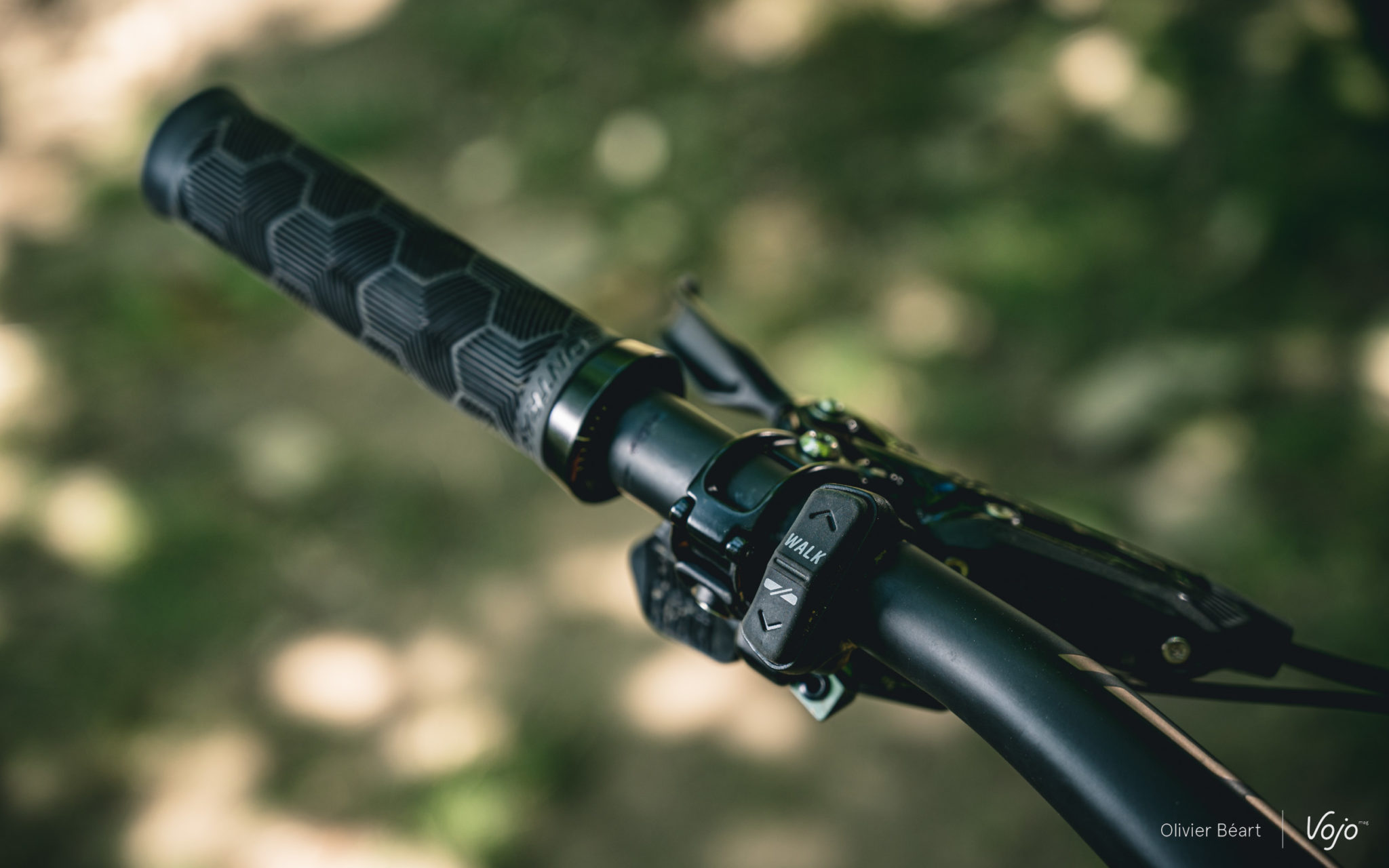 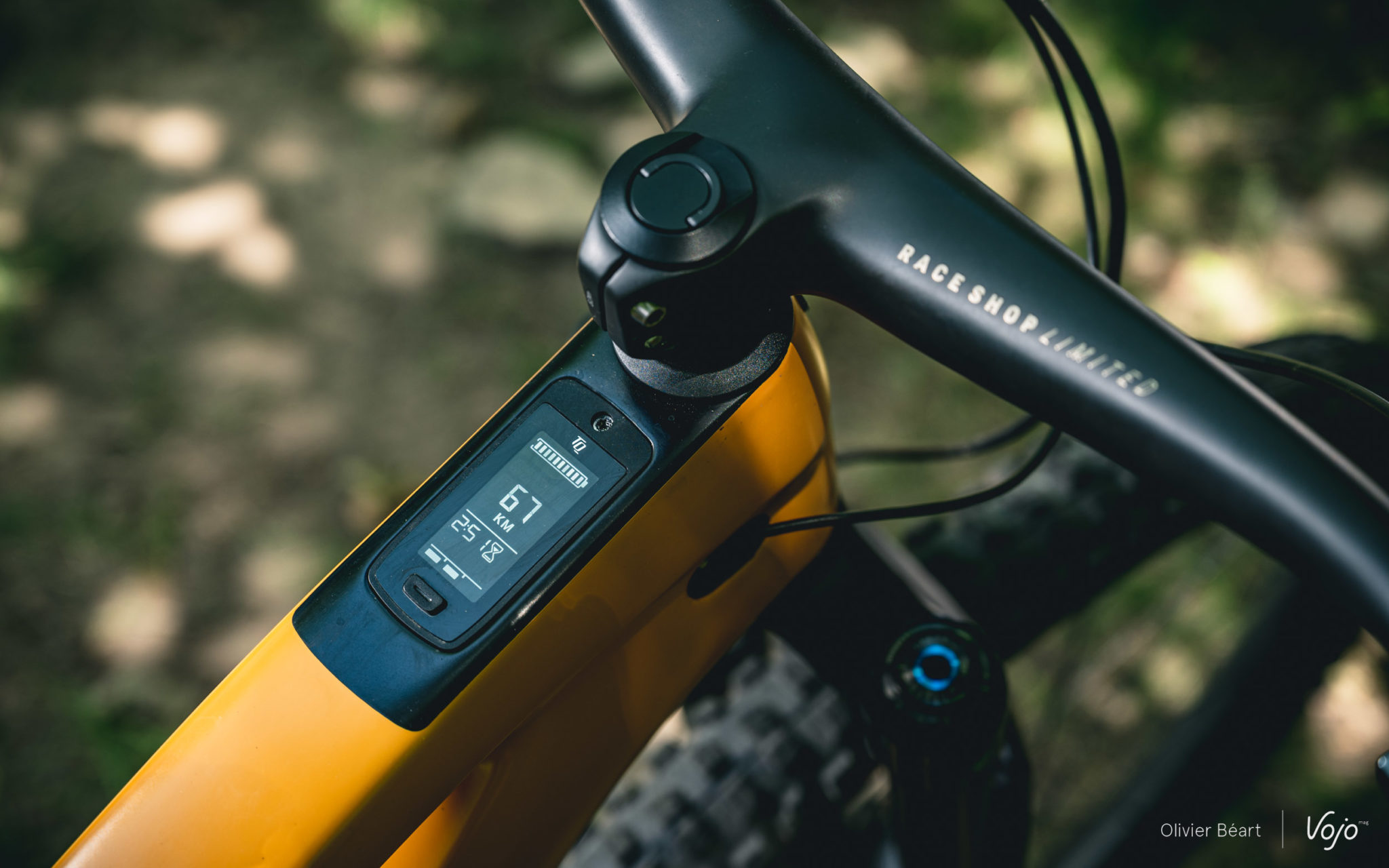 The 2-inch OLED screen is integrated in the top tube. Perfectly readable from above, it is almost invisible from the side. A single button turns the system on or off and navigates between display modes. It is paired with a compact and discreet control with two buttons on the handlebars to activate the auxiliary functions (or walking assistant).

In collaboration with TQ, Trek has developed a new Trek Central app that connects wirelessly to Fuel EXE and allows the user to customize their bike.

In addition, Trek in collaboration with TQ has developed a new Trek Central app that wirelessly connects to Fuel EXE and allows the user to customize the bike. The Trek Central app allows you to change various engine settings, record activities, view routes and calculate remaining range in real time. On the most luxurious model, tire pressure and suspension can also be monitored. However, we have not had the opportunity to try the app yet, as it was first released today.