La Tribune – La Cité de l’Espace, based in Toulouse, is currently celebrating its 25th anniversary. Is this cultural site stretching over five acres at its highest, or is it just the beginning of a great adventure?

Jean-Baptiste Desbois – Cité de l’Espace is in full development and experiencing a fantastic development! Great things are still waiting. Its 25 years is just a scene.

It is true that its attendance has been booming in recent years if we put the health crisis on hold. It is the second most visited tourist resort in Toulouse, in front of the Saint-Sernin Basilica. How do you explain this growing public love?

The period of the health crisis was not easy and we pulled ourselves together to overcome it. After all, in 2021, which was shortened by four months of administrative closure for health reasons, we welcomed 275,000 visitors. It’s a very nice surprise. During the last months of the year, we returned to visitor levels in 2019. We remain the largest site in Europe on this theme and we are in the top 5 worldwide.

To achieve these results since I arrived at the Cité de l’Espace eleven years ago, we have implemented three areas of development. First and foremost, our strong desire is to be as close as possible to space news in our offerings and thus celebrate the great moments of space. Then the goal for us is to seek out and stimulate everyone’s curiosity. Yes, space is science and geopolitics, but it is also history, heritage and culture. Anyone can be interested in coming and seeing us. Finally, our ambition is to create the link between content that can sometimes seem complicated and the general public. This requires popularization and mediation. The Cité de l’Espace is basically a place for the popularization of space and science.

In early June, French astronaut Thomas Pesquet arrived to share his experiences with the general public after his two trips aboard the International Space Station (Credit: Rémi Benoit).

Depending on the exhibits and topics, we use immersion or even interactivity. For example, with an interactive activity of about 30 minutes, we are currently explaining to our visitors how future astronauts are being recruited thanks to a partnership with the European Space Agency (ESA). Currently, the agency is in the midst of a recruitment campaign for its future astronauts. We also use contemplation through the Imax space or the Planetarium, not forgetting the astronautical dome, which allows us to observe the sky and the stars.

Recently, we inaugurated our Mars floor, which gives visitors an immersion in what Mars looks like. This is directly related to the news, as there are currently several robot missions on the red planet, and it will definitely be the next phase of man after the moon … 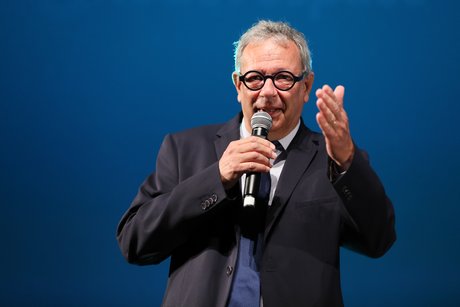 Jean-Baptiste Desbois is the day-to-day manager of the Cité de l’Espace, which has employed 130 people on a daily basis for eleven years (credits: Rémi Benoit).

In this context, the Cité de l’Espace and its partners have decided to invest 14 million euros in the LunExplorer project with the aim of taking visitors on a lunar journey. Is this not an important step for the museum, which has never had such immersive equipment for its audience?

This is a project carried out under the project management of Toulouse Métropole. It was a project that had been in the Cité de l’Espace’s plans for a while, we were waiting for the ideal moment and the funding to make it happen. It will be an immersive and sensual experience. To understand, you need to know that it is planned to build a space station near the Moon and then make regular trips between it and the moon’s earth.

With regard to LunExplorer, we decided to transform a facility that is more than 20 years old and to erect a building nearby. This experience will tell how we went to the Moon and how man intends to return there at a certain time. Following these explanations, the public will enter groups of four in capsules, allowing them to feel the sensation of landing on the moon. After this attraction, we will explain to them the reason for the next lunar missions.

Work is underway and we should inaugurate this new offering in July 2023. With this, we expect between 30,000 and 40,000 additional visitors each year, according to our surveys.

What are flagship projects like this coming for the Cité de l’Espace?

LunExplorer is a very large brick for us. We have a few projects in the pipeline, but it’s too early to talk about them. 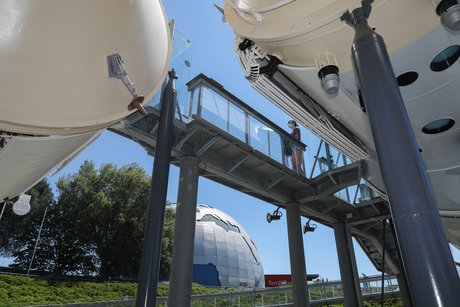 So how are you going to increase the museum visit further in the image of the contribution that this new experience will make?

Today our participation is 75% family, 15% school and 10% BtoB. In terms of geographical origin, 40% are visitors from Occitania, 40% are French visitors from countries outside Occitania and the rest are foreigners. And our growth in attendance is especially in these last two categories of the public.

To increase our attendance, we have significantly revised our communication strategy, especially on social networks. Then, for the first time in the history of the Cité de l’Espace, we carried out a poster campaign in the Paris metro, at the Montparnasse station and at the Paris Opera. For us, this communication at national level is completely new. But now the Cité de l’Espace is known for being able to afford such an operation. 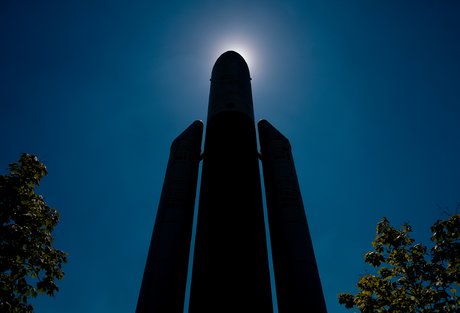 The French are facing high inflation, and leisure time can be based on certain choices in consumer priorities and thus undermine your participation goals. What is the Cité de l’Espace’s pricing policy in this economic context?

We are in the average prices for a site of similar size, with the difference that we offer us a content offer that allows you to stay a whole day with us. But we have still started to develop customized offers for a while, such as the regular price for families, the second day of five euros or annual passes, which are written off from the second visit. In addition, we have not changed our prices for school children for several years and we will not raise our prices to the public in 2022 despite the inflation which is also affecting us.