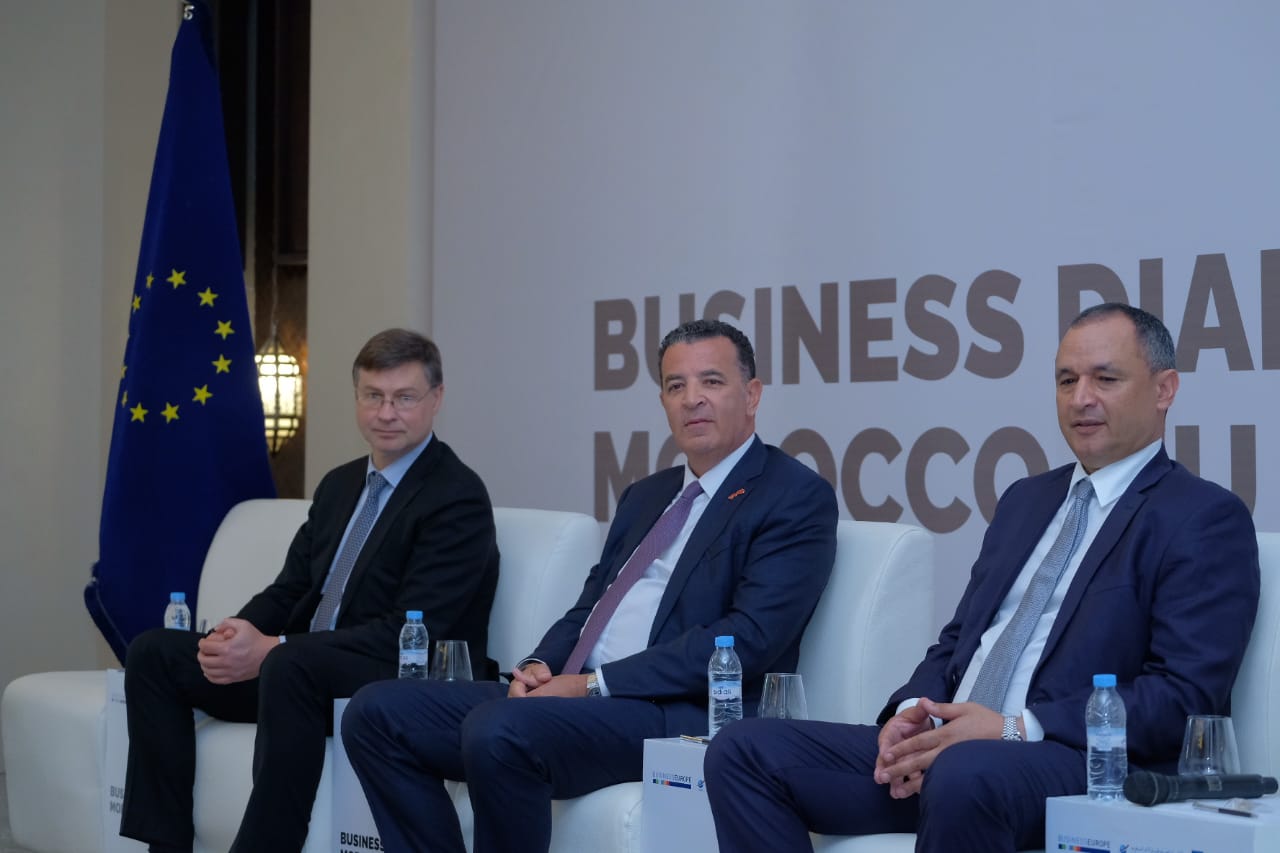 Speaking at the opening of this meeting, DOMBROVSKIS emphasized that “this first trade dialogue between the EU and Morocco was an important step. The EU and Morocco today have strong and well-established trade and economic ties: the total bilateral trade in goods amounted to “EUR 43 billion by 2021, the highest level ever, and we have a stable exchange of services, but we can do much more, especially to support the green and digital transformation of our economies.”

He added that “EU companies and investors recognize Morocco’s potential. They are eager to strengthen their relationship, supported by strong legal and business frameworks. Today’s Business Dialogue will facilitate these important discussions. From an EU perspective, we are ready to discuss how to modernize the free trade area, and focus specifically on how we can facilitate further and more sustainable foreign direct investment. ”

The President of the CGEM, for his part, insisted on “the need to modernize the association agreement between Morocco and the EU, which dates from 2000, so that it can take into account the progress that Morocco has made during the advance of His Majesty King Mohammed VI. May God help him, the new economic realities, especially those generated by the Covid-19 pandemic and by tensions in Eastern Europe, such as the rise in commodity and freight prices. ”

He also emphasized the key role that the Moroccan and European private sectors can play in strengthening the Morocco-EU partnership and continuing to build a common, strong and resilient neighborhood. The ALJ then focused on the strategic priorities of Moroccan and European business leaders, namely better access to markets, green transition, the resilience of value chains and Euro-African development, before insisting on urgent action.

Pierre GATTAZ emphasized “the need to adapt the EU-Morocco Association Agreement to the commercial realities of the 21st century and to the needs of companies in key areas such as the digital economy. In the current context of growing geopolitical risks, it is important for Europe to diversify its markets, and Morocco is a natural partner ”.

The exchanges made it possible to identify a number of challenges facing economic actors in connection with investment and trade between Morocco and the EU. The private sector has clearly expressed its desire not only to protect the trade link between Morocco and the EU, but also to update it. Discussions also focused on the opportunities to be seized, in particular in terms of innovation, digital and sustainability.

As a reminder, last September CGEM and BusinessEurope adopted a trade and investment modernization pact between the Kingdom of Morocco and the European Union, based on 8 pillars: investment, the agreement on the reduction of non-tariff barriers to industrial products, including a mutual recognition agreement of rules and standards, services and transport, professional qualifications, customs, VSMEs, business environment and food safety.