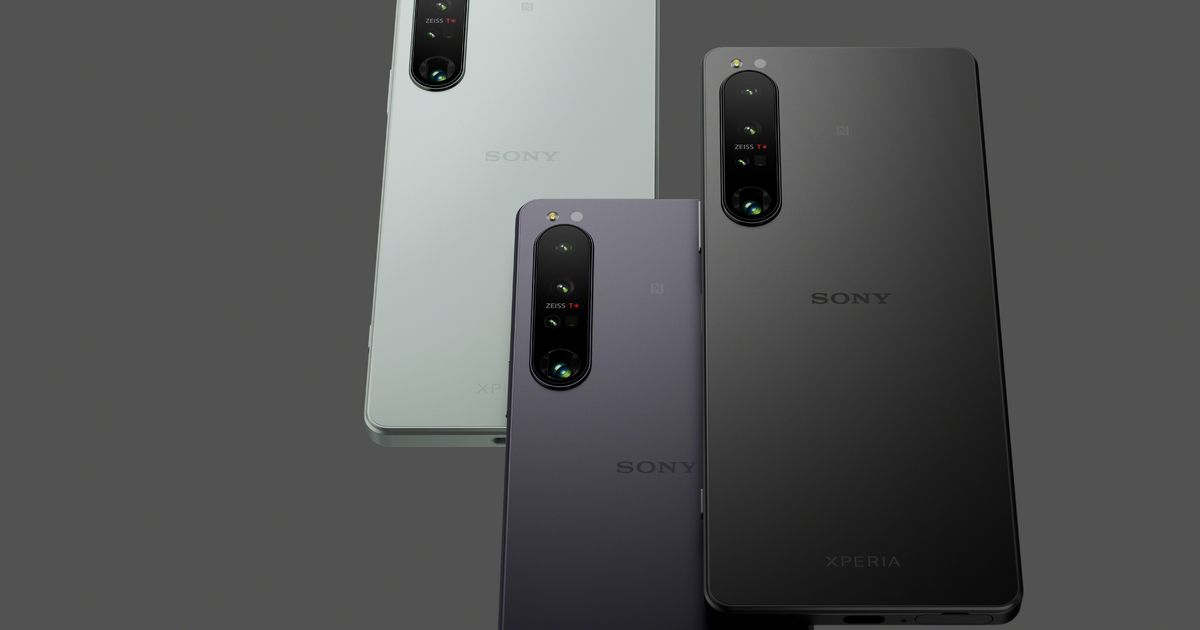 It is often just before the summer that Sony unveils a new wave of smartphones, and the Japanese remain true to their habits again this year. Sony’s catalog retains the same structure as last year and therefore launches new Xperia 1 and 10, this time stamped “IV”. Missing between the two devices is the Xperia 5 IV, which we can hope to make official within a few months.

For now, it’s the Xperia 1 IV that represents the high end of Sony’s ecosystem. The device is, like its oldest, dependent on image capture, and to do this offers a new optical zoom, now continuous: it is rolled out to the equivalent of 85 to 125 mm, against 70 or 105 mm on the Xperia 1 III. This focal length is, as always at Sony, connected to a 12-megapixel sensor.

The rear photo unit of the Xperia 1 IV is completed by another 12 megapixel sensor with its 24 mm equivalent optics, and with another 12 megapixel also with an ultra wide angle optics equivalent to 16 mm. One of the news regarding them is the ability to shoot in 4K at 120 fps with these three modules, but also to take burst images at 20 fps with AF / AE tracking and HDR with each of them.

Many video creation options are associated with the Xperia 1 IV photo pad. Sony thus develops Videography Pro, intended to facilitate adjustments during video recording, but also to transform the smartphone into a screen that accompanies a camera in the Alpha series, if necessary.

Let’s add that Sony does not stop by taking pictures. The manufacturer, whose new WH-1000XM5 headphones are also expected in the near future, does not surprisingly offer support for Hi-res files and 360 Reality audio on its smartphone, but not only. The Music Pro feature, he says, aims to reduce extraneous noise, reproduce the reverberation of a professional studio, and separate vocals and instruments to create specially polished sound recordings.

After all, this Xperia 1 IV has a technical sheet in line with its advanced positioning. Its 165 x 71, 8.2 mm (185 g) cover hides a 6.5-inch OLED and 120 Hz display, a Snapdragon 8 Gen 1 chip accompanied by 12 GB of RAM, but also 256 GB of expandable storage with a microSD card. The IP65 / 68 certified device includes a 5000 mAh battery that is compatible with 30 W charging and wireless charging. It should be noted that Sony is taking a “green” turn this year and no longer supplies a charger or cable with its smartphone. Finally, count € 1399 for this unit, which will be available in mid-June.

The very serious Xperia 1 IV is accompanied by a much more affordable Xperia 10 IV, but also less ambitious. Available in several colors (black, mint, lavender, white), the smartphone depends on a contained weight and dimensions to seduce: it thus measures 153 x 67 x 8.3 mm to 161 grams. The device is based on the Snapdragon 695 chip (5G compatible), includes 6 GB of RAM, 128 GB of storage space and a 5000 W battery hidden behind a 6-inch OLED screen. On the photo side, Sony offers three sensors here (one with wide angle, the other an ultra wide angle and the last with telephoto lens). These modules all benefit from optical stabilization in still images, and most importantly, they also benefit from it for video recording. Finally, like all Sony smartphones, the IP65 / 68 certification is there.

Less ambitious in terms of photography and equipped with a mid-range chip, the Xperia 10 IV will be billed at a lower price: it will be announced at € 499 from mid-June.