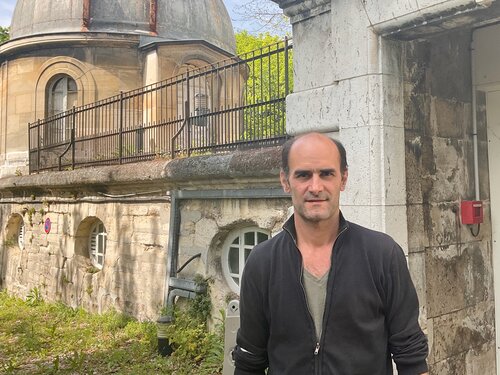 The deputy director of the laboratory responsible for its national metrology mission and the head of the research team for optical frequency metrology, Sébastien Bize, has been exceptionally involved in his laboratory and in the international community with a driver:

“Develop state-of-the-art instrumentation that is as effective as it is available over time.”

Sébastien Bize first excelled in his significant contribution to the construction of the “double fountain”, a laser-cooled atomic clock, unique in the world, as it works simultaneously with cesium 133 and rubidium 87 atomic units, the second, but also the corresponding transition of rubidium, which has advantageous physical properties at very low temperatures.

This unique clock, in almost continuous operation for almost 20 years now, has enabled SYRTE to have the most accurate primary frequency standard in the world and to have the hyperfine transition at 6.8 GHz of rubidium 87 recognized as the first secondary representation of the unit of time.

Sébastien Bize has also worked to increase the laboratory’s and France’s influence on global time metrology. He has greatly contributed to the fact that the double fountain, with the cesium atomic fountains already developed and operated at the SYRTE laboratory, has participated in more than 40% of the international nuclear time calibrations over the past 15 years.

Such precision of time measurement held for several years makes it possible to search for small variations of space-time and thus test the theory of gravity and the standard model of particle physics, rival and often exceeding cosmological and high energy. tests.

These are just a few facets of Sébastien Bize’s work …

Since 2002, Sébastien has been involved in the development of the new generation of clocks, where he no longer uses transitions “authorized” by quantum physics, but “forbidden” transitions, where the transition frequencies are no longer in the range of 10 GHz, but in the range of 400 -800 THz, which is then excited by lasers. The much higher frequency of the transition makes it possible to cut and therefore measure time with increased precision, in several orders of magnitude.

To limit the disturbance of the transition frequency of the Doppler effect and of other effects of interactions between atoms (among others), optical clocks require control of the motion and position of the atoms in ultra-sophisticated traps. New quantum systems, with atoms or ions, are then studied to produce these so-called “optical” clocks.

Sébastien Bize made the first optical watch with cold mercury atoms, by showing that one of its transitions had particularly attractive quantum properties for invariance testing of fundamental constants. The cold mercury atom wall is a challenge that is particularly daring of the necessary mastery of optics in the ultraviolet range and non-linear optics, in addition to the mastery of quantum technologies.

Today, a whole set of clocks that probe the transitions between different atoms (mercury, strontium, cesium and rubidium) are operated together on SYRTE and compared to optical frequency combs. Sébastien Bize was thus able to play a central role in the precise determination of the frequency relationships between these new atomic transitions and in the recognition of new secondary representations of the other, some of which will play a role in the future redefinition of the other. .

The coming years are expected to be very exciting. Optical clocks, instruments with extreme precision that can be compared without deterioration with new optical means on earth and in space, promise, in addition to the redefinition of the other, the emergence of chronometric geodesy and test increasingly restrictive theories of elementary interactions.