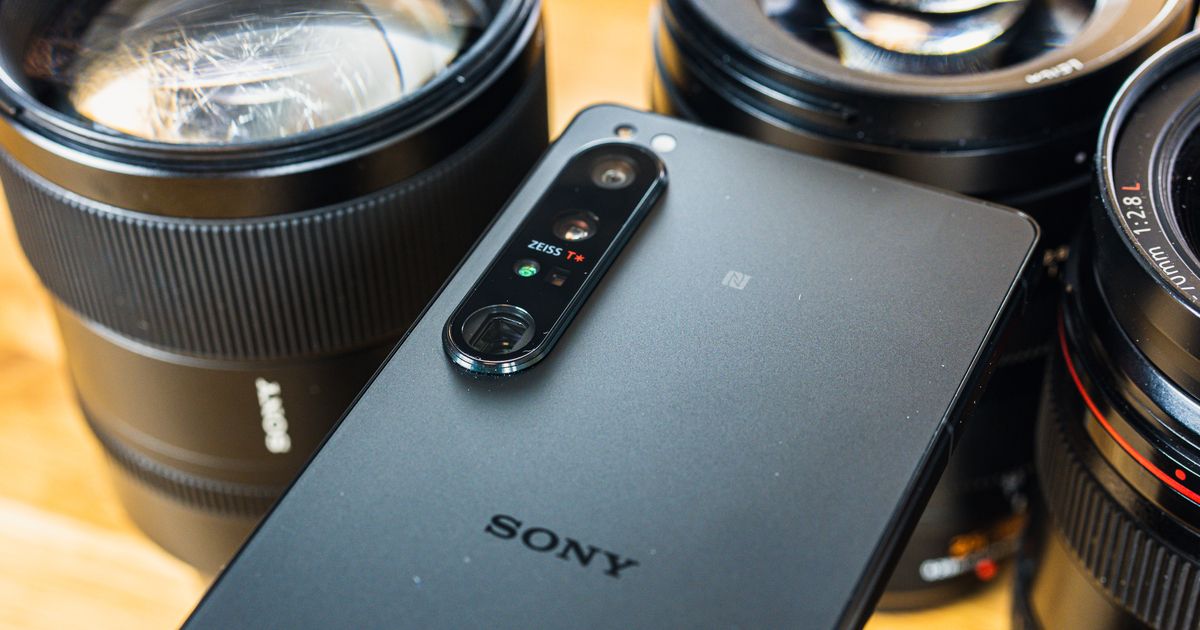 Following an Xperia 1 III with a zoom equivalent to 70-105 mm, Sony is back with an Xperia 1 IV this time equipped with a true continuous zoom ranging from 85 to 125 mm. An interesting development, but with a delicate implementation, as our laboratory test illustrates.

We performed our lab test using the smartphone sent to us by Sony. This is a pre-production model – a prototype – that will undergo some software modifications before its release. Sony actually confirms to us that no significant change is expected before then. Nevertheless, it seemed relevant to us to present our conclusions to you, significant changes appear unlikely during the few weeks that separate our tests from the marketing of this Xperia 1 IV.

In 2021, Sony had shown ingenuity by offering a varifocal telephoto lens as a third photo module with its Xperia 1 III and 5 III. This made it possible to switch between a focal length corresponding to 70 mm (in 24 x 36) and 105 mm. An interesting concept that brought a certain versatility to the smartphone. A year later, while some competitors, such as Google and its Pixel 6 Pro, have also launched (and successfully) at long focal lengths, Sony is pushing its zoom a little further.

The all-new Xperia 1 IV is seen this time with a zoom corresponding to 85-125 mm. For those who want to see ever more distant subjects or want to specialize in portraits, these new focal lengths seem quite relevant. In addition, according to Sony, it is now a real zoom, and the transition from one focal length to another will no longer go through a digital zoom. However, the technical characteristics of the telephoto lens raise some questions.

If the telephoto modules on the two smartphones remain very similar, we can notice that the sensor on the Xperia 1 IV is smaller than the sensor on the 1 III. And when we talk about smartphone sensors that are not already very large, reducing the sensitive cell a little more can lead to certain complications, especially in low light. Then you need a good portion of software to compensate.

As we can see, there is some difference. At 85mm, the Sony Xperia 1 IV struggles to reproduce the same level of detail as the 70mm Xperia 1 III. A white veil appears to have settled in front of the lens, and apart from the lenses, we can assume that a reduction in the size of the sensor from 1 / 2.9 “to 1 / 3.5” is of great importance and that the software does not can make up for the mistakes.

When you press the focal length, the detail loss is even more highlighted. The Xperia 1 III’s results are not unusual, but they hold. In contrast, the 125 mm equivalent of the Xperia 1 IV gives a significantly degraded image. When we looked at the first pictures, we thought we were dealing with dirty optics or even motion blur. After several tests, however, we can say that this 125 mm focal length gives a clearly disappointing picture.

The loss of detail observed at 85 mm is further accentuated at 125 mm. Between the small sensor, the 12 megapixel definition and the low f / 2.8 aperture, it becomes difficult to achieve a truly usable image. And yet, we used a tripod that focused on a distant subject that was not its strong point. Handheld, despite optical stabilization, recording usable recordings will be a bit more complicated.

After our first results, we got our fingers in another copy of the Xperia 1 IV to check if the same defects could be observed everywhere. The second restored model offers an image of poor quality, but to a lesser extent. The autofocus performance with the zoom module was very uncertain, the two phones, two prototypes therefore, faced the same problem of focusing at full zoom.

At night, difficult to use

As the brightness decreases, the performance drops quite drastically on both sides. Despite the software processing, it becomes complicated to clearly distinguish the scene. The Sony Xperia 1 IV retains its whitish appearance, which allows it to benefit from slightly better exposure, but with a level of detail that is still too low.

A zoom to book under specific conditions

To qualify our point, we wanted to show the latitude of the zoom. We can then observe the full intensity of the optical zoom and also its applicability. We framed our scene with the widest focal length – 16 mm – before zooming in step by step. With the longer focal lengths, we have noticeably better results than in our previous tests. By getting closer to the scene thanks to the zoom, the low definition of the sensor and its small size have less influence on the shots, and the images taken are thus of much higher quality. Autofocus problems also seem less present.

That said, outside our lab it was almost impossible for us to repeat the operation and the image irreparably lost in quality. To maintain such a level of detail, and a consistent autofocus, you must therefore be quite close to your subject, on foot and with strong lighting, which does not necessarily correspond to reproducible conditions of use in everyday life.

The Google Pixel 6 Pro has a telephoto lens with a focal length close to the Sony Xperia 1 III (about 105 mm). But unlike Sony smartphones, it has a larger 1/2 “sensor with a definition of 48 megapixels (reduced to 12.5 megapixels of pixel binning) and above all a functional autofocus. Thanks to these two features and Google’s know-how in image processing, we can see that the Pixel 6 Pro offers a much richer and more detailed image, almost too much. This is quite visible with our excerpt of the two smartphones with the same focal length. We can even estimate that a digital crop on this image up to 125 mm would then be preferable to the optical zoom on the Xperia 1 IV.

In the field, outside our laboratories, we can observe the same differences. Admittedly, the Pixel 6 Pro offers a very saturated image with an almost whimsical accentuation of details, but on the contrary, in addition to a more neutral, perhaps more “natural” colorimetry, the image of the Sony Xperia 1 IV is largely lacking in detail and appears all as almost blurred because of this focus problem. This test highlights the problems with Sony’s long focal length.