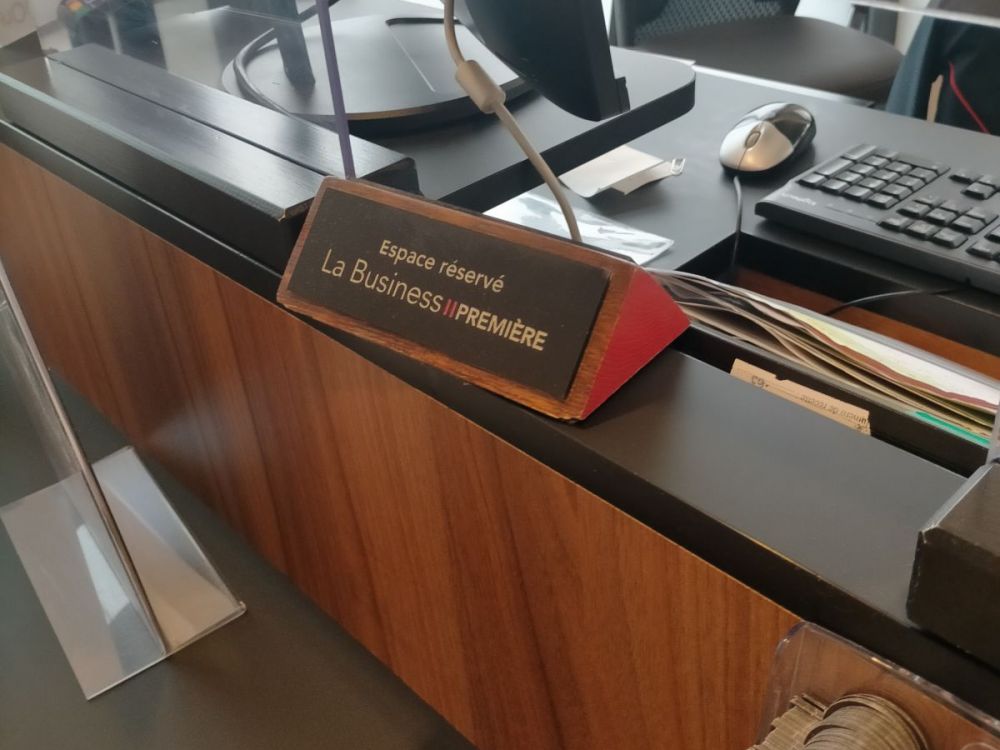 We were delighted to travel in an excess of luxury between Paris and Lyon for the purpose of the study. Defying the inevitable jealousy of colleagues, we almost kissed the editor – in – chief as he signed our mission statement with the unpublished mention: “Take a ticket in First Business class. Imperative”.

In the morning we arrived at the station an hour early, at. 7:30, apparently equipped with this one-way ticket for 142 euros – when the traveler in Ouigo gets away with it for 22 euros – with red capital letters indicating “Salon TGV Inoui” and “Direct access”. Jean-Luc Mélenchon is not mistaken, after a certain age, luxury should become the norm. After so many trips in economy class, the backs of our reporters deserve the soft cushions and recliners with double armrests. 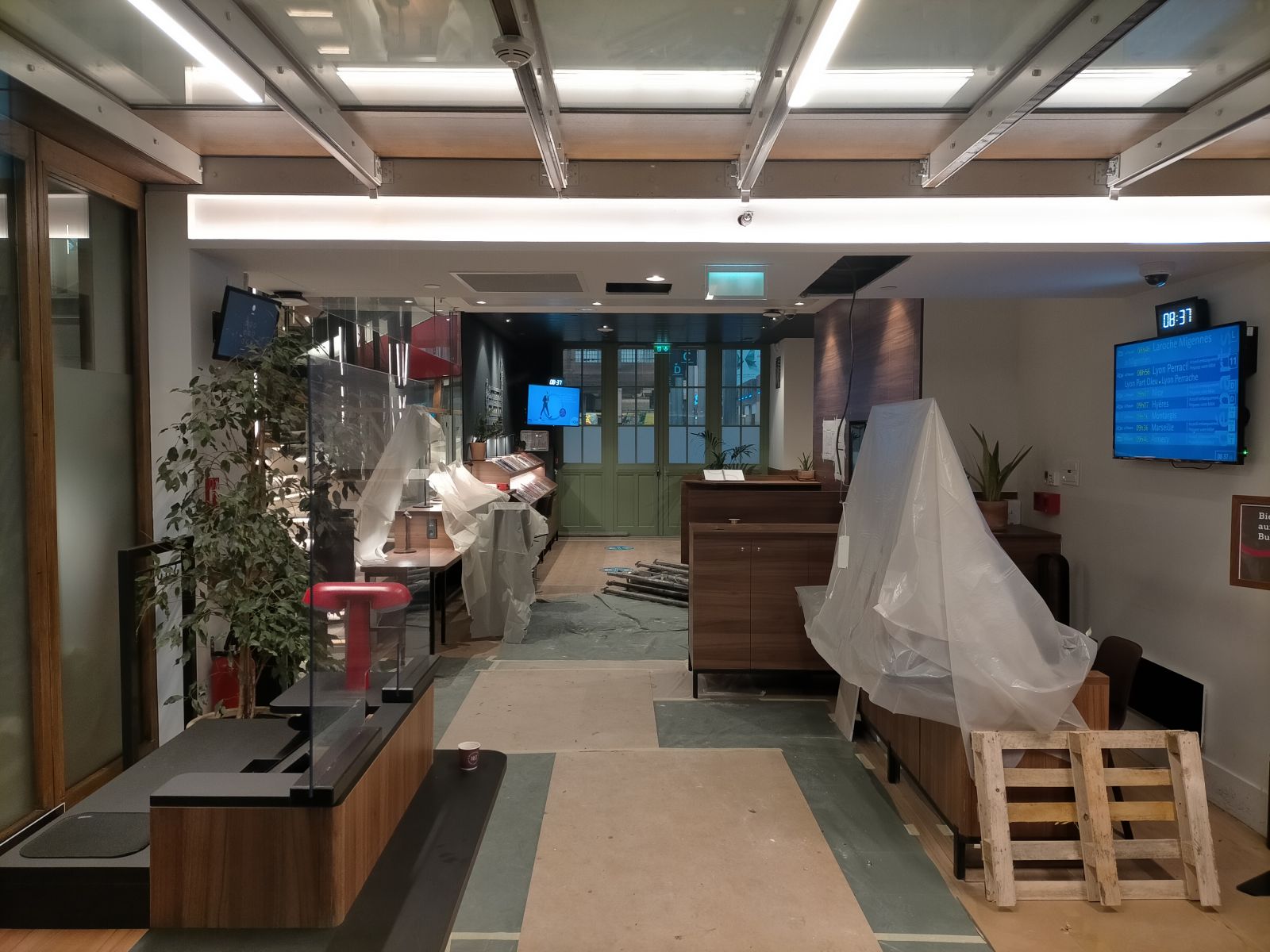 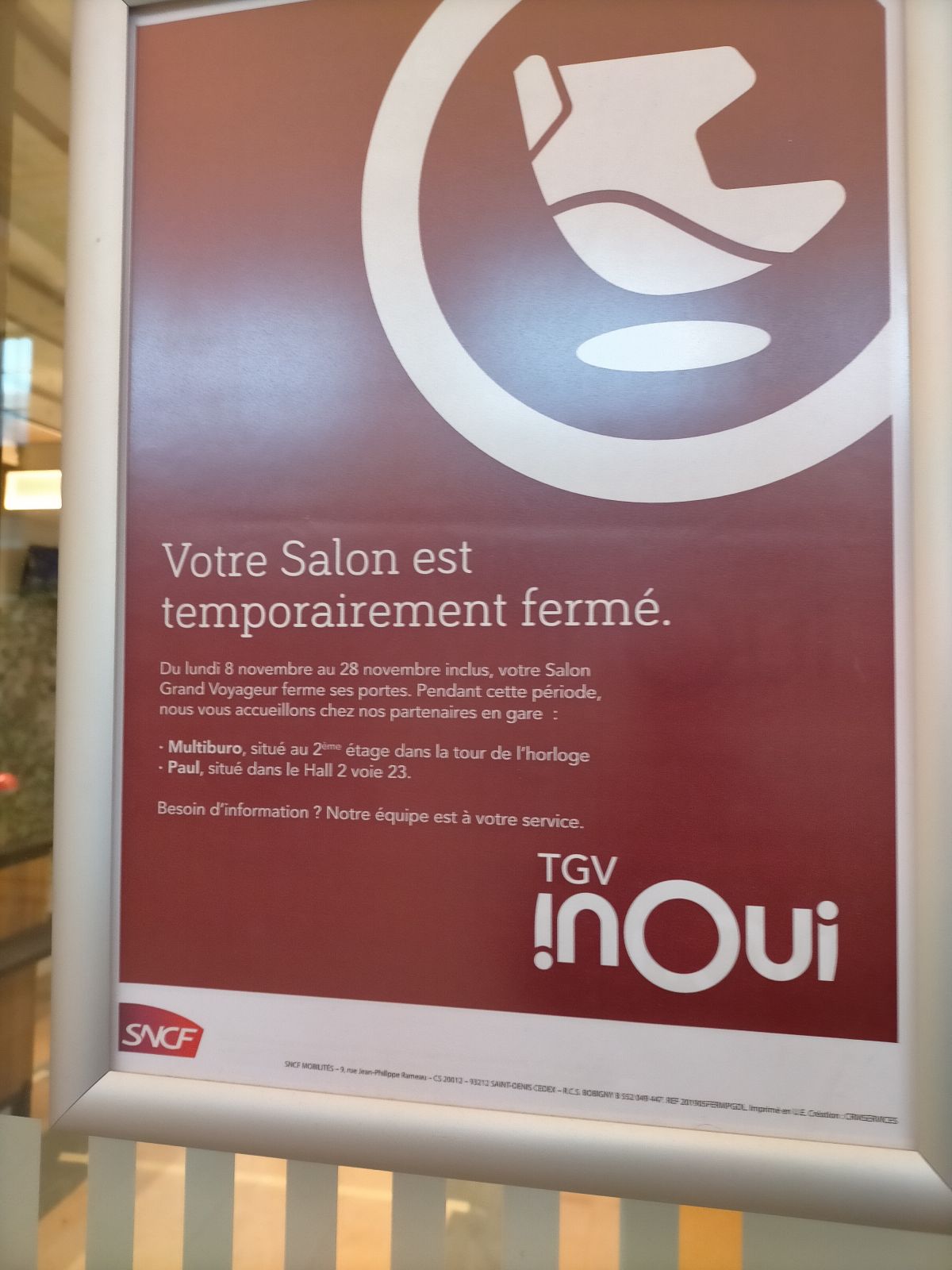 So happy for these little attention at airports, these priority lounges and first lounges with unlimited buffets, magazines galore and competitive wifi, we could not help but carry a big smile as we strolled through the magnificent Galerie des Fresques de Gare de Lyon in Paris, where the SNCF VIP lounge is located. The smile hardened by noticing that the door was closed, and reading the sign: “Your salon is temporarily closed … we welcome you to our partners Multiburo and Paul”, accompanied by a map that allows you to find these places for troubleshooting small elitists.

also readWhat will change the opening of competition for SNCF?

Forget it. Remaining worthy of adversity, we then head towards platform 11 and think that it is much better not to stuff ourselves with butter croissants, as there will necessarily be a very nice selection of brioches and cakes for the coffee that will be served to us in our Premiere Business rum. “Will they offer organic orange juice or a standard Tropicana? A seasonal fruit salad would be ideal.” Definitely the Italian trains, which will soon arrive in France and will offer a breakfast signed by chef Carlo Cracco, served instead: croissants, yogurt, fruit salad, mini organic lemon cake and tea or coffee. The competition is good, forcing SNCF to reconnect to its past with dining carts and waiters in white jackets.

No one welcomes the train, but with good grace we are waiting for our trip among these good people who have not been able to afford a Business ticket, the poor ones! They do not know what they are missing, we thought then …

Slightly disappointing, the train is identical to the TGV Atlantique with comfort seats, large folding tables, USB connectors, cabin mirror and housing for smartphone. Nothing new, but it’s probably a sign that unique service makes the difference. A headrest cover with logo indicates that we, lucky, lucky guys, are in “Première Business”. 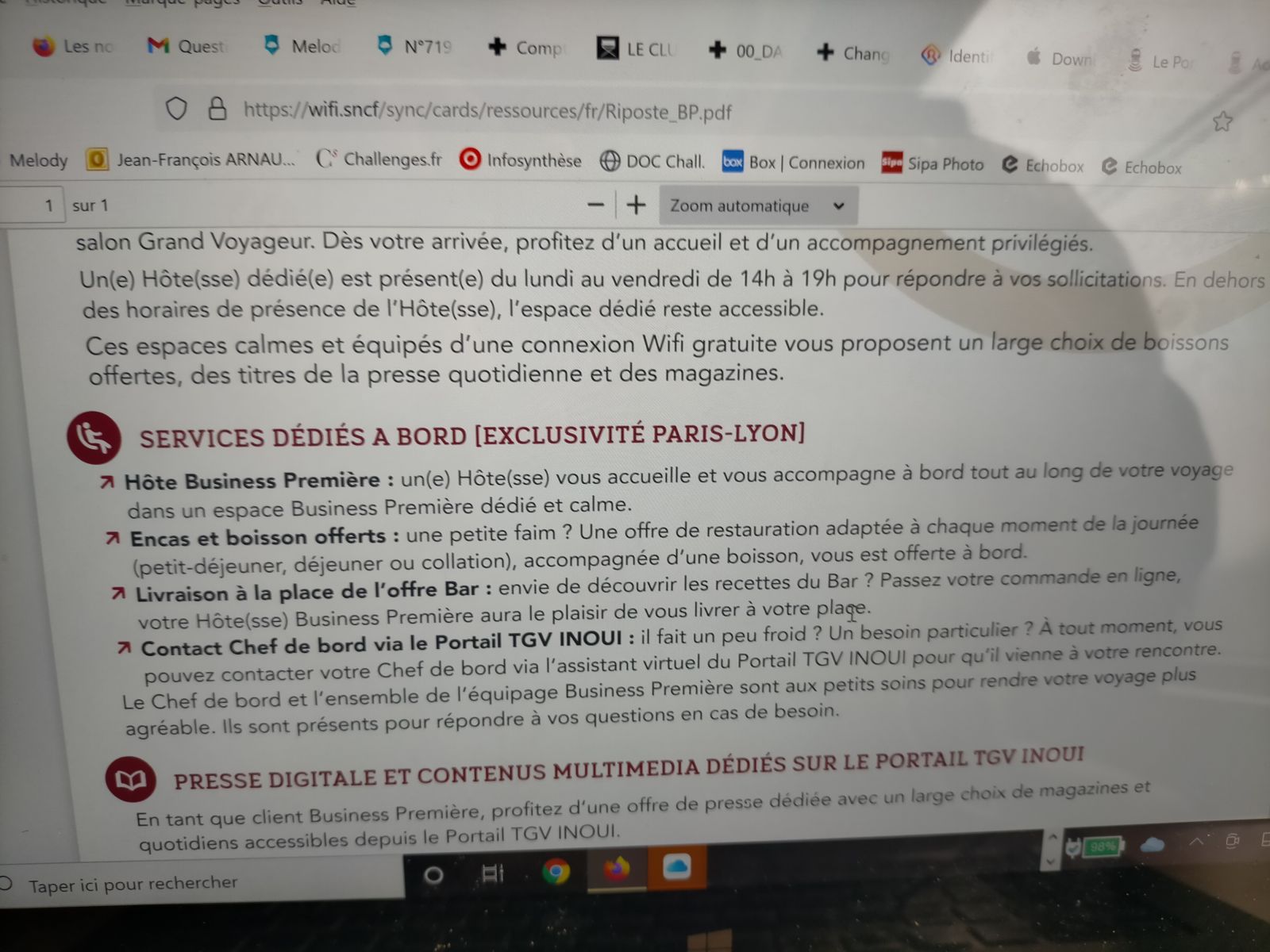 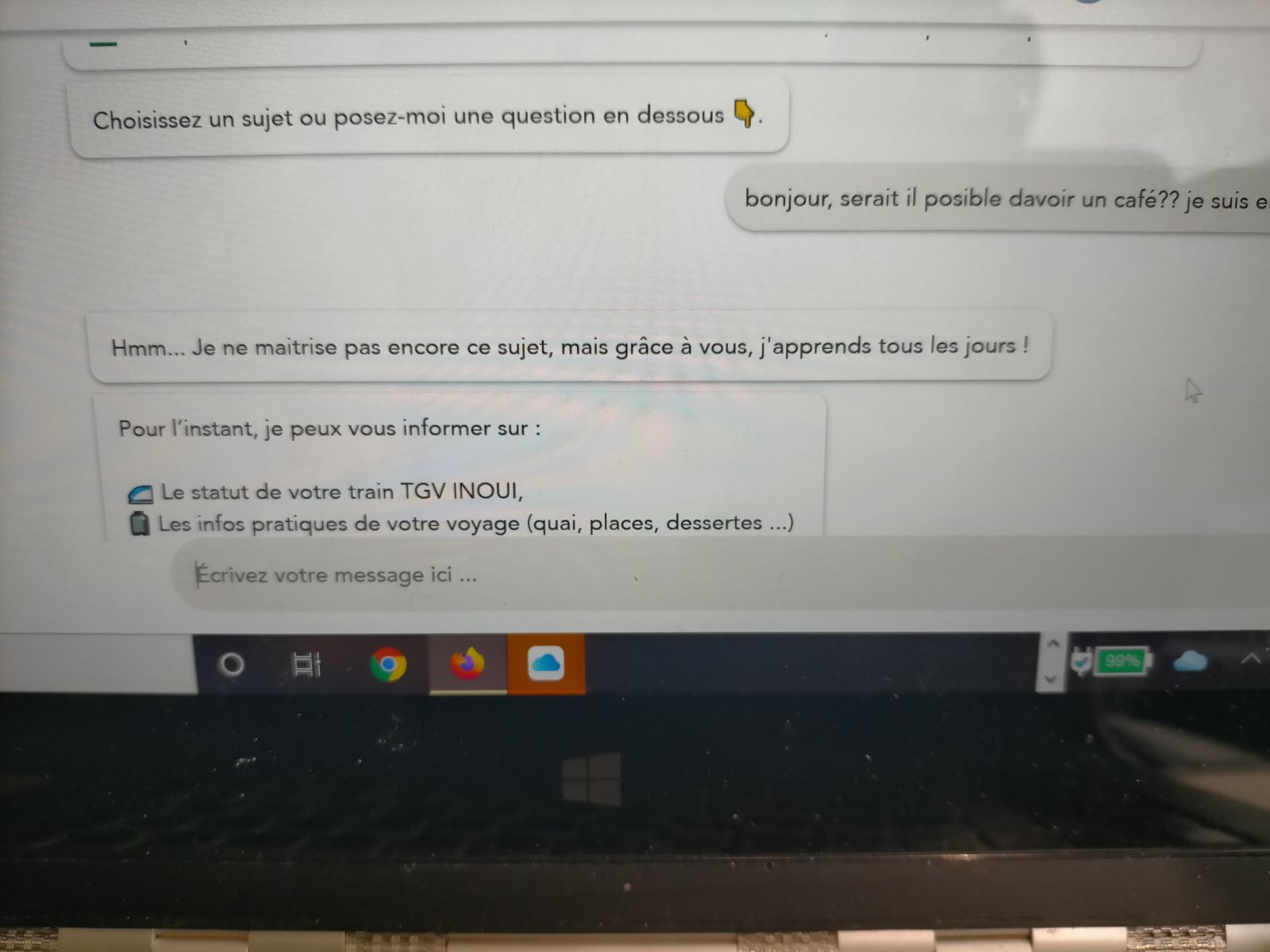 The rest of the trip, arriving late at Part-Dieu, will only be a series of disappointments. Wifi, even with dual credit devices, is stupid. And no coffee, no treats, not even a glass of water. “I have the impression that the service will not be delivered”, the controller tells us with an embarrassed air, when after an hour’s journey we ask him when breakfast will be served.

Good prince, we offer a solution to this annoying situation: “Do not join! The barbeque is open, come with a long coffee and something to snack on, I’m hungry”. Having recently been fined in a TER in the Center region for unclear reasons, we are not willing to let it pass. 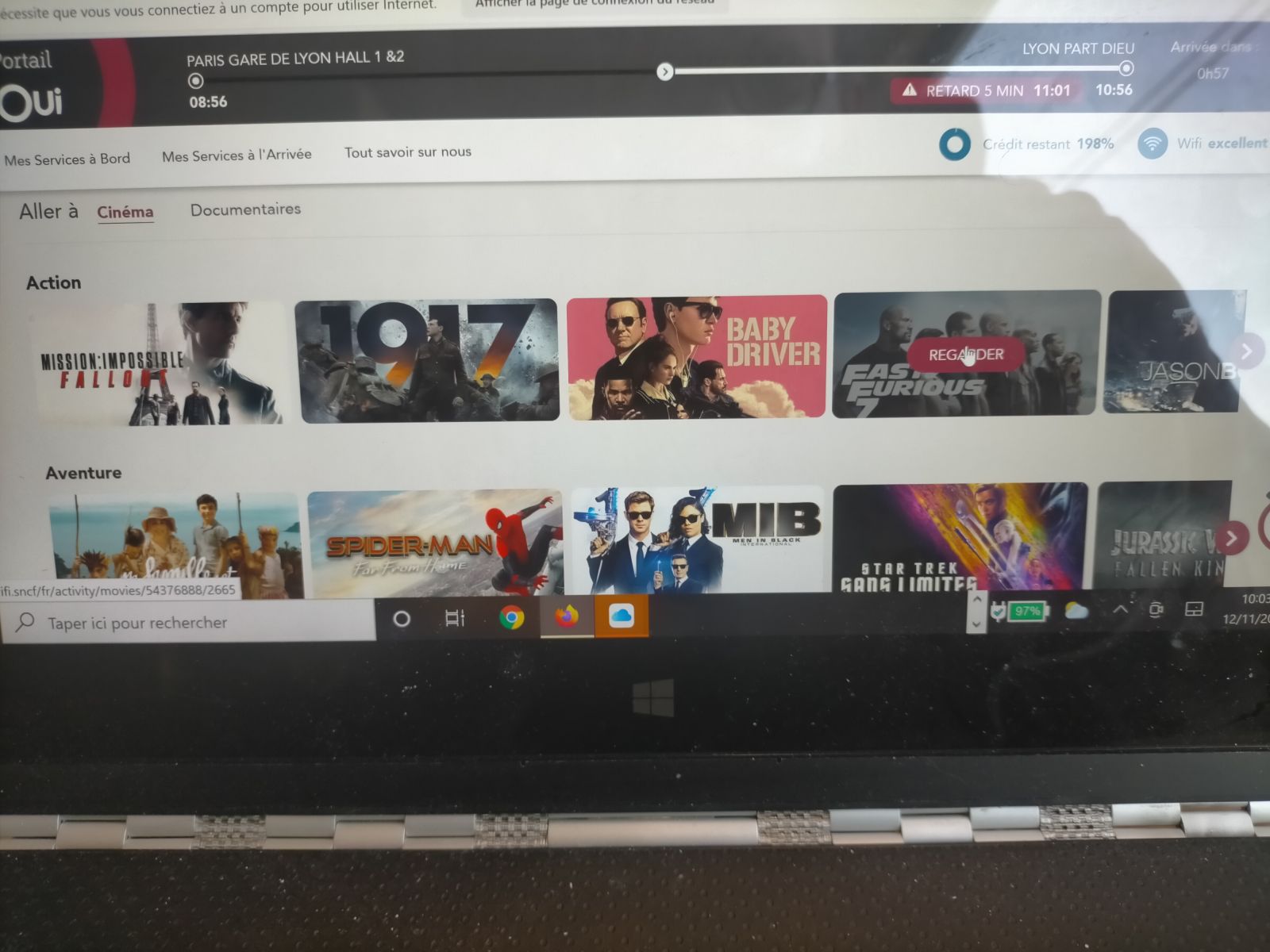 Annoyed that we dare ask him for a drink, as if he were a vulgar servant, the agent in the cap turns on his heels before we can remind him of the exorbitant price this ticket and his phantom class cost us. A neighbor in an accident launches disillusioned: “It’s theft!” And there is no doubt about that. But we’re on the wrong side of the hat and can not immediately demand a fixed fine from the culprit: the Railway Group, which in the meantime has still not responded to the numerous complaints to its customer service.