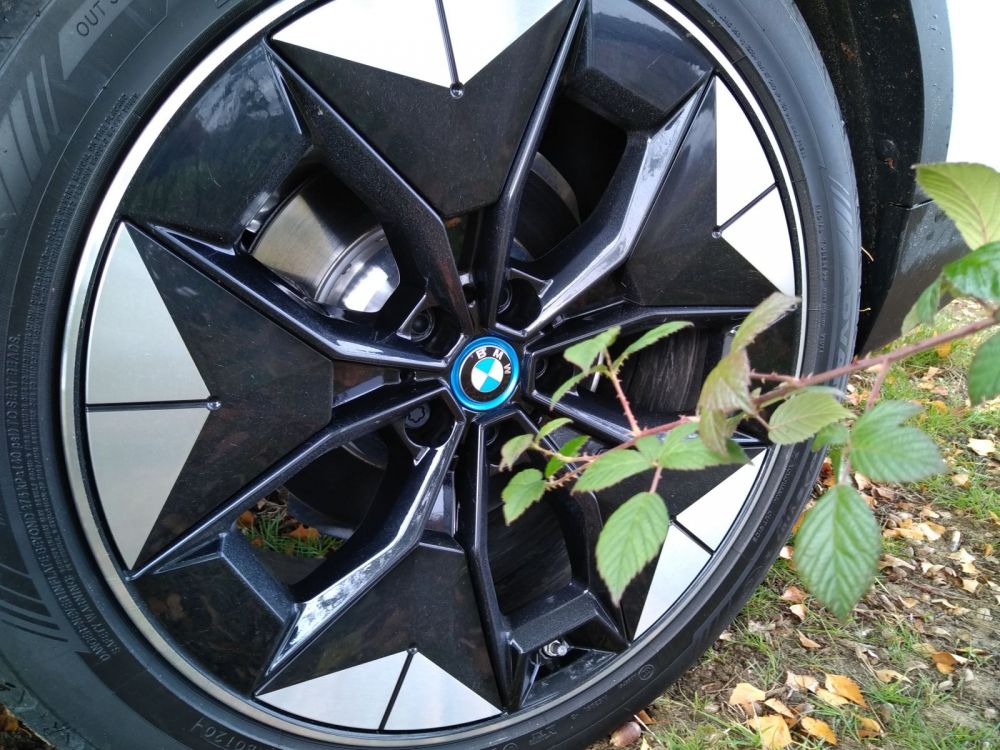 In a study published in April 2022, the Ecological Transition Agency (Ademe) notes that the tightening of standards and the generalization of the exhaust filter since September 2018 have led to a reduction in the amount of fine particles emitted during the combustion of premium fuel and diesel. The relative proportion of these carbon particles also tends to decrease compared to rubber, brake and road dust, as the number of vehicles with 100% electric traction increases in traffic. And it does not get any better, because the various brake particle collection systems that have been successfully tested are not yet mounted on Mr. Everymans bil.

It is precisely the “typical compact sedan for the average European motorist” that the British analysis company Emissions Analytics tested under real traffic conditions. Inflated to the recommended pressure, its four tires emitted 5.8 grams of particles per kilometer, while the exhaust emitted only 4.5 grams per kilometer. The researchers conclude that “the particles torn from the tires can be up to a thousand times more than from the exhaust”. Consolation, these microscopic fragments of chewing gum and silica are less fine (and perhaps less harmful) than carbon particles resulting from the combustion of diesel and gasoline, classified as carcinogenic by the WHO since 2012.

According to the Joint Research Center of the European Commission (JRC), brakes generate between 16% and 55% of particles with a diameter of less than 10 µm (PM10), depending on traffic conditions. As for the wear of the tires against the road, it would be the source of 5% to 30% of these PM10, of which 28% to 59% would be resuspended by mixing the air as the vehicles pass.

For the same size, the electric car must emit more rubber particles than the thermal car, given its overweight of several hundred kilos. The fault of the mass of its electric energy accumulators, placed in battery in a solid metal box designed to withstand deformation in the event of a collision. 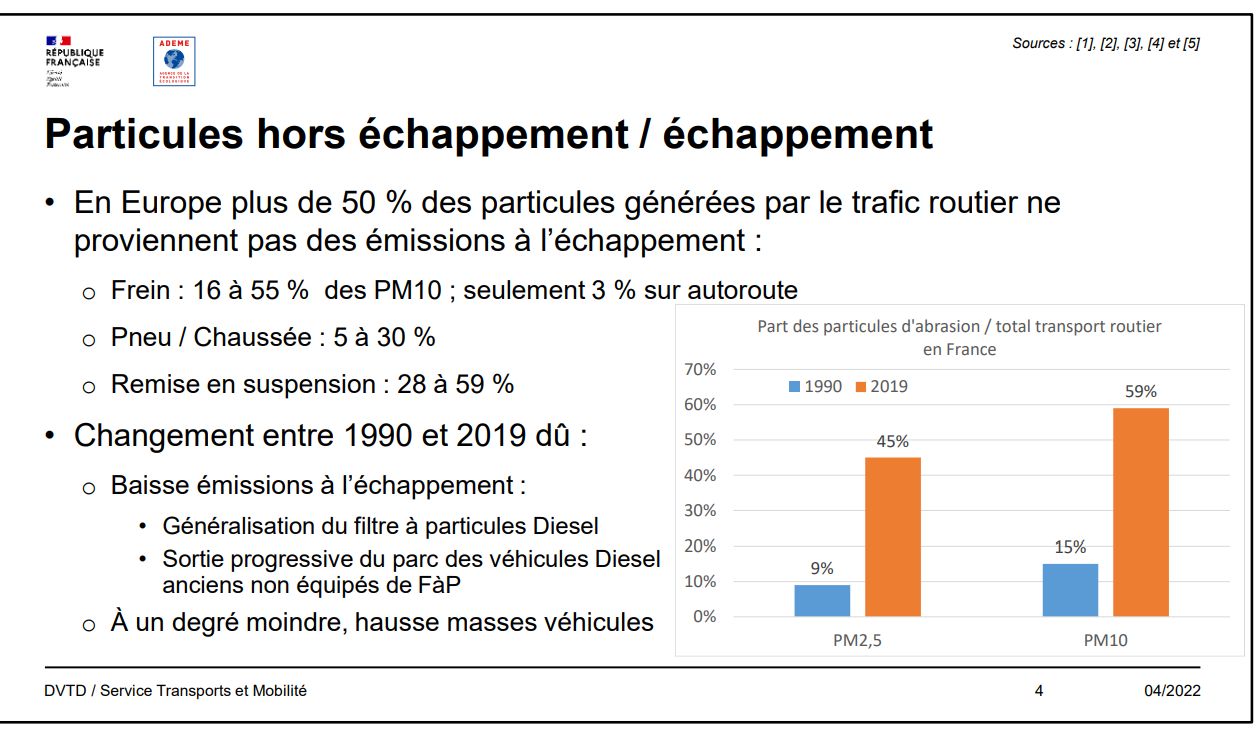 Inevitably, the tires suffer. Manufacturers can take into account the limitation of the mass in their specifications, but the treads wear relatively quickly – although their composition promotes endurance and reduces rolling resistance, to the detriment of durability. More stressed, the road also deteriorates faster.

All this is verified in the Ademe report, which notes that if “thanks to regenerative braking, electric vehicles emit fewer particles from the braking system than vehicles with internal combustion engines (3 and 25% of the particles excluding PM10 exhaust, respectively)”, their mass is “greater than their thermal equivalent “. PHE PM10) increases with the range of the electric vehicle due to the increase in battery mass and tire width.

On the tire index, the electric car regains the advantage in terms of particles due to wear on brake pads and discs. Because it performs most of its braking solely on the holding power of its electric motor, which shifts from driving mode to that of the generator as soon as the driver releases the accelerator. This so-called regenerative braking makes it possible to recharge the battery and only use the bricks for the very end of the braking. Or when the fully charged battery refuses any charge – which sometimes happens on a plug-in hybrid, but almost never on a pure electric one, with a larger battery. 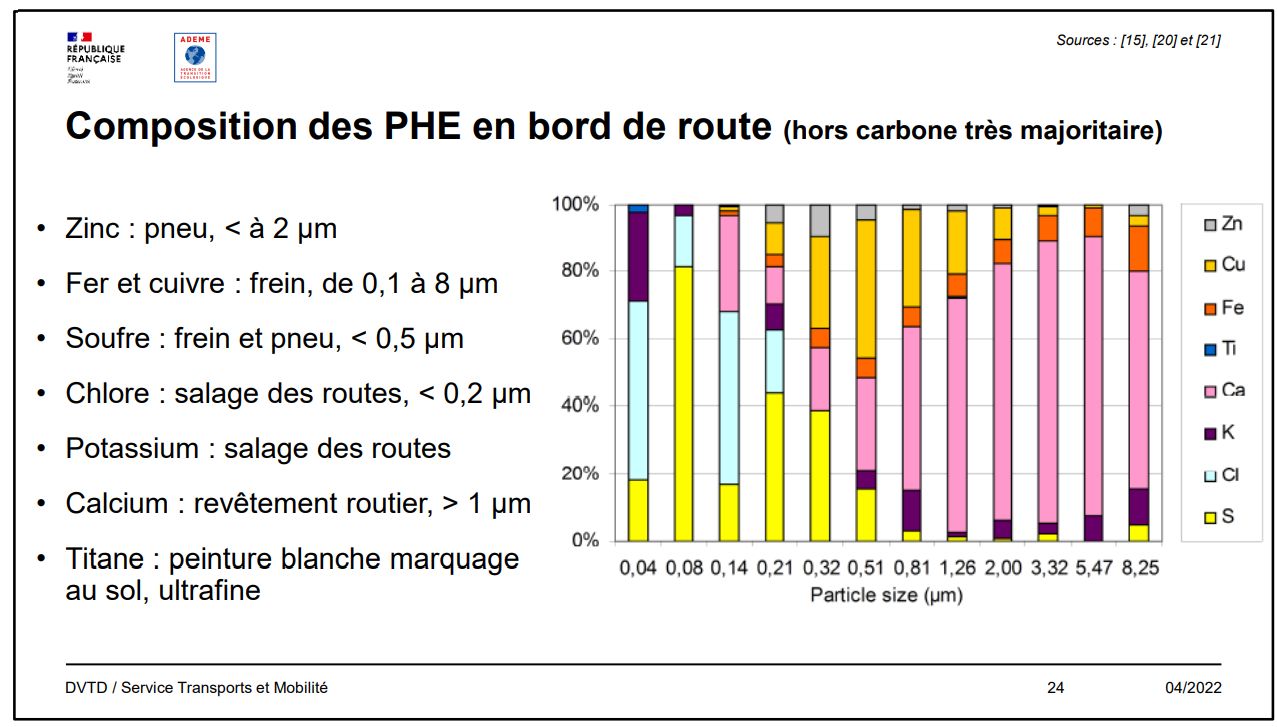 The French manufacturer DS Automobiles intends to go further and one day do without the “discs and pads” system. Admittedly, these bodies still feature his very remarkable DS E-Tense Performance prototype, which was unveiled in February 2022. But the director of DS Performance confirms that this race car inspired by the single seats in the Formula E Championship could very well do without them. Its regenerative braking system has a braking power of 600 kW, similar to that generated by the traction of the pair of electric motors. The secret? An accumulator battery that is capable of charging very quickly and with very high power, without having to resort to supercapacitor technology.

One day, perhaps, this ultra-powerful regenerative braking technology will be generalized to mass-market vehicles, subject to a change in the rules that currently require the presence of the “disc-pad” pair. Manufacturers have an interest in it, if nothing else to save space and weight. They would also spare themselves the delicate fine-tuning of the transition phase between regenerative braking and friction braking, which generates jerks and unpleasant variations in pedal effort.

Above all, the disappearance of the friction component in the brake system would definitely solve the problem of the dust it generates and the complexity of its collection. There is a lot at stake because the future Euro 7 standard being discussed in Brussels could introduce a maximum threshold for brake dust emissions within a few years.