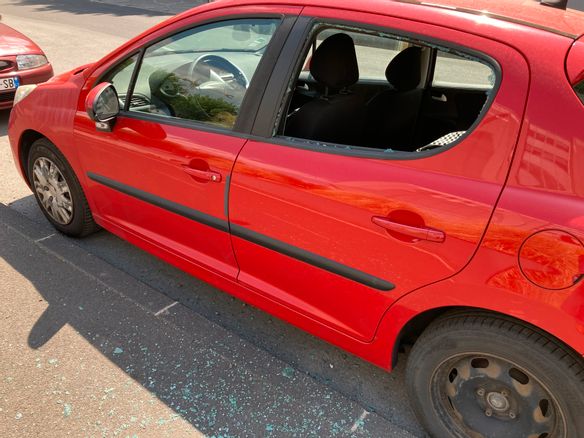 He parked in front of the SNCF station in Clermont-Ferrand

On Sunday, May 8, at 8:30 a.m., the motorist became angry when a police patrol approached him while, despite the ban, he was parked in front of the station, avenue de l’Union-Soviétique. The police asked him to leave. But the situation would have turned into outrage or even death threats. An attitude that will lead the 38-year-old motorist, next August, to the criminal court to explain his behavior.

Masked and hooded, he was in possession of cannabis in Clermont-Ferrand

On Daniel-Mayer Boulevard, Saturday, May 7, around 10:30 p.m., his attire – he was wearing a mask and a balaclava – caught the attention of BAC police officers. The 17-year-old was therefore checked. He was in possession of a knife, 30 g of cannabis resin and 520 €. Part of the money (€ 300) had been given to him by his mother – the amount was returned to him – but he could not justify the origin of the remaining € 220, which was confiscated. He is summoned to court in June next year as part of a criminal settlement for possession of narcotics.

She loses control of her car in Ardes-sur-Couze

This Sunday, at 3.20pm on RD 125, firefighters rescued a motorist in the town of Ardes-sur-Couze. The 37-year-old motorist allegedly lost control of his car in a curve. The victim was transported to Issoire hospital. COB gendarmes in Saint-Germain-Lembron were responsible for the results.

Collision between a motorcycle and a car in Auzat

Also this Sunday, this time in the city of Auzat-la-Combelle, a motorcycle and a car involved a traffic accident. The collision happened at the intersection of Avenue des Acacias and Avenue Laurent-Delhaye around 2pm. The 21-year-old motorcyclist allegedly hit the front of the vehicle led by a 23-year-old man. Wounded, the pilot of the two-wheeled car was transported to the hospital in Issoire. COB gendarmes in Brassac-les-Mines were on site.

Broken glass on the sidewalk, broken windows … A bad surprise on Saturday morning, May 7, for the owners of cars that were vandalized on rue Serge-Gainsbourg in Clermont-Ferrand. The windows of four vehicles have presumably been smashed overnight from Friday to Saturday.

Fire in an apartment rue du Montais in Montluçon

A fire broke out in an apartment on the ground floor of a four-storey building, rue du Montais, in Montluçon, on Saturday, May 7, around 1:45 p.m. Thirteen firefighters from Montluçon and Néris-les-Bains quickly intervened and brought the disaster under control. Twenty-one people had to be evacuated. Three people were bothered by the fumes, but only two were driven to the hospital. Police officers, GRF and Enedis agents as well as an elected official from the city of Montluçon went to the scene. The occupants of the building were able to return to their homes with the exception of the occupant of the apartment from which the fire started. She was moved by City Hall.