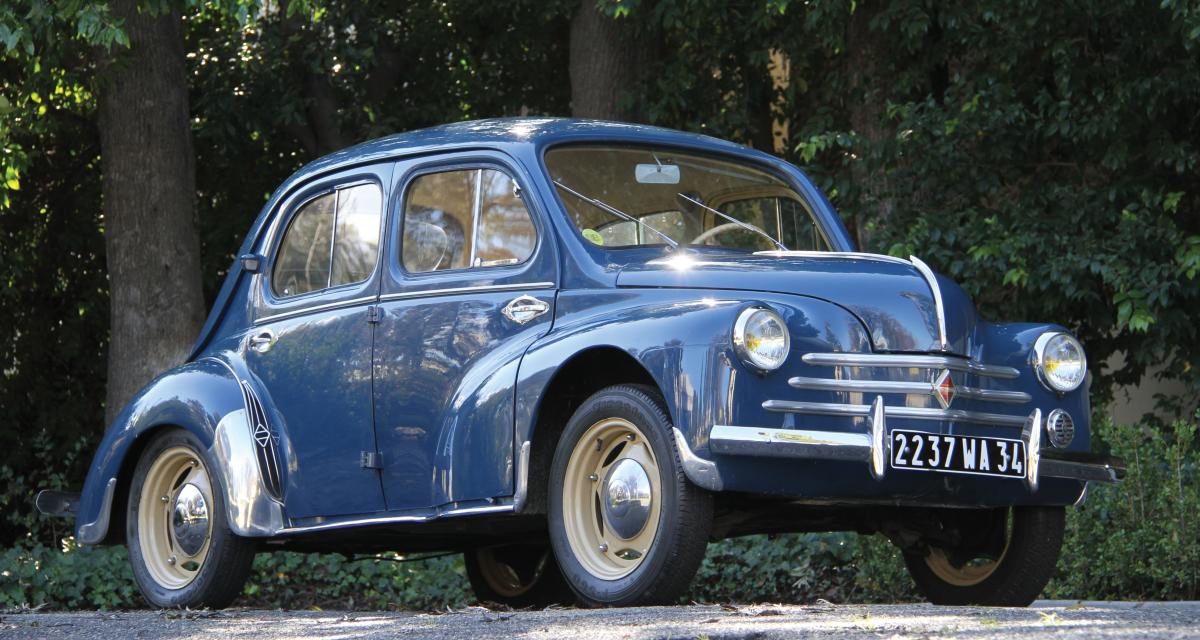 By searching curiously in old magazines from the 1950s, we found some gold nuggets in the car market of that time, and we thought it would be good to share them with you.

We thus encountered an intriguing review of the car show in 1954, where the Citroën 2CV was still the queen of popular cars in France, and where Peugeot produced only one model, the 203.

It was a time when President René Coty proudly displayed a cigarette in his hand in a ceremonial costume at the Elysée Palace, and where driver Jean Behra spent his final year in Gordini before coming to Maserati. .

Some brands, forgotten by ordinary mortals, but which today delight collectors like Talbot, Salmson or Simca, were still in operation and offered some great looking models.

In 1954, Renault had the mythical 4CV in its catalog available in five variants, from the basic commercial to the much more sophisticated “Grand luxe convertible” version. The prairie and frigate models could also be ordered.

At the time, the Sochaux manufacturer Peugeot had only one model in the catalog; 203. A vehicle that the following year was to be accompanied by the all-new 403. All those who are nostalgic for Nationale 7 remember this great family sedan, of which more than 1.2 million were produced. Peugeot’s one-model policy at the time was an unfortunate legacy of World War II, which allowed the manufacturer to stay afloat financially. This was followed by a new rise in power for the Lion brand during the period of the Glorious Thirties.

Finally, the manufacturer with chevrons, Citroën, 2CV, 11CV and 15CV, offered a series already well developed before the arrival of the revolutionary DS the following year.

Other small producers producing in France also had their place at the time: Lucien Rosengart’s eponymous brand, founded in 1928, offered a single coupe for sale. In 1954, this little manufacturer began its final year of in-car production before disappearing.

The richest French could turn to French luxury productions (Delahaye, Salmson, Talbot) or a few Americans made in France, such as the prestigious Hotchkiss (Monceau and Agay).

Ford had a good selection of models, with a whole range spread across the old continent: Vedette, Vendôme, Comette and Monte-Carlo.

Below you will find the list of vehicles for sale in France in 1954 and their corresponding price (in old francs). As a reference point, consider that the guaranteed minimum wage (or SMIG, ancestor of SMIC) at that time was about 20,000 old francs a month.

In 1954, almost ten years after the end of the Second Great War in Europe, car manufacturers gradually revived their industry and already offered many models to suit all budgets. Citroën imposes its 2CV as a reference on the popular vehicle market, with an appeal price that defies all competition and is about to launch its biggest revolution: the DS (Salon 1955). Peugeot continues its single-model policy, which was adopted after the war with the 203 available in all its variants, a year before the presentation of the much more modern 403 sedan. Renault is betting on diversity with 4CV, Prairie and Frégate, while the many other manufacturers are still in the game (Panhard, Salmson, Delahaye, Talbot, etc.).