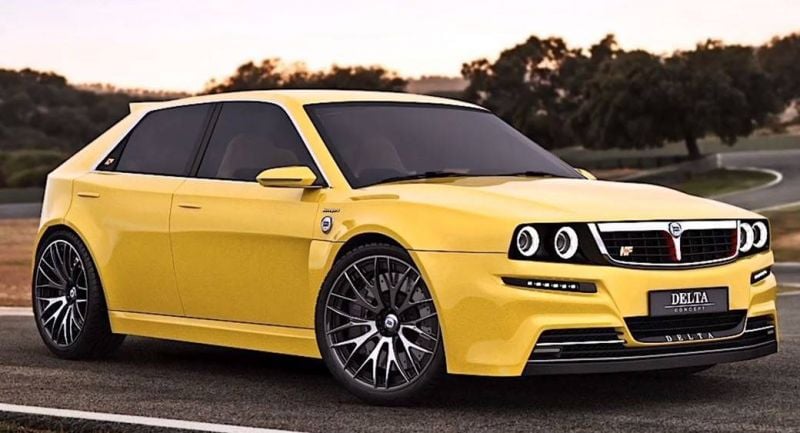 The car brand Lancia will relaunch in Europe as the standard carrier of “Italian elegance”, with three new models, including two electric, by 2028, its director Luca Napolitano recently indicated. After gradually withdrawing from all its markets, the Italian brand sold only a single model, its small Ypsilon, made in Poland, and only in Italy, where it is number 3 in sales after Fiat Panda and Fiat 500..

In 2021, its parent company Fiat-Chrysler merged with Peugeot-Citroën to form the Stellantis Group, and Lancia fans again feared its death. But Stellantis boss Carlos Tavares has decided to relaunch the small brand within its “premium” division along with Alfa Romeo and DS. He sent his design manager Jean-Pierre Ploué to Turin to oversee the small team imagining the shapes of the next Lancias. These Lancias will share their technical aspects (computing, engines, chassis) with their sister brands. But while the Alfa Romeo is relaunched especially in the SUV segment, with a very sporty identity, Lancias will focus on “Italian elegance: discreet, with refined details”, stressed Luca Napolitano. “We will succeed if the quality is there, as we do in other areas of expertise, such as cinema, art, fashion, gastronomy,” remarked Mr. Napolitano. Inside, the Lancias must be “intuitive” and adapted to the driver’s mood, according to the SALA concept (sound, air and light increased, but also “dining room” in Italian).

Beginning with Italy, the brand will then spread to other European countries, for example where one appreciates “the Italian design and lifestyle”, explained Mr Napolitano, who previously led the Fiat brand in Europe. Prices will be revised upwards and Stellantis has not yet indicated where the new models will be manufactured.

A new Ypsilon will hit the market in 2024 in hybrid and electric versions, larger and more “masculine” than the current city car, a driving car that was primarily aimed at city customers. A “flagship”, a luxury sedan, will follow in 2026 in a 100% electric version. If so far it was called Aurelia, as a tribute to its elegant ancestor from the 1950s, “the project has taken a different direction”, the director of the brand pointed out. Another electric car, a compact called Delta as in the 1980s, is planned for 2028. The brand will be 100% electric by 2030, as will the entire Stellantis Group in Europe. 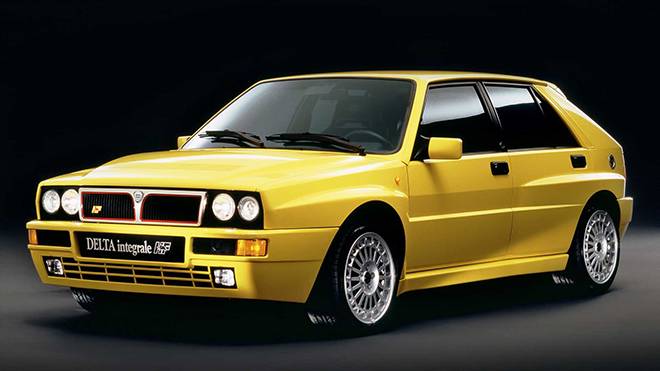 For 2028, Lancia has planned to relaunch its compact Delta, which had been the queen of the World Rally Championship with its version dubbed Integrale. To the left the prototype of the new Integral and to the right the model king of the rallies of the decades 1980-1990. Photo DR

Lancia was founded in Turin in 1906 by entrepreneur and driver Vincenzo Lancia, before it became synonymous with Italian elegance and then the queen of car shows in the 1970s to 1990s inclusive. Lancia was taken over in 1969 under Fiat’s control and saw its sales collapse in the 1990s era. At the end of this year, Lancia will begin communicating about its “rebirth” and plans to roll out its dealer network in parallel with Alfa Romeo.

Will Lancia also make a comeback in motorsport, where their Stratos, 037 and Delta models won it ten world championships in rally with manufacturers? “Every CEO dreams of returning to motorsport. But this is not foreseen in the first part of the plan. It is more concrete and humble because it will not be easy,” replied Luca Napolitano. “But if we are favored, why not?”

The car brand Lancia will relaunch in Europe as the standard carrier of “Italian elegance”, with three new models, including two electric, by 2028, its director Luca Napolitano recently indicated. After gradually withdrawing from all its markets, the Italian brand sold only one model, its small Ypsilon …