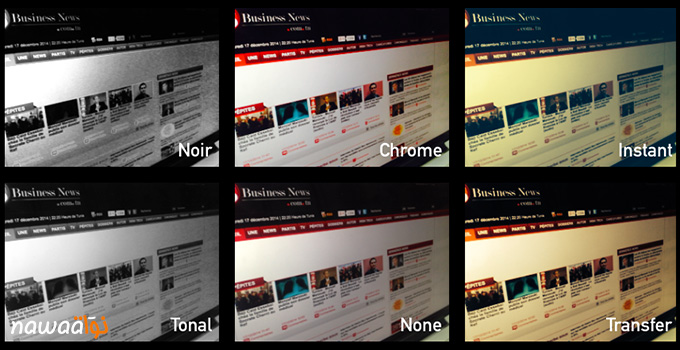 Propaganda is for democracies what violence is for dictatorships. Noam Chomsky.

Nizar Bahloul really should consider this phrase because he is, voluntarily or involuntarily, a master of the art of propaganda. In fact, Nizar Bahloul is far from journalism, where it is only truth, integrity and loyalty to the citizens that dictate the editorial line, but he is rather in the case where one comes with a bias and a base of dogmatic beliefs that we try to justify by twisting, distorting and hand-picking facts.

In his newspaper “Businessnews”, which more correctly should have been called “PropagandaNews”, he and his team, by praising Béji Caid Essebsi (BCE) and Nidaa for us all day, sometimes we do not. can not help but wonder if we are not on the official site of the BCE election campaign! Moreover, in the last three years, there has never been any article that speaks well of the troika. Absolutely none!

And it’s the same for Moncef Marzouki. He does not even get the benefit of the doubt about everything he has done and everything he has said. On the other hand, we are certainly not ashamed to systematically and methodically erase and hide his long years of activism against the dictatorship, to dwell only on details which, once taken in their context, are extremely insignificant. Moncef Marzouki is at this point a schizophrenic who, after spending his life fighting the dictatorship and preaching democracy, himself will become a dictator and an extremist when in power? Then came Nizar Bahloul; give me a break!

The climax of the irony is that instead of lamenting the fact that we have missed a historic opportunity to lay the foundations of a true democratic tradition in our country, Nizar Bahloul indulges in his propagandistic impulses and tries at length to justify to us, why BC right to reject the debate with Marzouki. Coming from a journalist who should have shown better judgment, this attitude is doubly ill and shocking and should in itself be enough to disqualify him forever from the camp of impartial and honest journalists.

Indeed, by virtue of his mission and vocation, a true journalist can in no way stand on the side of those who oppose debate and discussion, and he must never resort to the political rhetoric behind which such or such a candidate hides, regardless of the circumstances.

To return to the “why” of this refusal, which was vehemently defended and reasoned by Nizar Bahloul, it is obvious that the explanation put forward is based on a completely erroneous argument. To escape this democratic exercise and for fear of leaving a few feathers behind, BCE contented itself with drawing the parallel between [Marzouki vs BCE] and [Le Pen vs Chirac]. The problem is that this is a bad example at best, not to say that the comparison is fundamentally flawed.

By 2002, French democracy was already well-established, and therefore the fact of “zapping” a debate was much more of an election maneuver on the part of Chirac than anything else. On the other hand, in our case, democracy is always a ” work in progress »Which we are not even sure will see the light of day. Faced with the strong comeback of the former RCDisters, many citizens, including myself, have legitimate fears that this long and painful period of pregnancy will end in a stillborn democracy. Thus, unlike the French context of 2002, it is urgent to establish democratic traditions in Tunisia, and that is why it would have been more patriotic (since Mr Bahloul gives us lessons in patriotism!) To organize this meeting, not just to put up. the basis for democratic debate and setting a precedent.

Having said that, no matter what Nizar Bahloul and the Nidaaiites say, it is clear that by rejecting the debate, BCE is proving once again that he has understood nothing about democracy and that he does nothing but hide behind it. image that Karoui & Karoui have. carefully cared for him. As for Nizar Bahloul, true to his convictions and his propagandistic editorial line, he took the chance to drive the point even further home, while missing an opportunity to show us that he still has the reflexes as a real journalist.

But unfortunately, in these times of political divisions and polarizations, it seems to me that Nizar Bahloul, motivated and inhabited by I do not know what reason, is not even interested in impartial and balanced journalism. Maybe for him, this kind of journalism is too boring, and which above all does not allow to generate income via ” ads »Advertisers. In fact, we must not lose sight of the fact that Businessnews is, above all, a company that necessarily seeks to maximize its profits. Thus, journalistic sensationalism, which is practiced there at all costs, seems to be the optimal commercial strategy that Nizar Bahloul has chosen to conquer market share. After all, the client (the reader) is king, and the goal is by all means to satisfy this client (reader) who is eager for well-wrapped populist arguments that fit perfectly with their political beliefs.

Either way, in post-revolutionary Tunisia, Nizar Bahloul has every right to practice the journalism that suits him. It is important to remember, however, that he did not obtain this right by serving as the Pluvians of Egypt for the taycoons of the ancient regime, but rather through the sacrifices of the hundreds of martyrs who fell for him to enjoy this right.

So, Nizar Bahloul, please write what you want, but spare us the speech that monopolizes the fatherland and patriotism. First, as far as I know, you are not a guardian of any of them, and then it reminds us too much of the practices of RCDisters and ZABA, which I imagine you know quite well!

That is the opinion of a simple citizen who, according to Nizar Bahloul’s logic, is extremely unpatriotic!