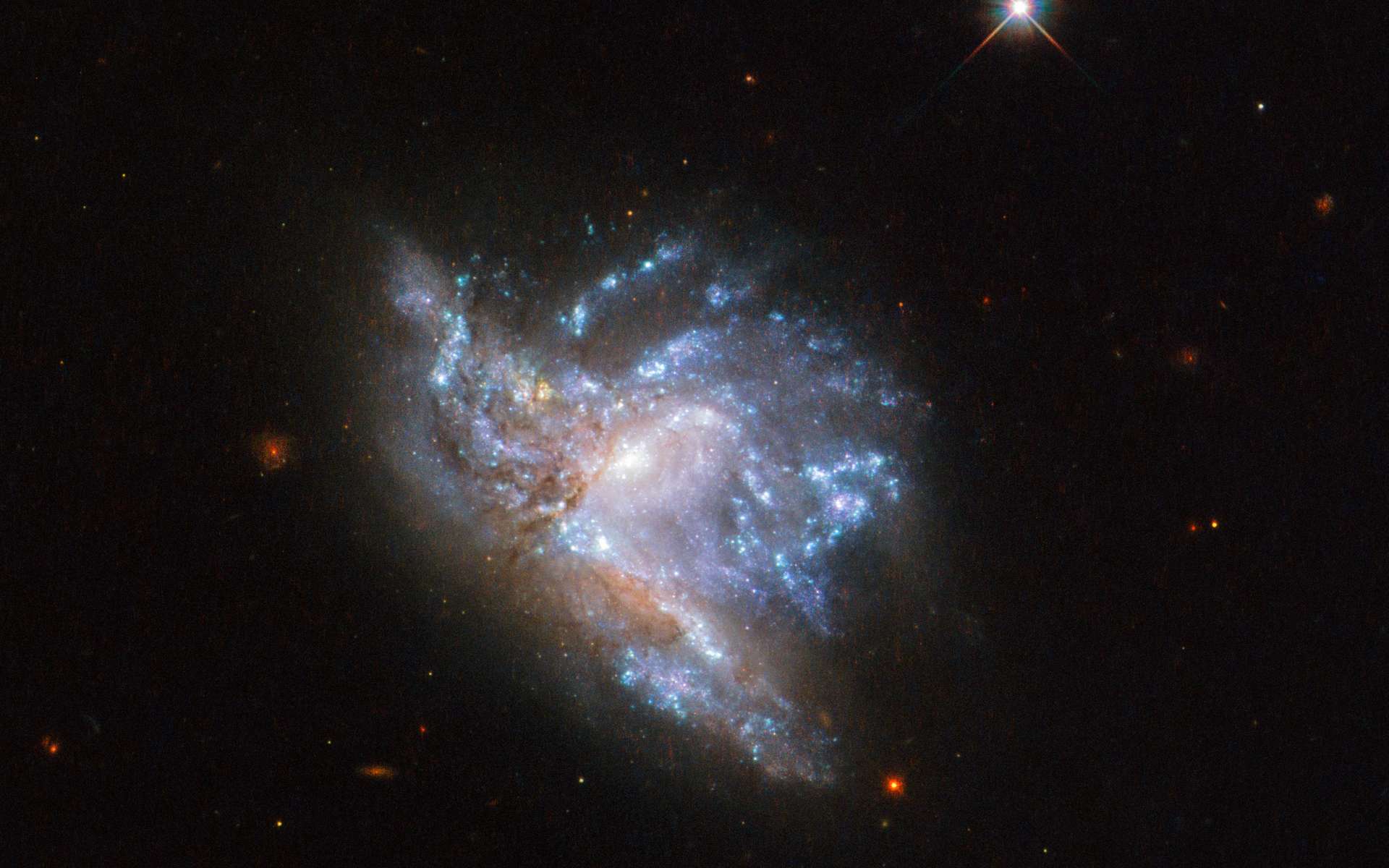 Most galaxies, including our Milky Way, grow through the accumulation of new materials that cause new stars to form. Researchers at Arizona State University suggest that the delivery of these materials to a galaxy is associated with intergalactic gas clouds.

It is a relatively well-known fact: in their training process, galaxies accumulates large amounts of matter to form new ones stars, which allows their growth. But the origin of these materials and the mechanisms that connect them to the formation of new stars are still unknown. Previous research in the field of star formation suggests that some galaxies produce more stars than their gas supply would allow, which necessarily involves an influx of gas from external sources to support the formation of new stars.

From the Big Bang to the formation of the first galaxies

That first galaxies began to form a few million years after big bangthanks to small variations of density within one Universe completely homogeneous. It is so gravitational force which would have taken over to give rise to the first clusters of galaxies, following two possible models currently proposed and discussed: the first, “from the largest to the smallest”, suggests that matter was first formed clouds fighters who, after collapsing about themselves under the influence of gravity, would have given birth to galaxies. The second, “from the smallest to the largest,” believes that small concentrations of matter forming irregularities in the universe would have given rise to matter clouds and then to sets of stars to form protogalaxes; these sets would then have fused together under the influence of gravity and formed larger galaxies.

That astronomers are currently seeking to combine these two models with their observations. Still under the influence of gravity, large galaxies tend to absorb surrounding smaller galaxies (we even talk about “cannibalism”) to grow, without necessarily forming new stars. This phenomenon of fusion of galaxies is quite well known and observed (our Milky Way would currently absorb andromeda galaxies). But the origin of galaxy growth via the production of new stars (and therefore the supply of new materials) is poorly limited.

Arizona State University astronomers performed statistical studies, based on observational data from telescopes Arecibo and Hubble. They were then able to determine the origin of the gases, which enabled the production of new stars thanks to cross-correlation methods (quantification connection between two phenomena): thus gaseous galaxies would be connected to gas clouds located in the intergalactic space.

Although their conclusion seems to indicate that these galaxies would gradually accumulate matter from the intergalactic medium, astronomers have not yet been able to directly observe a flow of gas. ringbind these galaxies to intergalactic space. They hope to be able to make further observations in the future, with more extensive star cover, in order to observe the connection between the galaxies and the intergalactic medium and possibly identify the path that the gas travels to reach the inner regions of galaxies where stars usually produced.